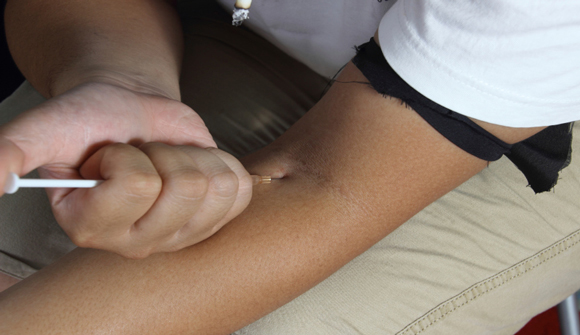 [Note: this article proceeds from two assumptions. First, drugs can be abused but the abuse could not possibly be more destructive than the War on Drugs has been. Second, drug use is in no way the same as drug addiction.]

"The American narcotics problem is an artificial tragedy with real victims."

America has a drug problem. It is reflected in local newspapers such as the Herald Times Reporter (Oct. 9) that stated, "In just two years the number of heroin deaths has increased 50 percent in Wisconsin." It is reflected nationwide; Slate (Oct. 3) stated, "Deaths from heroin overdoses have accelerated, doubling in just two years, according to … the Centers for Disease Control and Prevention."

An under-discussed aspect is the pivotal role government has played in creating a drug problem, especially through war and returning soldiers.

The first American war in which drug addiction was documented, both during and afterward, is probably the Civil War (1861-1865). The drug was opium, especially in the form of morphine. Touted as a wonder drug, morphine was often administered through the then-recently developed hypodermic syringe. Both sides used it as an anesthetic in field hospitals, a general painkiller and a 'cure' for diarrhea. One Union officer reportedly made all under his command drink opium daily as a preventative for dysentery. As many as 400,000 soldiers are said to have returned home with an addiction. Many continued to use morphine thereafter to dull the agony of war wounds, both physical and psychological. The addiction was called the "Soldier's disease."

World War I (1914-1918, U.S. 1917-1918) has been called the "Tobacco War." By then, opiates were controlled but the government wanted something for soldiers to ease the periods of long boredom and calm stress. The solution: cigarettes. According to the Tobacco Outlook Report put out by the USDA, at the turn of the 20th century, the per capita consumption of cigarettes was 54 a year with less than .5 percent of people consuming 100 a year. And, then, cigarettes were distributed to millions of American soldiers as part of their military rations. By the end of the war, an estimated 14 million cigarettes were being distributed on a daily basis. In a 1918 cable from France to Washington, D.C., General John J. Pershing wrote: "Tobacco is as indispensable as the daily ration. We must have tons of it without delay. It is essential for the defense of democracy." Tobacco use soared after 1918.

In World War II (1939-1945, U.S. 1941-1945), nations on both sides gave its military men liberal amounts of amphetamine, a drug recently synthesized for pharmaceutical use. For example, in the 1930s, Smith, Kline & French (now GlaxoSmithKline) sold it as Benzedrine. A powerful central nervous system stimulant, amphetamines were called "pep pills" and boosted both stamina and morale. A now-elderly relative of mine was involved in General George Patton's march toward Berlin; he described staying awake and walking for days because of the 'go pills.' The U.S. Air Force was particularly notorious for 'drugging' pilots to keep them alert on long-haul missions. America continued to hand out amphetamines up to the invasion of Iraq in 1991.

Information on drug use during the Korean War (1950-1953) is thinner, perhaps because the government became less transparent and actively denied accounts of 'illegal' drug use. The government did continue to distribute amphetamines, however. And a factor that would characterize wars thereafter rose to prominence. The arena of conflict and areas adjacent to it were sources of plentiful, cheap drugs. The use of local product was often officially discouraged but this does not mitigate the responsibility of authorities for depositing young men in high stress arenas where addictive drugs flowed. In his book The Korean War, Paul M. Edwards stated: "The Department of Defense reported that in the Far East Command, the number of men arrested for narcotics abuse tripled since 1949. … The amount of heroin seized was about three times the amount. In some cases, usually around the port cities, it was not unheard of that 50 percent of their men were involved in drugs. …"

The Vietnam War (major U.S. involvement 1965-1975) became the first in which soldiers' drug use received mass media attention. Marijuana and heroin were readily and cheaply available on the Indochina market, with amphetamines still being officially supplied. By 1969, the military was reportedly arresting more than a thousand soldiers a week for possessing marijuana. Some accounts blame the pot crackdown for driving soldiers to heroin. A 1969 investigation by Congress found that 15-20 percent of soldiers in Vietnam used heroin regularly. This prompted Rep. Robert Steele, head of the investigation, to claim that a "soldier going to Vietnam runs a far greater risk of becoming a heroin addict than a combat casualty." It was a risk that hyperbolic politicians were willing to inflict on young American males. It is estimated that at least 40,000 veterans came home as heroin addicts.

Vietnam may have pioneered another means by which government and war promote domestic drug use. Frank Lucas was a black heroin dealer in Harlem who cut out the middleman by using contacts in the Golden Triangle to establish a direct relationship with a heroin source. Then he built "an army inside the Army" that facilitated an international drug network in exchange for bribes or other rewards. Heroin was shipped home in the false bottoms of military coffins. In short, Vietnam provided Lucas with the contacts, the personnel and the method of shipment he needed to create an incredibly successful drug empire.

The War in Afghanistan (2001-present) and surrounding wars are conducted in an area that is the world's leading producer of opium. According to official and tightly-controlled military sources, drug use among American soldiers is minimal. (Drug use among allies, such as the Iraqis, is widely acknowledged to be rampant.)

At least three factors call the official line into question. First, in July 2013, the National Institute of Health published a study entitled, "Introduction to the Special Issue: Drugs, Wars, Military Personnel, and Veterans." It stated: "Recent research suggests that the use and misuse of alcohol and prescription opioids (or POs such as OxyContin, Vicodin, and Percocet) are the signature substances associated with OEF/OIF/OND military personnel and veterans; for many, the consumption of these substances is causing additional challenges both for military personnel and veteran populations." (OEF/OIF/OND = Operation Enduring Freedom, Afghanistan/Operation Iraqi Freedom/Operation New Dawn, Iraq) It would be amazing if prescription drug abuse was prevalent while far more easily and anonymously obtained drugs were eschewed.

Second, in the earlier stages of the 13-year war, rampant drug use was acknowledged. A 2007 Salon article was entitled, "Afghanistan. It's easy for soldiers to score heroin in Afghanistan. Simultaneously stressed and bored, U.S. soldiers are turning to the widely available drug for a quick escape."

Third, newspapers have recently exploded with stories of an epidemic rise in America's heroin addicts. On March 21, a BBC News headline trumpeted, "The horrific toll of America's heroin 'epidemic'." In April, NBC News ran a 17-part series on the epidemic. The Washington Post (May 16) ran an article entitled "When heroin use hit the suburbs, everything changed"; which focused on heroin addiction becoming a white phenomenon. None of the stories mentioned the impact of war or that most soldiers coming home are white. Instead, like the ABC News coverage (July 31), they dwelt on the "doubling" of addicts as though it had no discernible cause.

What is the truth of it? Sometimes intentionally and sometimes not, often directly and often through circumstance, the American government is the greatest cause of drug addiction at home. And war is its conduit.