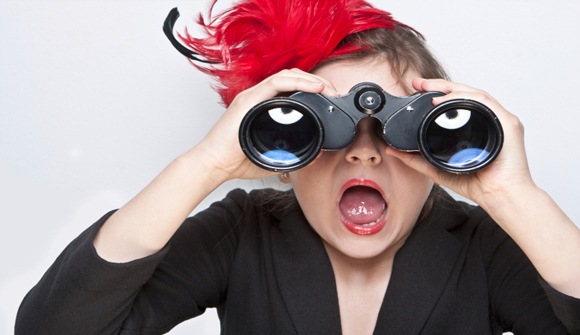 Microaggression. The word may soon be knocking on your door to demand supplication or another form of payment. Microaggression is the new politically correct campaign being launched by "disadvantaged" elites who are running out of even vaguely real transgressions to complain about.

What You Can Expect to Be Accused Of

Microaggression is unintended discrimination that demeans the "disadvantaged" even if the perpetrator does not intend to do so and is well-meaning. Coined in 1970 by Harvard psychiatrist Chester M. Pierce, it described unconscious racial insults delivered by whites to minorities. An example is a white teacher who asks a black student if he needs help with a math problem.

The concept includes micro-insults or insensitive communication such as asking an Asian coworker where she comes from; the question allegedly suggests she is a foreigner and not a true American. It also includes micro-invalidations that negate the feelings or reality of a black, such as speaking well of Southern cooking; the comment allegedly suggests an approval of past slavery. These behaviors lead to micro-inequities; the behaviors are conveyed through unconscious messages that allegedly devalue the "disadvantaged" in the subtle communication of facial expressions, gestures, tone, word choice, nuance and syntax.

In 1973, MIT economist Mary Rowe expanded Pierce's term to focus on discrimination against women. A classic example of microaggression against women is using the pronoun "he" to indicate people in general when it is also a gender-specific term. Merely substituting the pronoun "she," however, is microaggression as well because it sweeps the insult of the original situation under the rug.

The "disadvantaged" now include racial minorities, women, sexual minorities, the poor, the disabled … that is, any group considered to be marginalized. It includes almost everyone but white males or any white female who disagrees with political correctness.

Who You Can Expect to Accuse You

A predictable vector of transmission is PC feminism. And, as with the current gender insanity, it will begin on campuses. In fact, it already has. But seeing microaggression in everyone everywhere is not limited to feminists.

In 2013, Prof. Van Rust was fired from UCLA due to microaggressions against black students. Susan Kruth of the Foundation for Individual Rights in Education reported (Jan 8, 2014), "Rust's alleged offenses comprise his seemingly typical feedback on students' work. As demonstration leader … Kenjus Watson argued, Rust created a hostile climate in his class by, among other things, correcting "perceived grammatical choices that in actuality reflect ideologies." Another of the alleged microaggressions appears to be that Rust required students to use The Chicago Manual of Style …" In other words, he insisted that university students use the standard spelling and grammar they would need in professional life.

On December 5, Princeton University students set up a "Tiger Microaggressions" service through which students can anonymously report and publish microaggressions. The page calls this form of discrimination "papercuts of oppression" that are "small but slice deep." The National Review (Dec. 11, 2014) quoted the service operators as saying "microaggressions are all around us" and literally anything can qualify as a microaggression because "there are no objective definitions to words and phrases."

As a columnist for the Miami Herald commented (Dec. 29), "So if I write, The sky is blue you are perfectly within your rights to assume that what I actually meant is, 'Everybody but white guys should writhe in Hell for all eternity'. Because, really, who's to say?" His example may sound extreme … but it is not because there is no reductio ad absurdum possible with political correctness.

That became clear in a column by microaggression advocate Jessica Valenti in The Guardian (Dec. 10) in which she claims to love everything about Christmas. Except one thing. Gender oppression makes her responsible for wrapping presents for family and loved ones. While women are being trafficked in Africa, raped in Afghanistan, killed for 'honor' and having acid thrown in their face, the gender oppression of Western women devolves to being surrounded by what Valenti says is a loving family who hopes you wrap your presents to them. That expectation, in her own words, makes Christmas into "a godd*mn clusterf**k."

Why the Utter Madness?

A seeming simply question, the answer is multi-layered. Addressing just two aspects of the madness:

1) "There are no objective definitions to words and phrases." Without becoming philosophical or providing details, this statement comes from the belief that there is no reality whatsoever beyond what is constructed by the culture through its language, texts, history, assumptions of biological sexuality, philosophy, legal theory, etc. Objectivity and conclusions through reason and evidence do not exist; only the subject narrative presented by voices exists. In order to radically change society, it is necessary to deconstruct the current narrative and replace it with a desirable one; it is necessary for their voices to be the ones that are heard. The deconstructionist approach dates back to the postmodern philosopher Jacques Derrida and has been adopted in a wholesale, cartoon version by gender feminism.

As insane and vicious as it seem to reasonable and decent people, micro-aggression is the new cutting edge of political correctness and its subset of gender feminism.

The claim of microaggression is a justification for censorship and social control. To advocates, the slightest hint of insult becomes evidence of epidemic oppression in society. What you say, what you don't say, when you do not show up either to speak or stay silent … all of these can be evidence of microaggression. That is, as long as the act or non-act is committed by a white male or by someone who disagrees with the PC theory of victimhood.

The actual oppression occurs, of course, when micro-victims band together and harm those who have been "constructed" as oppressors, as they harmed Prof. Van Rust for requiring proper grammar. Those targeted by the micro-warriors are the true victims. And the self-righteous crusade of the privileged masquerading as the oppressed will continue until one thing happens. Individuals (especially white males) need to stop feeling guilty for their innocuous acts and non-acts. They must stop apologizing for the whiteness of their skin, their genitalia, their system of belief … Individuals must stop apologizing for the hubris of peacefully occupying space on the planet.

Your guilt is the main weapon wielded by the politically correct. Take it away.