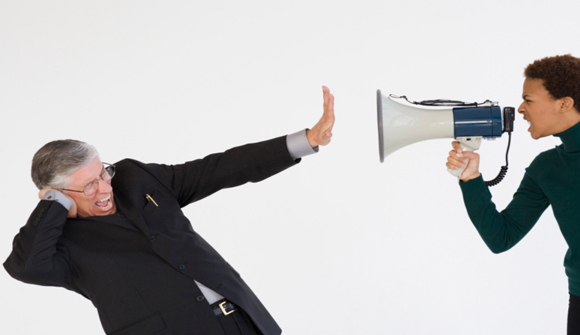 EDITORIAL
What is Social Justice?
By Wendy McElroy - February 26, 2015

"Circumstances such as where a person is born, where they live or their gender and ethnicity should never determine their income or their opportunities for quality education, basic healthcare, decent work, adequate shelter, access to drinking water, political participation or living free from threatened, or actual, physical violence." – UN Secretary-General Ban Ki-moon, on 2014 World Day of Social Justice

It is increasingly difficult to read news stories or listen to broadcasts without encountering the term "social justice." But what does it mean? The term's definition is fluid but it generally refers to the forced distribution of 'privileges' across society with an emphasis on providing wealth and opportunity to classes of people who are considered to be disadvantaged. The institutions of society, from government to private business, are tasked with providing equal access to such benefits of life as health care. The individuals of society are judged and granted benefits based on their income, the color of their skin, their gender or other factors by which they are defined into a category of 'advantaged' or 'disadvantaged.' Examples of public policies that reflect so-called social justice are progressive taxation, affirmative action and other forms of allegedly 'positive' discrimination.

The term "social justice" is usually dated back to the mid-19th century when it was coined by the Jesuit priest and scholar Luigi Taparelli. Taparelli believed that law should serve morality because unrestrained freedom harmed the cohesiveness of society even if the expression of freedom was nonviolent. A virtuous society required "positive law" that did not merely protect person and property but which also imposed moral standards.

More recently, a spin-off term has entered the popular vocabulary: social justice warrior (SJW). SJWs embody a radical left-wing ideology that expresses an aggressive political correctness by which 'incorrect' behavior and words are suppressed by the force of law whereas 'correct' behavior is promoted by law and tax-funding. PC feminists and other advocates of a progressivism tend to be SJWs that target white males as the nexus of oppression in Western society.

The term has become a pejorative because of the prominent harassment used by SJWs on forums such as the Internet or university campuses where they shout down dissenting voices and attempt to have the dissenters fired or otherwise punished. The SJW's activism seeks to impose a uniformity of far-left expression upon society and to force compliance from others. The act of argumentation – that is, an exchange of differing opinions – is rare. Instead, rage-filled invective is hurled at the dissenter so that every word is defined as hate speech. The tactic comes directly from Cultural Marxism, which is the forerunner of political correctness. According to Cultural Marxism the content of what is said – that is, the truth or falsehood of statements – means nothing compared to 'who' is making the statement. The class affiliation is everything. A SJWer checks a person's gender, skin color and sexual orientation in order to decide whether their words should be tolerated or whether they are speech-offenders.

In short, SJWs do not deal in truth or falsehood when engaging with others. Typically, SJWs will swarm or dogpile a website at which someone has posted an 'incorrect' sentiment; for example, a white man might make a joke about fat people that would have occasioned no notice if it had been made by a black woman. Using social media sites, like Tumblr or Twitter, a coordinated attack is launched on the individual. Or a speaker at a university is shouted down or suddenly uninvited. The SJW goal is to control the narrative, to own the ideas and words that can be spoken, the thoughts that can be presented. They rarely present evidence and often repeat 'facts' that have been debunked because all that is important is to drown out competing ideas. In essence, SJWs have no other choice because their ideas cannot be sustained in an open forum, a free market of ideas.

To the extent there is a solid SJW goal, it is probably "equality" or equal distribution of privilege. What the words mean, however, is mandated and special benefits to preferred groups. There is no defined end point, no sense of when equality is and can be attained because SJWs reach back to the dawn of time when assessing the social debt owed to the preferred groups. They are remedial historians who impose the cost of centuries of wrongdoing on individuals who are innocent. They will continue to do so because there is no downside for them.

The downside is imposed on those whose peaceful behavior and ideas do not comply, and the mechanism of enforcement is the state. Using the state is part and parcel of the SJW definition of justice itself. SJWs approach justice as an end state. A just society is one in which there is an equal distribution of wealth, opportunities and privilege, where there is no patriarchy or capitalism, in which only correct words and ideas are represented. In other words, justice is a specific arrangement, a specific society that embodies economic, political, legal and cultural arrangements. For example, SJW justice requires no one to utter certain syllables, everyone to share a consensus of attitudes.

By contrast, those who value individual freedom view justice as a means-oriented process, not as an ends-oriented state. That is, the concept of justice refers to the method by which society operates and not to a particular arrangement of society being produced. The methodology is "anything that is peaceful," "society by contract," "the non-initiation of force," voluntaryism. Any outcome to which all of the adults involved have consented is, by definition, a just arrangement. The only end-state attributable to people who wish to live in freedom is precisely that: freedom. Otherwise stated, those who value liberty require only the protection of person and property, the prevention of force and fraud within society. Past that point, how society operates, what people choose to peacefully believe or do with their own bodies and property is up to them.

Consider marriage as an example of justice being a process or means-oriented rather than being a defined arrangement or ends-oriented. In freedom, any 'marriage' that results from the consent of the adults involved is "just." It could be a traditional marriage with the woman as a housewife or a homosexual one with children adopted from around the world. Monogamy, polygamy, sexual abstention … there is no end state that can be called a "just" marriage; a marriage in which one party willingly supports the other is no more or less just than one in which each party contributes 50%. All that is important is the ability of peaceful adults to choose and continue to choose for as long as the relationship lasts. The specific arrangement is not what makes the arrangement just; the method by which it is reached IS.

This doesn't mean that everything peaceful or voluntary is moral. For example, a voluntary society may contain racism. I married into an Hispanic family and I feel strongly about anyone slandering or demeaning my family. I have been known to yell and scream in the face of people who do so. And anyone who refuses to hire my niece or nephew because of their race can take my contract, my business dollar and tear it in two. I would use every peaceful means at my disposal to change the vicious behavior of whoever discriminates and I would make them pay as high a price as I could. With one exception.

There are many options available to influence individuals and social trends. Persuasion, peer pressure, bribery, protest, social shaming, shunning, boycott … The only option that is not available to decent human beings is the use of force as a means to make peaceful human beings comply. And, yet, that is the single arrow that SJWs have in their quiver. Why? Because if people are free to disagree and not associate with them, then they have no funding, no power, no validity. If a person is free not to fund PC projects with tax dollars, not to hire an employee for any reason, including gender, if he or she has the right to say 'no,' then the SJW is impotent.

And, so the SJWer must use the state. Those who respect freedom and genuine human dignity do not have that option. You cannot use force to impose a voluntary society: it is a contradiction in terms. You cannot put a gun to a person's head and say, "You are now free to choose." Freedom involves removing force from the situation. And, in the final analysis, this is what SJWs are against: choice.