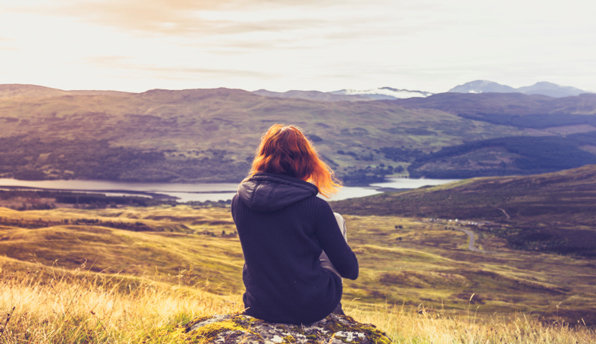 Every person has a different answer.

Nevertheless, there are basic guidelines or advice that I believe benefits anyone looking for "the good life." Certainly they benefited me decades ago when I needed a door through which to exit the endurance contest that had become my existence. Some of them are presented here in simplistic form and in the hope they may be of interest if not of assistance.

The first advice is closely associated with the first 'Western' philosopher about whose life and thought we know a substantial amount: Socrates (circa 469 – 399 BC). He said, "know yourself." Unlike contemporary philosophers who often dwell on linguistic analysis or other arcane matters, the classical Greek philosophers focused upon issues of burning concern to average people; these are issues that modern times relegates to psychologists. For example, what is happiness? Or to lawyers. For example, what is justice?

This 'reassignment' is a mistake because concepts such as happiness and justice are not specialized matters but ones with which every human being grapples, even if they do so by dismissing them contemptuously. The mistake is similar to delegating economics to academia or government officials when truck drivers and fast-fry cooks know more about the free market and work ethics than 'the elite' who are on the dole. Philosophy, like economics, should be thrown into the streets and left to run wild in the gutters because that's where people struggle with life, that's where people need it.

For Socrates, the everyman's search for ultimate answers began with self-knowledge. "Know yourself" was a springboard he used to open several of his dialogues. According to his conduit, Plato, Socrates used the axiom to explain why he had little interest in obscure matters removed from common experience. He said, "I have no leisure for them at all; and the reason, my friend, is this: I am not yet able…to know myself; so it seems to me ridiculous, when I do not yet know that, to investigate irrelevant things."

How many angels can dance on the head of a pin? The famous question captures a weakness of scholastic philosophy (circa 1100–1700) even though it may have never been asked. But similar ones were. For example, Summa Theologica by Thomas Aquinas asked whether several angels could be in exactly the same place at the same time. The weakness captured is the distance that medieval philosophy placed between the questions it asked and the concerns of daily life.

By contrast, Socrates was a populist philosopher who denied any elite status to the pursuit of truth about human nature. Philosophy, like justice, was the concern of everyman and everywoman. And his instruction, "know yourself," was not merely advice but an indication of the priority that the advice should be given. Namely, primary.

But what does "knowing yourself" mean? In terms of achieving happiness or the good life, it means discovering what you genuinely want in life because that will determine the choices you make. But self-discovery is not a simple trick. The content of the question is not the process. The content is the 'what' of the good life; the process is the 'how' it is achieved.

I have an advantage over most people. For as long as I can remember, I've wanted to be a writer. But even this focus did not adequately answer, "What is the good life?" for me because much of that answer resided in the definition of being a successful writer. I wanted to succeed and I defined success in terms of readership and financial return. Those are valuable indicators. And a prudent business takes careful note of customer and cash flows. But, beyond the need for food and shelter, life is not primarily a financial venture. The purpose of life is to live it as fully and honestly as possible.

And making your happiness rest upon the opinions and cash of others is to put the essence of who you are in the hands of others. A determination not to do so led me to Epictetus. Raised as a slave, Epictetus realized that many external realities were beyond individual control. And, yet, he believed philosophy was not merely a theoretical pursuit through which you glimpsed Plato's idea form but a way of life that concretely benefited the individual. However beyond control events may be, one thing remained in the individual's power: his or her response. That response can be educated and trained through self-discipline.

It is known as Stoicism. It is a methodology with which to approach life and it is somewhat at odds with the American Way … namely, "more," "bigger," "better." Because of so much bad PR and confusion, it is important to establish what Stoicism is not. Stoicism is not self-denial; it is not a moral code by which people celebrate the eschewing of pleasure. It is a recognition of the fact that human beings are animals with basic needs such as hunger and shelter. But, unique among animals, we have the ability to reason and so to make decisions about the minutia and the grand framework of our lives. As Epictetus said, "God has entrusted me with myself."

What we have not been entrusted with is control over the externals of our existence. Your political context is largely outside of your control. Even as personal a matter as your health may be outside your control. Yet one thing remains within your realm. And that is your response to the world, whatever it brings to your doorstep.

What does this mean in terms of answering the Socratic question of "what is the good life?" – what do I truly want? It means not wanting things that are outside my control. Not desiring things that are dependent upon the whims and will of other people or of chance. In this view, happiness is not so much the fulfillment of wants but the refinement of wants so that they are within the individual's grasp. Epictetus wrote, "The essence of philosophy is that a man should so live that his happiness shall depend as little as possible on external things."

It is a difficult goal, and one to which I do not wholeheartedly aspire. I will never divorce my happiness from the well-being of my husband, for example, and his well-being is outside my control. But the general principle of refining wants so that they are within your ability to achieve is admirable. It places happiness under your own control.

This, too, is revolutionary. It means that your happiness, your life is not defined by external circumstances which are defined by elites with political or other control. The individual rules himself. For me, this is the ultimate answer to "what is the good life?" It is what I define it to be with the focus being upon the one thing I truly control – my response.

Stoicism is freedom because it means owning myself. In specific answer to the question "what is the good life?"…as I stated, I want to be a writer. My specific answer is I do not care how anyone responds to this article. I sincerely hope it is of value to people, if only as a diversion. But what I care about and what my happiness rests upon is expressing the ideas as honestly and completely as I know how. If this is a journey we are on together, then I am truly pleased to have your company. If not … well, then maybe I'll catch you later.