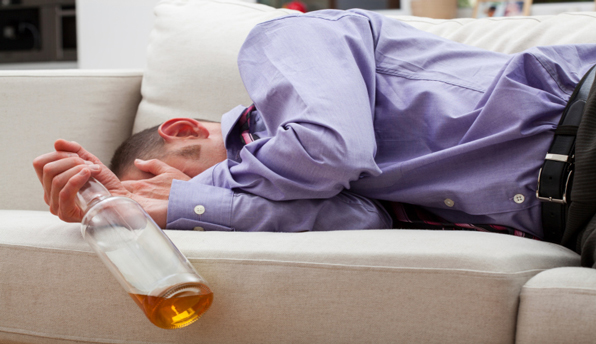 EDITORIAL
Why Don't You Steal? The Wealthy Drunk Question
By Wendy McElroy - February 20, 2014

As a starting point, I assume readers do not engage in the initiation of force, including theft. You may refrain from doing so because of a moral code or from a respect for rights. But, at least for me, the admonition not to steal isn't written in stone. I hold my values in a hierarchy by which some are simply more important than others.

Jean Valjean is the fictional character from Victor Hugo's novel Les Miserables. Valjean is sentenced to a brutal prison term for stealing bread to feed his sister's starving children. In his situation, with no honest ways left to obtain food, I would probably do the same. Equally, if my husband needed an operation to live and there was no honest way to pay for it, then I would steal.

The foregoing acknowledgement comes with context:

As vigorously as I argue for rights, I do not view them as contextual rather than absolute. Even Ayn Rand acknowledged the contextual aspect of morality and rights by carefully prefacing her discussions of value with the statement "given that life is of value" then it follows that XYZ are also of value… because they further life. The Ayn Rand Lexicon explains,

Otherwise stated, the concept of "life" makes the concept of "value" possible and serves as the ultimate litmus test for whether an action is right or wrong. [Note: Due to disagreements with Rand, I do not often argue from Objectivism but I'm in full agreement with this insightful point.]

Spring-boarding off Rand's argument, it is possible to look at rights as "lesser goals" that are the means to an ultimate value. On an individual level, the ultimate goal is to live, prosper and be safe. What of society? Each person brings their ultimate goal into society as he or she enters. The question becomes: What is the best manner for individuals to interact in order for everyone to preserve their ultimate personal value – that is, for each individual to live, prosper and be safe? A system of rights and duties answers this question. Each person has a right to his or her own person and property, which no one else can properly violate. It is only in society that rights come into play; they only arise in the context of solving the problem of how individuals can interact with each other without losing their ultimate personal value. For example, it makes no sense for Robinson Crusoe to protest about his freedom of speech being violated. Such rights as freedom of speech make sense as means to the end of each person remaining intact while interacting with other.

The foregoing would seem to answer the question posed by this article's title: Why don't you steal?

But consider a specific situation: What if you stumbled across a passed-out drunk who had a huge bankroll bulging from his pocket? No one else is in the alley and the theft would be virtually risk-free. Why not steal the wad?

The wealthy drunk issue may seem dramatic or contrived but the principle it highlights is one people confront everyday. For example, why not take tax money in the form of an entitlement or a tax-funded job? Libertarians agree "taxation is theft" yet many libertarians compete with each other to accept the stolen money; for example, professors at state universities. And why shouldn't they? The advantages of violating rights and/or profiting from the violation of rights are obvious; I can steal money rather than put in time and hard work to obtain it. The disadvantages of respecting rights are equally obvious; I cannot in good conscience accept tax-supported jobs or grants, which shuts me out of lucrative work.

The dynamic at work with libertarians who would rob the drunk or who compete for tax money is largely a psychological one. In essence, it amounts to "Why should I care about the rights involved?" The benefit is immediate and tangible; the principle is amorphous and intangible. And there is no risk to act as a disincentive. There is only the principles I espouse.

The question, "Why should I care about rights?" breaks down to two parts:

"Why should I care?" is a fairly common response to the wealthy drunk issue. Sometimes the question is the intellectual equivalent of a dismissive shrug of the shoulders. At other times, it is a request for an explanation. In either case, I don't find it to be a politically or philosophically interesting question.

Why? Because the question does not properly belong to political theory or philosophy but belongs in the realm of psychology.

In terms of personal psychology, I can't tell anyone why they should care for anything. I can lay out the benefits of civil society and what maintaining those benefits requires. But I can only provide as compelling an argument as I know how for the truth of those assertions; in arguing politics or philosophy, that's all that should be required. The situation is akin to proving to you that jumping off a steep cliff will be lethal. If you respond, "Why should I care?" I have no good answer. Your emotional response is entirely separate from issues of truth or logical consequences. Or, if I prove to you 2+2=4, and you say, "But I prefer to act as though it equaled 5," then reason and logic have nothing more to say. As Thomas Paine remarked, "Arguing with a person who has renounced the use of reason is like administering medicine to the dead." That's the role of a psychologist, not of a political theorist.

The second part of the response: Why should I give rights a higher priority than other truths? The person is saying: "Accepting rights as values doesn't tell me how to rank them in my hierarchy. Why should rights assume the elevated status of a principle around which I organize other truths?"

Consider a parallel situation: In discussing the physical needs of the human body, a person says: "It is true that water promotes health but a lot of other substances do the same, such as food and nutrients. Why should I give water preference?" The answer is because it is fundamental to maintaining your health and cannot be ignored for long without jeopardizing your life. Rights deserve the same status in society because they are fundamental; they address the nature of man and the most basic questions of human interaction. They tell us how man can interact without losing the basic value of being an individual. They cannot be ignored for long without jeopardizing the value of society itself.

Other powerful reasons exist. My next column for The Daily Bell will address one of them: the role that a self-evolved code of ethics plays in promoting what classical Greek philosophy called "the good life."