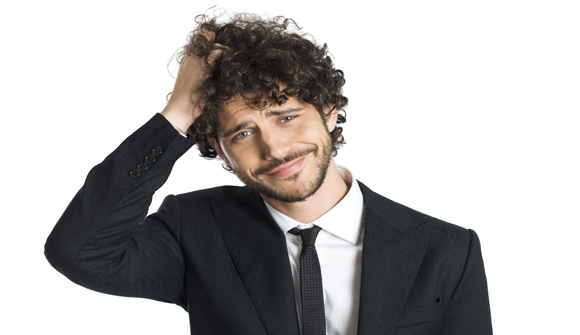 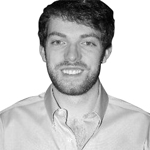 EDITORIAL
'Libertarians Out Of Touch,' Concludes Person Who Wants Hillary Clinton To Be President
By Will Tippens - April 18, 2015

MEMPHIS, TN—In a momentous sequence of events, an area man announced Thursday that libertarianism is "totally out of touch with common people" while simultaneously endorsing Hillary Clinton for president. This logic-bending feat was performed by college student Justin Snyder. He went on to claim that libertarians ignore the "painfully obvious" signs that their beliefs are misguided, all the while wearing a "Ready for Hillary" shirt.

Since the startling event, scientists around the world have been working around the clock to figure out how a normal human could manage to warp the fabric of reality so drastically without creating dangerous ripple effects throughout the known universe.

"The thing is, we've been trying the free-market thing for centuries," wrote Snyder on social media Thursday afternoon. "All we have to show for it is a super wealthy class of people who run the country. What we need is someone to represent the common man, and that someone is Hillary Rodham Clinton."

Although there is no scientific consensus on what such an unprecedented distortion of logic means for causality, theories abound as to its effects. Some physicists already fear that if someone were to announce to the universe, "I am voting for meaningful political change," while selecting Hillary Clinton's name at a ballot box, it would constitute a performative contradiction so powerful that it would violently tear space and time apart at the seam.

"If you've ever read a synopsis of an Ayn Rand novel, you know that libertarianism is all about greed, selfishness and making millions of dollars," continued Snyder. "When I saw Hillary on her book tour last year she espoused building a stronger community, not simply trying to claw your way to the top," said Snyder, head remaining unexploded.

Later in the post Snyder went on to enumerate a "couple things" that libertarians "happen to get right." "Civil liberties are very important to me, so I agree with [libertarians] on the NSA and drone stuff. I even own an Edward Snowden 'Hero' shirt that I wore to the last Students for Hillary rally," said Snyder, somehow managing to not unhinge the fabric of existence. "I'm also pretty radical on certain issues like marijuana legalization. It's your body, and you should be able to put in it whatever you want," added Snyder, mere hours after inexplicably saying he supported mandatory vaccinations and banning GMOs.

"When you add up her knowhow, leadership and experience, it's clear that Hillary Clinton is a perfect fit to be the commander-in-chief of the largest military the world has ever seen." said Snyder of the person who strongly supported the wars in Iraq, Afghanistan, Libya, Syria and others, without any visible cosmic repercussion.

"Really, I just don't know how to talk to libertarians anymore," said Snyder. "They must be living on another planet if they think more of the same could possibly fix the economy and foreign policy and protect civil liberties.

"Which is why I support Hillary Clinton for president," concluded Snyder, who at press time had still not spontaneously imploded into an interdimensional black hole.

Will Tippens, whose satire appears at The Daily Bell for the first time with this column, is a third-year law student at the University of Memphis Cecil C. Humphreys School of Law and plans to take the Tennessee Bar in July 2015. You should hire him. Follow him on Twitter @willtippens