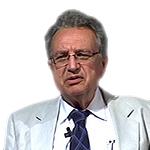 Introduction: Professor Antal E. Fekete is an author, mathematician, monetary scientist and educator. Born in Budapest, Hungary in 1932, he graduated from the Eötvös Loránd University of Budapest in mathematics in 1955. He immigrated to Canada in 1957 and was appointed Assistant Professor at the Memorial University of Newfoundland in 1958. In 1992, after 35 years of service, he retired with the rank of Full Professor. In 1983 he was resident scholar at the American Institute for Economic Research in Great Barrington, Massachusetts. In 1995 he was resident fellow at the Foundation for Economic Education in Irvington-on-Hudson, New York. In 1996 he was Visiting Professor at the Francisco Marroquín University in Guatemala. He is the founder and Chairman of the New Austrian School of Economics in Hungary. His website is www.professorfekete.com.

Professor Fekete is a proponent of the gold standard and an outspoken critic of the current monetary system based on irredeemable currency. His work falls into the school of free-market economic thought inspired by Carl Menger. He claims that his theory of interest is an extension of Menger's work. Menger championed the theory of direct exchange morphing into indirect exchange; in the same way Professor Fekete is championing the theory of direct conversion of income into wealth and wealth into income (read: gold hoarding and dishoarding) morphing into indirect conversion (read: selling and buying gold bonds). Professor Fekete is an advocate of Adam Smith's Real Bills Doctrine that he calls the Gold Bills Doctrine.

Anthony Wile: Hello, Professor Fekete. We seem to be on the cusp of some economic evolutions that may fit into your larger theses about deflation, disinflation and monetary cycles. Can you give us some insights into what is going on and how your perspectives are being proven out?

Professor Fekete: Without any doubt we are in a depression and a most severe deflation, conditions the coming of which I have long predicted. The direct cause is the counterproductive monetary policies of the Fed and other central banks of issue: the Bank of England, the ECB, the Bank of Japan. These central banks have pursued ZIRP with the effect of destroying capital all over the world economy, including financial capital (not excluding the value of their own issues) in addition to physical capital.

Anthony Wile: Where do you see Rothbardian and Misesian prognostications being debunked within the current framework of events?

Professor Fekete: The Rothbardian and Misesian prognostications are rooted in the Quantity Theory of Money (QTM), according to which, if it were correct, we would have inflation instead of deflation following the miraculous proliferation of money, credit and debt.

Anthony Wile: We need to distinguish between price deflation and monetary deflation. What's going on is price disinflation or deflation within the context of collapsing asset bubbles? Didn't Rothbard explain this or is it your impression he only concentrated on deflation within a monetary context?

Professor Fekete: I recognize only one kind of deflation, namely the deflation of assets. What you call "price deflation" a symptom, it is not an independently existing economic condition. As a consequence of the deliberate destruction of currency values by the central banks, world trade is collapsing at an alarming rate.

Anthony Wile: The argument between Milton Friedman and Rothbard was mainly over whether the Fed precipitated the Great Depression, was it not? Rothbard believed that monetary inflation had so distorted the economy that it had to drop. Friedman believed Fed actions in 1929 precipitated the great crash. Where do you stand? Remind us, please.

Professor Fekete: Remember, Friedman was another affectionado of QTM. His diagnosis of the 1929 deflation was as faulty as that of Rothbard. They, together with Mises, ignored that a falling interest rate structure causes widespread destruction of capital that is not easily recognized but is very real nevertheless. Today, post-Mises Austrian economists make the same mistake. They are blind to the ongoing destruction of financial and real capital.

Anthony Wile: Do you agree that cash is outdated?

Professor Fekete: Cash will never be outdated because, by definition, cash is just the "most marketable" asset.

Anthony Wile: Is the current economic mess a planned one or did the central bankers miscalculate?

Anthony Wile: Is gold headed for a breakout?

Professor Fekete: Gold is headed for permanent backwardation, which is characterized by a negative basis. The price of gold is fading into meaninglessness, as no one will be willing to sell any amount of gold against irredeemable currency payment, not even gold mining concerns.

Anthony Wile: Did Janet Yellen miscalculate with her rate hike?

Professor Fekete: If the Fed hikes again, then it will shoot itself in the foot. Higher interest rates will sink the bond market, the international monetary and payments system. That will undermine the Debt Tower and the derivatives colossus and make them collapse.

Anthony Wile: The central banks are trying to stimulate via monetary means. Shouldn't they just let the banking system disintegrate, since this is the only way out of the current Great Depression?

Professor Fekete: I must agree that there are no good choices for the Fed but if it did that, then it would admit its own incompetence.

Anthony Wile: What would you do if you were head of the Fed?

Professor Fekete: With due apologies to Ludwig von Mises who, when asked what would he do if he were the president of the United States, answered: "I would resign."

Anthony Wile: How do Real Bills play into current scenarios? Is now a good time to reintroduce Real Bills … and why?

Anthony Wile: Are we headed for a worldwide economic collapse that will usher in a global money and global financial regime? Is that what central bankers really want?

Professor Fekete: The probability of a collapse is quite high. Of course the central banks will invent a new monetary regiment and give it a fancy name such as "global money," "Amero," but this is just changing the name "Assignat" to "Mandat."

Anthony Wile: Will we see bank collapses and bank runs over the next weeks and months?

Professor Fekete: Possibly, but it is not a matter of weeks or months; rather during the rest of the decade.

Anthony Wile: Are we reliving the beginning of the Great Depression?

Professor Fekete: Yes, except this time it is far worse.

Anthony Wile: It took a world war to reset the economy after the Great Depression. Are we headed for a world war again?

Professor Fekete: There is no scientific way to predict the future. Luckily, there is a cool-headed government around this time, the Chinese, in addition to the hotheaded governments in the U.S. and Russia that would counsel caution about World War III.

Anthony Wile: Give us your best take on various scenarios that can play out, worldwide, given the level of economic dysfunction in the world today. What is next?

Anthony Wile: What would you do to protect yourself if you were a middle-class investor? Would you buy a gun? Gold? Food?

Professor Fekete: All of the above. One word about buying gold. What you need is not physical gold per se but a gold income. Therefore, you should have gold in small denominations rather than large ones. For example, the Royal Canadian Mint markets gold in 125g packages consisting of 125, 1g Maple Leaf gold coins. This would fill your need for a gold income where necessary.

Anthony Wile: Are we seeing the end of the dollar reserve system? Is the dollar dying or dead despite its current strength?

Professor Fekete: The petrodollar system, as I prefer to call it, is dying as shown by the falling oil price. The dollar's current strength is a "dead cat bounce," designed to mislead the uninitiated.

Anthony Wile: Any other points you want to make? Resources you want mention?

Professor Fekete: In emphasizing the importance of gold flows, as opposed to gold stores, we at Fekete Research in London developed a plan to generate gold flows through writing put and call options on gold futures. These options are five-day options expiring every Friday. As a result, Fekete Research has been able to sell gold bonds denominated in British sovereigns that earn a return on gold in gold and pays the principal also in gold at maturity. Records of option trading for the past two-and-a-half years can be made available to interested parties demonstrating that the scheme has worked without losses for that length of time. The regime of negative interest rates provides a powerful back wind to the scheme; the premium on put options is provided by those investors who buy puts to protect the value of their stores of gold. The premium on call options is provided by speculators who expect an upward breakout of the gold price as a blacklash against the puerile central bank scheme to push the rate interest into negative territory.

Anthony Wile: Thanks for your time!

Professor Fekete: Thank you for the stimulating questions!

We thank Professor Fekete as always for his insights. As usual, we come away with the same questions regarding a few of his statements. The two main issues that Dr. Fekete mentions in this interview regarding his differences with the Misesian school of Austrian Economics have to do with deflation and business cycle activity.

Beyond these differences of opinion, Professor Fekete confirms some of our beliefs. He, too, sees the possibility of a collapse of the current system as feasible and even agrees such a collapse might usher in a more globalized financial and monetary system.

He also believes Janet Yellen made a mistake with the rate hike and that the current situation of the US precludes more rate hikes.

Additionally, he obviously sees gold as nearing a breakout within the context of the dollar's predictable unraveling and speaks of the dollar's current strength as a "dead cat bounce."

All of these issues we agree on with Dr. Fekete and the areas where we are less comfortable are ones that he has pioneered with a good deal of originality and perseverance. We always learn a great deal from him and thank him once again for participating in an interview.