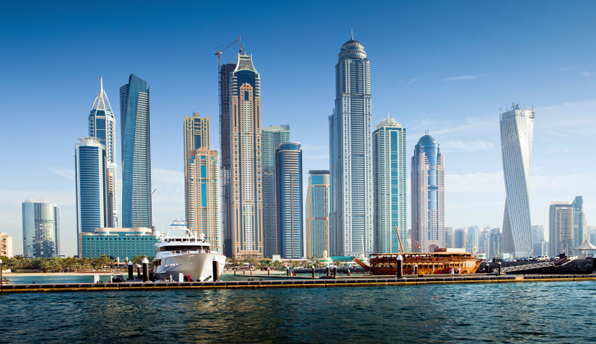 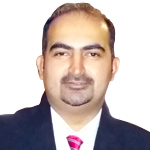 Introduction: Imran Hussain specializes in frontier-market investing and helping companies and individuals move to UAE tax-free zones. He has relocated some 2,000 clients in the past half-decade and through his company, O2 Consultants, supports clients around the world with a variety of IT and investment strategies. While English is a first language, he also speaks Punjabi, Arabic, Farsi and Hindi.

Daily Bell: You follow the idea of investing in "frontier markets." It's an interesting concept but one that has just received some bad publicity because of the global downturn. Can you comment?

Imran Hussain: Emerging markets can involve public markets. But there are other ways of investing in these markets including private placements and private investing generally. These are fringe investments with the capacity for significant rewards but also large risks.

Daily Bell: But because of the risk involved, how do you determine what to introduce to your clients?

Imran Hussain: I do it myself. What I intend to offer to someone, I try to figure out first. I need to be familiar with what it is and then I can have confidence in it. My clients are sophisticated, but many have been with me a long time. I know they will listen to what I have to say, and I spoil them.

Daily Bell: Okay, let's back up. Give us some background on how you ended up in the investment advisory business in Dubai.

Imran Hussain: My family is partially from Pakistan, but I was born in Dubai and then lived in the United States, in Houston, Texas. My childhood was spent in Houston and therefore English is my first language. But I speak other languages, too, including Punjabi, Arabic, Farsi and Hindi.

Daily Bell: But you obviously left the States.

Imran Hussain: I enjoyed it there, to be honest with you. I went to the United States to study, but once I was there, I realized you can achieve your goals if you work hard. When I left, I missed my life and Texas.

Daily Bell: It must have been hard, nonetheless, if you left your family behind.

Imran Hussain: I stayed with my uncle to begin with, though later on I lived on my own. In any event, it wasn't unpleasant. People are more than fair to you, especially if they see you are on your own. I didn't always stay with my uncle. I left to go to university in Texas at Our Lady of the Lake University and while there I started in computer science and took a job with Compaq, part time.

Daily Bell: You didn't stay in the field …

Imran Hussain: While I'd been considering a career in computer science, I soon realized that it was the kind of employment where you never stopped studying and learning because there was always new software or technology. I didn't want to be a perpetual learner. I wanted to take what I knew and then work with it to become a leader in my chosen field.

So I decided to change my major and I graduated with a degree in business. I worked for AT&T for a while as a sales executive and eventually was promoted to regional manager.

Daily Bell: When did you come to Dubai?

Imran Hussain: After 9/11, I decided I wanted to return to Dubai, but it took me a year to find a job. They simply didn't appreciate my US experience. Eventually, I found something with the government of Ras Al Khaimah in the RAK Free Trade Zone.

What they hired me to do, because I spoke several languages including English, was to help companies establish their businesses and residency in the United Arab Emirates and especially Dubai. There are many advantages to doing this if you wanted to be involved in business in the Middle East.

Daily Bell: What are those?

Imran Hussain: When you set up your business properly in the UAE, you can avoid taxes so long as you are involved in international business. It is a significant advantage and many are interested in taking advantage of it. I relocated almost 1,800 companies and individuals in only four years.

Imran Hussain: Yes, and eventually I wanted new challenges. After four years, I began work with a Swiss investment company that gave me the opportunity to focus on investing as well as relocation. Today, we have clients throughout the world – mostly medium-sized clients, because smaller clients cannot take advantage of the full level of service we offer, while very big clients tend to need very specialized efforts.

But for the large middle-spectrum of active businesses and investors with an international perspective, we are an appropriate and even necessary solution. Of course, even when you have the solutions, you have to reach those who need them. That's why I travel as much as I do, up to 100 days a year. I have a lot of contacts around the world and for me, traveling is a passion and I like to do it.

Daily Bell: What are you offering, specifically?

Imran Hussain: Well, to begin with, through family office work I began to focus on mutual funds with partners, and these partners brought clients, as well. I knew them from my work with the government. We called our new firm O2 Consultants, which was a name I developed. The idea is that we come from desert countries but we provide financial oxygen to those who seek to do business here.

Daily Bell: And this company has grown?

Imran Hussain: Yes, and we try to keep a tight focus as a consultancy firm. The website is o2consultant.com.

Daily Bell: Part of it is incorporation abroad?

Imran Hussain: O2 Consultant is a consultancy firm specialized in company incorporation that alleviates both income taxes and corporate tax. I should note, however, that a 5% custom duty has to be paid on import if the products are to be sold in UAE.

Daily Bell: Can I operate business from Dubai, if the company is set up in any other Emirates?

Imran Hussain: Yes, you can operate business from Dubai and open a bank account – also in Dubai, but the certificate of origin, if required, has to be obtained from the Chamber of Commerce where the company is set up, for export proposes.

Daily Bell: Can a foreigner buy land in UAE and develop the property on it for residential or commercial purpose?

Daily Bell: Do you get a lot of that type of investing?

Imran Hussain: The world is in flux when it comes to overseas banking centers. Cyprus is finished and Asia looks a bit more promising. But one of the biggest problems is the continued weakness of the European Union and especially the euro.

The idea was to make poorer countries richer, but Greece never got rich and other Southern European countries ended up in difficulty, as well. Spain, Portugal and even France have varying degrees of deep unemployment and of course, taxes are being raised as well. It is still possible to reduce your taxes legally, and I can help do that in Dubai and Panama.

Daily Bell: What regions are promising from an investing standpoint?

Imran Hussain: China and Asia will be leading the way economically in the future, though on the technology front, the US should retain its lead. France is having a hard time and a lot of French are leaving because tax bills are going up to 70 percent. Many French who can afford it are going to Switzerland.

Imran Hussain: From an investing standpoint, Cambodia is an interesting place. They were ruled directly by the army, but that is over now. Of course, it is high risk, but high reward, too. They need everything in Cambodia, everything … Thailand is good for small business and Vietnam could be a good option.

Daily Bell: These are what you call "frontier" countries. Tell us more about frontier investing. It's not a well known concept.

Imran Hussain: Supposedly, the term was created by International Finance Corporation's Farida Khambata in 1992. It is for investing that is more aggressive than emerging markets – that is, it has more risk. Eventually, as capital flows into these countries, the liquidity goes up and the volatility goes down. But investors that are looking for high-risk, high-reward opportunities can be attracted to frontier investing because of the promise of high returns.

Daily Bell: Africa would be a frontier … region, then?

Imran Hussain: Africa is promising, but dealing with the local people is difficult. The minerals and energy are plentiful. But companies like DaMina Advisors believe Africa is the last remaining frontier capital opportunity.

When it comes to frontier investing, I prefer Asia, as I've mentioned, and South America – especially Uruguay, Paraguay and Argentina. The farmland there is good and agriculture is booming. The produce and meat are more natural than elsewhere and this is appreciated around the world.

Daily Bell: What about non-frontier investing?

Imran Hussain: There is no doubt we're experiencing asset bubbles again. Gold is appealing to me, especially because the dollar has risen against it, which cannot last. Being of the old school, I am interested in tangible investing anyway. Even with our frontier investing, we want to take positions in specific opportunities – factories and businesses that are producing items of value.

Daily Bell: That would be in Asia, too?

Imran Hussain: Almost anything in certain countries is promising these days because they need so much. We don't need a public position, either. When we focus on frontier investing, we can certainly be involved privately. It is the opportunity that is important more than the structure.

Daily Bell: What's next for you?

Imran Hussain: We believe we have developed a good niche for ourselves and our clients so we'll be expanding and developing additional ideas for an expanding client base.

Imran Hussain: When you are in the frontier investing business you never stop traveling. That's a constant for me. But I can always be reached at ikh@o2consultant.com.

Daily Bell: Thanks for sitting down. Glad we could catch you.

As Imran pointed out at the beginning of this interview, emerging markets have moved down unexpectedly over the past week or so. But for investors like Imran, positioning may be private as well as public. If you find the right opportunity, he tells us, he's not averse to taking a direct stake without public exposure.

Cambodia is obviously a country that he finds attractive – but it seems countries like Viet Nam may offer certain opportunities as well. The trick surely is to be cautious and find solid opportunities that provide actual goods and services as opposed to banking and securitized finance. Probably such markets – in the public sense – will be volatile for a while longer; in fact, that is likely their nature.

Covering the emergent "Wall Street Party," we've detected a trend, which is that investible options are gradually being narrowed from a public perception. First gold and now global markets have experienced setbacks. Whether or not this is purposeful, it seems as if "all roads" lead to Western stock markets, and US ones in particular.

This does not invalidate the potential of emerging markets; it merely makes their involvement possibly a more elongated affair. But given what is happening in Western markets – both their giddy elevation and eventual implosion – a little emerging market exposure may prove judicious in the long term.