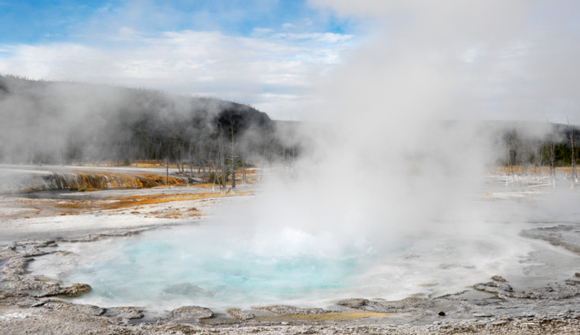 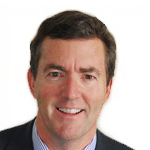 Exclusive Interviews
Ross Beaty on How to Build Mining Companies, the Value of Silver and the Future of Geothermal Energy
By Anthony Wile - September 27, 2009

Introduction: Ross J Beaty is a geologist and resource company entrepreneur with more than 37 years of experience in the international minerals industry. Mr. Beaty is a Director of The Nature Trust of B.C. and a founder of the Beaty Biodiversity Center at the University of B.C. Mr. Beaty is a past President of the Silver Institute in Washington, DC., a Fellow of the Geological Association of Canada and the Canadian Institute of Mining, and a recipient of the Institute's Past President's Memorial Medal. In 2007 Mr. Beaty received the Association of Mineral Exploration of B.C.'s Colin Spence Award for excellence in global mineral exploration, in 2008 the Mining Person of the Year award from the Mining Association of B.C. and the 2008 Natural Resources & Energy Entrepreneur of the Year Award by Ernst & Young. Mr. Beaty was born in Vancouver, Canada in 1951 and educated at the Royal School of Mines, University of London, England, M.Sc., Distinction (Mineral Exploration) 1975 and the University of British Columbia, LL.B. (Law) 1979 and B.Sc. (Honours Geology) 1974. He is married with five children. Mr. Beaty speaks English, French, and Spanish, as well as some Russian, German, and Italian. He has worked in more than 50 countries during his career.

Daily Bell: Thanks for sitting down with us.

Daily Bell: Can you give us some background on how you managed to build such successful silver companies.

Daily Bell: Can you bring us back to childhood and young adulthood. Did you always realize you had a talent for this?

Ross Beaty: I have always been a self-starter with plenty of drive and good sales skills, and these things have certainly helped me in my career.

Ross Beaty: Pan American Silver began as an idea in 1994 and we achieved our mission of building the world's largest primary silver mining company by 2007. Our aim was to deliver to equity investors the best way to participate in silver other than buying it physically. That means building a company with the purest leverage to silver prices, the fastest growing silver production and the best exposure to new silver discoveries.

Daily Bell: Can you elaborate?

Ross Beaty: We have delivered on our mission by maintaining our focus on size, on strong exploration skills, good mine construction and operating talents and a conservative balance sheet with no debt and lots of working capital.

Daily Bell: What is in the future for you in terms of building companies?

Ross Beaty: I retired from executive duties at Pan American in April 2007, though remain Chairman. In early 2008 I started a new geothermal energy company called Magma Energy (symbol MXY on the Toronto Stock Exchange) which I am building right now into what I hope will be the pre-eminent geothermal energy company on the planet – we will do this exactly as we built Pan American and I am sure it will be successful at creating a lot of shareholder value.

Daily Bell: Yes, you seem to be working with a very credible team.

Ross Beaty: As Chairman and CEO, I had the ability to choose the very best. They include Dr. Frank Monastero, President , Magma Energy (US) Corp. Dr. Monastero has been intimately involved in geothermal energy development for more than twenty years. Until joining Magma, Dr. Monastero headed up the US Navy Geothermal Program Office, with responsibility for developing geothermal resources beneath all lands controlled by the Department of Defense. He was recently elected President of the Geothermal Resources Council, the world's principal geothermal resources association. Then there is Dr. Hickson, a world renowned volcanologist with over 25 years of Canadian and international geoscience experience, primarily with Natural Resources Canada. And also Frank Baumann, Exploration Manager, Canada, a professional geological engineer who has been involved in geothermal energy exploration in Canada for six years, most notably at the Meager Creek geothermal project in British Columbia where he supervised exploration and drilling activities.

Daily Bell: Sounds as if a base for success has already been built.

Ross Beaty: We think so.

Daily Bell: Back to silver. Can you give us some background on the difference between silver and gold both as precious metals and money metals?

Ross Beaty: They are both precious metals since they are both money. Having said that, silver and gold have many differences in their demand and supply fundamentals. Silver has some amazing physical and chemical properties though, and so is much more of an industrial metal than gold.

Daily Bell: What is the value of silver as a money metal today, and why has silver been known as the peoples' metal?

Ross Beaty: Silver is little used as direct currency today in contrast to the past when it was a core monetary metal in much of the world, but it remains a solid investment metal and can be held in coin and bar form. Because silver is cheaper than gold per weight, it is known as "poor man's gold" or "the people's metal".

Daily Bell: What is the silver/gold ratio and why hasn't silver kept up?

Ross Beaty: This is a strange thing. There is no logic, in terms of demand or supply fundamentals, behind any specific silver/gold ratio, but investors have ignored that and kept it at around 55:1 or 60:1 for decades. Today it is exactly 58:1 so is absolutely tracking that historic ratio.

Daily Bell: Is there price manipulation of silver? Obviously, analysts like Ted Butler think so.

Ross Beaty: I disagree completely. I do not need to grasp at conspiracy theories to explain what is happening in the silver market. It is a simple matter of demand and supply fundamentals. Investment buying is driving both silver and gold markets today – all the talk about price manipulation is just nonsense in my view.

Daily Bell: In public speaking, what do you emphasize most in your talks?

Daily Bell: What countries are most hospitable to silver mining today?

Ross Beaty: Most of the world is reasonably hospitable. Silver is found in the America's mostly, and the countries we work in are most hospitable. I especially like Peru and Mexico, which happen to be the largest silver producing countries in the world.

Daily Bell: What are some of the most important silver mining companies-large and small?

Ross Beaty: Pan American is now the second largest primary silver mining company after a Mexican conglomerate floated a silver subsidiary called Fresnillo on the London Stock Exchange in 2008. But we try harder and are now working to supplant them as world leaders – we will get there by continuing our steadfast focus on quality and growth.

Daily Bell: What do you think of the current economic crisis? Are Western countries handling it well?

Ross Beaty: I will leave these questions for better experts in economics than me. I am a geologist and company builder, not an expert on world economics.

Daily Bell: Where does silver go from here?

Ross Beaty: Silver has excellent long-term fundamentals and I expect it will continue to trend higher in future.

Daily Bell: Do you have a timeline?

Ross Beaty: I do not have any better crystal ball than you do, so I can add little to what I already said. Silver should go higher in future as long as the strong fundamentals remain in place. This includes industrial demand, investment demand and global silver supply.

Daily Bell: On behalf of all of our readers we thank you for sharing your views with us.

Ross Beaty: You are welcome.

This is an interesting interview from our point of view in terms of what it leaves out as well as what Ross Beaty chose to say. Beaty points out, for instance, that the gold to silver ratio is over 50 to one and that seems to be a historical average. He is cautious about commenting further.

This is actually a logical point of view when it comes to analyzing how a bull market works. We figure this metals bull market started around or during the technology bust of 2000 and is currently nine years old. We figure the bull market will run through 2015 because the world's fiat money economy is so much worse than it was in the 1970s. The 1970's bull market in metals probably ran about a decade.

As bull markets mature, investors tend to bid up prices. In a metals bull market, physical gold and silver are the first to be bid up and then various paper plays such as options, futures and of course major and junior mining stocks. This is why we can predict with some confidence, unless the bull market in metals were to collapse, that silver will eventually begin to close the gap with gold. Will it reach a 15 to one ratio? No one can say for sure. But as the bull market continues, why shouldn't prices exhibit historical patterns?

Beaty also makes the point that silver and gold markets are not manipulated. We've carried some controversial interviews on this issue in the past by quite credible individuals with longtime experience in metals markets. GATA comes to mind as an organization that has done quite a bit to generate questions about various gold-price-suppression. Ted Butler has done the same for silver.

Who knows where the truth lies? But as it is with central banking and numerous other economic issues, it is very likely that answers to certain questions regarding these issues would be controversial in the extreme (at least) were a real investigation ever launched.

The American "plunge protection team," still in existence so far as we know, was created at the highest governmental levels to frankly manipulate the American stock market. It stands to reason that – given the priority the American government (and Western governments generally) puts on equity valuations – there are various kinds of controlling elements in place in various markets. Central banking itself stands out as perhaps the most powerful and obvious market manipulation, though it is never presented that way. But we have seen just recently what uncontrolled money printing can do to inflate equity markets, especially when they were depressed as they were.

Ross Beaty is obviously being cautious in the above interview. But we are sure he would be most pleased to see valuations continue to climb for physical silver, as they well may do … and fairly sure as well – though he would never apparently admit it publicly – that silver has a way to go pricewise before it tops out this time round.