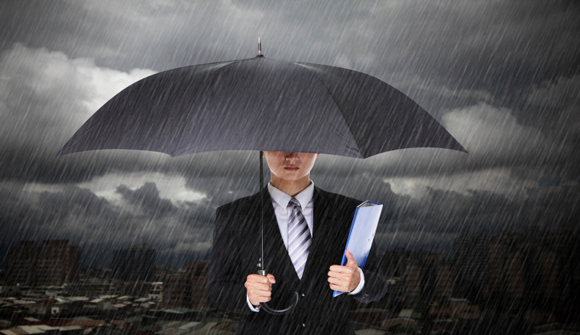 Introduction: Terry Coxon is the author of Keep What You Earn and was for many years a close collaborator with and editor for the late Harry Browne. He currently is a regular contributor to The Casey Report. Mr. Coxon has a distinguished history as an architect of innovative financial planning arrangements, including the Permanent Portfolio Fund, the United States Gold Trust (the first gold ETF), the Passport Financial Offshore Trust and the Open Opportunity IRA.

Anthony Wile: For many people, including some of our subscribers to The Daily Bell Newswire, interest in asset protection has been eclipsed over the past few weeks by concerns about personal safety. Everything you've written or said publicly about protecting personal wealth from lawsuits, seizures and taxes assumes a stable legal and social backdrop. But what happens if that backdrop isn't really available?

The ISIS murder project in Paris ten days ago is just the most recent reminder that you can get hurt without anyone pausing to hire a lawyer. Of course, the risk of being a target in the next made-for-media slaughter spectacle is extremely remote, but the damage that could come from government responses to so-called "radical Islam" is another matter. Where do you see it all leading?

There is in fact something dangerous and unbending at work in the world, but we should try to give it a name that fits. A "radical" movement is driven by abstract principles divorced from history, experience and customary practice. Trotskyites are radicals. Libertarians are radicals (at least the ones with a passion for consistency). Adherents to a 1,400-year-old religion aren't radicals.

Anthony Wile: If "radical Islam" isn't it, what is the correct label for an organization that proposes to establish a caliphate over all the lands ever occupied by Muslims, enforce the precepts of the Koran and Sharia by the lash and the executioner's sword and do battle with all unbelievers?

Terry Coxon: "Reactionary Islam" is more to the point, because the organization's message is about the past. What ISIS and similar movements propose to do is to preserve the Islam of the past where it still survives and to restore it where it has withered.

Anthony Wile: Whatever it should be called, what is the source of the ferocity and passion, and why now?

Terry Coxon: I have an answer, but I want to warn you that it's not as simple or crisp as I'd like.

The Islam of the past does not seem to migrate comfortably into the modern world built by the West. Yet the benefits of that modern world are attractive to almost everyone. The result is inner conflict for some individual Muslims, conflict within the Islamic world and conflict between at least part of Islam and the West.

If you dig down to the foundation of the modern Western world, what you'll find is an assumption so basic that almost no one notices it unless it is pointed out. It is the unexamined, uncritically accepted idea that there are immutable, objective constraints on what is possible. That idea has been loose in the West since at least the time of Aristotle and certain of his contemporaries, who tried to sort out the natural principles that govern existence. The scientific revolution of the 17th century and the Enlightenment of the 18th century were the triumph of the idea of immutable, objective constraints among the leaders of Western culture. From there on, Western society's belief in witchcraft and alchemy went into rapid decline.

The notion of immutable, objective constraints on the possible is essential to the modern world. Try to imagine the science of physics without it. But acceptance of the notion isn't universal. It marks some cultures but not others. Where the notion doesn't prevail, something else does – a belief in magic.

Magical thinking is entirely natural and normal. It's not because their brains haven't yet developed fully that children in Western societies believe in magic. It's because they haven't yet absorbed the culture's message about immutable constraints. That's the message that drives away magical thinking.

The Islam of the past seems not to have incorporated the concept of immutable constraints on what is possible. Magic is real to it. And a belief in magic leaves a society allergic to modernity – even though the society may want and need much of what modernity has to offer. That conflict is the source of the ferocity of reactionary Islam. It's what makes killing 127 people in Paris an agreeable thought.

Anthony Wile: And why now? There was no ISIS or anything like it a hundred years ago.

Terry Coxon: A hundred years ago there was, compared with today, little contact between Islam and the modernity of the West. The opportunities for an allergic reaction were much less common. And people in the Islamic countries that have grown wealthy from petroleum now have opportunities to enjoy the material benefits of modernity; for some of them, at least, that enjoyment adds to their cultural discomfort with the West.

And more recently, the destruction of Saddam's Sunni regime in Iraq generated an opportunity for organizing that discomfort on a large scale. The Shia politicians who inherited what Saddam lost did little to accommodate the Sunni minority they had dispossessed. That left millions of military-age Sunni males open to anything that involved killing enemies, i.e., it made them a recruiting pool for ISIS and the like.

Anthony Wile: I see the pieces you're setting out, but I'm missing a connection. What does the cultural allergy you describe have to do with conflict between Sunnis and Shias?

Terry Coxon: Think about it in terms of business strategy.

From the point of view of a political entrepreneur, the Middle East is in play. Apart from Israel, not a single regime has a solid hold on power. Establishing a caliphate over all the lands of Islam is an extraordinarily ambitious project, but the general shortage of stability in the Middle East gives the project at least a tinge of plausibility.

Paris was made to order for the purpose. Show strength and the prospect of victory by targeting the capital of a Western country and nuclear power. Gratify the recruiting pool by targeting a city that represents the delights of modernity and is the seat of a government long involved in the lands of Islam.

Anthony Wile: So it's all about establishing the caliphate and battling the West?

Terry Coxon: To many of the soldiers, yes. But to the generals, no.

Remember the business plan. The individuals running ISIS may despise the West more or less in one regard or another on even or odd days of the month or both. But their real profit opportunity isn't to invade and occupy Sweden or anywhere else north of the Mediterranean. Their opportunity is to replace the existing regimes of the Middle East. For them, it's all about who gets to eat Saudi Arabia.

For someone in the West, the possibility of falling victim to an ISIS recruiting exercise is frightening, but the risk is too low to be worth planning for. A much greater hazard to people in Europe and North America is the follow-on consequences of the ISIS project. There is just no way to see where it leads. And entangled in it are four nuclear powers, each with its own interests – the U.S., France, Russia and Israel. Pakistan is also implicated as a supplier in extremis of nuclear weapons to Saudi Arabia. And then there's that country on Iraq's eastern border that absolutely, positively is not developing nuclear weapons.

Anthony Wile: How will the U.S. government respond to the murders / recruiting stunt in Paris? In particular, will its response help or hurt Americans who are focused on protecting their assets?

Terry Coxon: The U.S. response will be:

Anthony Wile: Any concrete steps to recommend for Americans to protect their assets and their personal safety?

Terry Coxon: Most people survive most catastrophes, including most of the great ones. Most of the people who were affected in fact survived Genghis Khan's invasion, the Black Plague, the fall of Constantinople, the Thirty Years War, the 1918 influenza pandemic and the purges of Stalin and Mao.

If the ISIS project does lead to a catastrophe on a similar scale, your odds of surviving it are much improved if you are mobile, meaning that you are completely free to choose where to live and when to leave. That mobility comes from money. So the question of personal safety resolves to the question of asset protection.

For that goal – making sure what you have can't be stripped away – there are no novel steps to take. I can only urge you to do what would have been prudent even if ISIS had never grown beyond a one-camel rodeo. Internationalize your financial life to whatever extent is practical for you.

The most thorough and robust strategy for asset protection is an international trust. Nothing else comes close to the level of safety it can give you. If those words pique a reader's interest, I suggest he take a few minutes to look at Passport Financial's Path to an International Trust. It could save his economic freedom and in some eventualities could save his life.

When we analyze potential outcomes of the ISIS attack on Paris, we inevitably arrive at the conclusion that the results are going to make it harder to move around: Harder to travel from place to place and harder for your money to migrate from place to place.

More than that, as he points out, the chances of you being caught up in such an attack are very small but the chances of your life or lifestyle being affected by government regs passed post-Paris are fairly significant.

In other words, the chances of you being affected by post-ISIS actions are very good – it's just that ISIS won't be responsible. Government will be.

These days, we seem trapped in a paradigm of increasing government interference in private monetary affairs. From taxes to bank "know your customer" regs, our financial lives are under scrutiny as never before.

If we accept that this trend will continue, then diversification of assets by sector and also via geographical regions make a good deal of sense. We can't stop current trends of financial invasiveness but we can certainly pursue prudent diversification.

Terry Coxon's Passport Financial international trust is surely one solution worth investigating. We thank Terry for this interview.