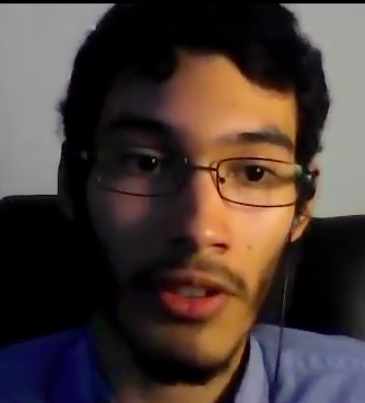 Exclusive Interviews
Watch: A Venezuelan Sets the Record Straight on Juan Guaido and US Intervention
By Joe Jarvis - March 07, 2019

What role is cryptocurrency playing in Venezuela?

What is daily life like in Venezuela right now? Can people work, how are they getting fed?

Is Juan Guaido the legitimate President, or an American puppet?

Is the American military planning to invade?

And could the same Socialist nightmare happen in the USA?

Guillermo grew up in Venezuela and escaped two years ago to Santiago, Chile. Now he works for a business intelligence company researching special economic zones.

He gives his informed perspective on all these questions, and more. From his perspective, Western media is manipulating the facts and intentionally blurring the lines between foreign aid and military intervention.

On the current Venezuelan government…

“The last time I saw a grocery store full of food I was extremely young, probably age five.”

Could Socialism destroy the United States the way it has ruined Venezuela?

The US could change from a Democracy, or let’s say the balance of power it has today, to a complete Socialist dictatorship. That could happen.

And when you say that to an American it may sound a little bit delusional. But the thing is how socialism evolves inside a country, and how the socialist politicians rig and modify the power to make themselves stay in that position and to basically delegate the other people [in power] is one of the things that scares me the most.

And it goes down to collapse very quickly. It could happen to any country.

Is the foreign aid to Venezuela really a U.S. backed coup?

“One of the things the left uses in the media is to try to make this look like a U.S. backed coup, but it’s not like that.”