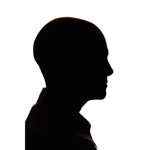 Exclusive Interviews
Why an Illegal Phone Search Got This Man Kicked Out of the USA
By Joe Jarvis - May 25, 2018

There was no conceivable reason for border agents to be suspicious when “Charles” flew from Brazil to Chigaco, with a final destination of Denver.

In this interview, Charles tells me about his ordeal with the United States Customs and Border Protection. He was traveling to the United States to see a friend but was stopped at the airport and searched without probable cause, or even reasonable suspicion.

Finally, CBP Agents forced him to unlock his phone so they could troll through thousands of pictures, fishing for a crime. They didn’t find a crime, but they did find a picture of Charles with marijuana from over a year prior. Based on that picture, his visa was revoked.

This is an unfortunate warning to those traveling to, or through, the United States.

For U.S. citizens, you have some recourse. At least you cannot be denied entrance over the refusal to unlock your phone. But agents can certainly make your day–or in some instances the next few years of your life–difficult.

It is hard to tell exactly how CBP will respond to a refusal of an American citizen to comply with their electronic surveillance demands. They may indefinitely confiscate your electronics. They will definitely detain and harass you for as long as possible.

But remember that you do have the right to refuse to speak with agents without a lawyer present. Make sure your phone has a passcode when traveling, and not just a thumbprint or facial recognition. Courts go back and forth on this issue. But in general, courts sometimes hold that being forced to reveal a password violates the Fifth Amendment right against self-incrimination. But somehow they tend to rule being forced to give your thumbprint does not.

But for non-U.S. citizens, CBP encounters are something you need to prepare for, unfortunately. Delete any pictures or files which display activities that are illegal in the United States. Even consider getting a “burner” phone that you don’t mind losing. Yes, you can stand up for your rights. But you will be denied entry into the United States, and possibly have your visa revoked.

But remember, as was the case with Charles, even if you comply with Customs’ demands, there is no guarantee they won’t find some excuse to deny you.

It is easy to advise not to talk to police or any government agent, but this is much harder in the situation. When you have been placed in solitary confinement, flanked by large armed guards, threatened, and bullied, the defenses may come down, and you will just want to get out of the situation. Even remaining silent is no guarantee of safety for non-citizens. Agents can deny you access to the USA for basically any reason.

It is absurd that you should even have to consider such things. This is a testament to the growing power of the American surveillance and police state.

I’ve said in the past that I believe the due process protections allegedly protected by the Bill of Rights should be extended to everyone on American soil, not just American citizens.

As Charles pointed out, America is losing business due to this arbitrary harassment. It might be small scale now, but there is no guarantee that America stays on top forever. And if I wasn’t an American myself, I would be tempted to boycott travel to the country altogether. They don’t deserve the tourism dollars and the business of foreigners they harass.

If the government actually cares about the economy, promoting international business, and just making foreigners feel good about having ties to America, they will pull back their oppressive border tactics immediately.