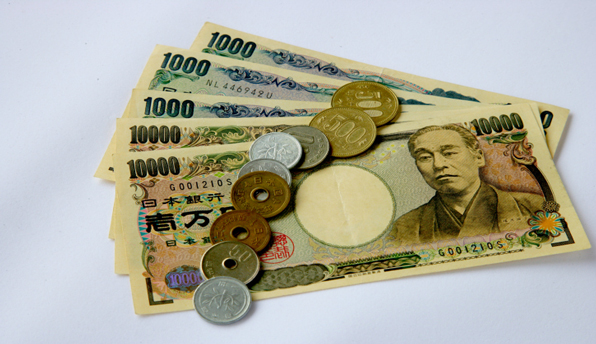 Dominant Social Theme: Abenomics: The answer to the structural rigidities and failures of the Japanese economy.

Free-Market Analysis: So we learn that Abenomics is not working so well. Okay … we never expected it to.

Honestly, where has a Keynesian economic program ever really rebuilt an economy? FDR tried it in the US, but the US economy didn't recover until the end of World War II when virtually every other major economy in the world faced significant reindustrialization.

So what was the REAL reason for Abenomics, if not to put Japan back onto the proverbial fast track that it occupied in the 1980s? We have our suspicions, which we'll get to at the bottom of the article.

Meanwhile, let's examine the ups and downs of Abenomics a little more closely. The mainstream media – including Wikipedia – seems to believe that Abenomics IS a success, especially because the Nikkei went up in 2013.

But this Bloomberg article signals that Abenomics is now facing significant headwinds.

The results underscore the challenge facing the firms as they seek to sustain profitability amid investors' growing wariness of Abe's ability to revive the economy and financial markets. Investment-banking fees dropped for Nomura while the decline in Japanese stock trading caused brokerage commissions to slump for both companies.

"Abenomics has faded away, which is the reason why brokerage commissions fell," said Takehito Yamanaka, a Tokyo-based analyst at Credit Suisse Group AG. "The question is, how much can they earn from investment-banking deals, including IPOs?"

Abenomics is not just a stock-brokerage effort, of course. In March 2013, Business Insider explained the program's three-pronged approach in an article entitled, "Everything You Ever Needed to Know About Abenomics." (The program has been publicly in force since at least 2012 when Shinzo Abe was elected to his second term as Prime Minister.)

First, as the article describes it, the monetary policy aspect of Abenomics included a reduction "of real interest rates" – via monetary (central bank) policy. A weaker yen promises to encourage exports.

Third are "structural reforms." These sorts of reforms are aimed at addressing specific Japanese concerns relating to the shrinking labor force, ingrown corporate governance and overtaxation.

The trouble with this cocktail of palliatives is that while it is fairly easy to propose, it's harder to implement. The monetary part is perhaps easiest, though we can see from the above that even here results are proving increasingly dubious.

ForexLive has posted a number of articles on Abenomics that are a good deal less optimistic than much mainstream media commentary. One cited a June BOJ survey that saw consumer spending decreases "a year from now." In fact, Abenomics counted on a rise in consumer prices to stimulate immediate spending, but Japanese consumers don't seem to be taking the bait.

ForexLive pointed out in a July 10th commentary: "The percentage of people who said they expect prices 'will go up significantly' over the next year has been falling — to 13.5% in the June survey from 19.7% in the previous quarterly survey in March. The portion that expects prices to go up 'significantly' over the next five years has also shrunk, to 26.0% in June from 29.4% in December."

A third ForexLive article, "Is Abenomics Starting to Come Apart at the Seams," focuses on Abenomics's most recent effort, a tax free saving plan that Japanese savers seem lukewarm about:

In a further blow and snub to Abenomics, it's been reported that the new tax free savings plan introduced in January has been poorly received by the Japanese.

In an effort to get the hoards of Japanese savings into riskier assets the NISA program is offering capital gains exemptions for all equity investments placed within it. What is putting off the public is the fact that the savings account only runs for 5 years and then has to be redeemed and restarted.

Atsuto Sawakami who runs the $2.9bn Sawakami fund concurs saying that; "NISA is meaningless as it's only good for five years. Young people have to work for 30 or 40 more years. Tax cuts on long-term investment are key."

Perhaps some of this is fixable by reconfiguring the tax program, but our suspicion is that Abenomics is really intended to stimulate the Japanese stock market as part of a larger "Wall Street Party."

A Keynesian program provides tools to do this. Keynesian stimuli are distributed through large banks and brokerage firms and we've seen the same mechanism at work in the US where stock averages have climbed while employment has languished.

We've hypothesized that all the forces that usually want to see stock markets go up are working hard to inflate US averages, including Wall Street, central banks (including of course the Federal Reserve) and the larger banking establishment that wants to further globalize and homogenize the West's financial industry.

The US marts are certainly inflated, from what we can tell, as are various overseas marts. Perhaps one of the reasons for Abenomics was to ensure that Japan joined the "party."

We're not so sure as Bloomberg about the end of certain stimulative effects when it comes to Abenomics. Keynesian policies do stimulate securities and may again in Japan.

It's the rest of the Japanese economy we're not so certain about.