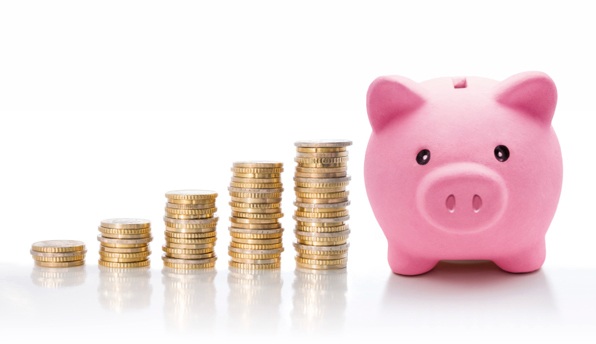 My missive under the same title (Daily Bell, April 18, 2014) created quite a stir. As pointed out, the title is tongue-in-cheek and should be interpreted in the light of trying to find the best method to combat the fiat currency inflicted upon the population of our globe without their consent and in violation of their obvious interest. If people could understand that they could draw an income from the manipulation scheme risk free, then the days of gold price manipulation would be numbered.

One criticism my piece evoked concerns the scenario when the options written are exercised (the critic identified himself by the name "Paul"). Paul says that exercise is a setback that only professionals can handle the risk. I would answer that if the call option is exercised, a put option should be written at the same time and at the same strike price and vice versa. You don't have to be a professional to do that; a software can be programmed to do it for you. Since you keep buying gold and a lower price and keep selling it at a higher price than anyone else, your trade must be profitable and yield a positive income.

In what follows I present a sample of my earlier writings on the same theme.

The reason why mainstream economics is silent on the subject of gold, interest, and the gold basis is that the interplay of these reveals the incredible mismanagement of the economy in the twentieth century, as well as the corruption of the monetary and credit system by the banks and by the government in the twenty-first. As far as monetary science is concerned, universities no longer serve the cause of search for and dissemination of truth. Instead, they provide refuge for a reactionary conspiracy trying to cover up mismanagement and corruption reinforced by eighty years of Keynesian and forty-five years of Friedmanite brainwashing. No university in the entire world is prepared to study in a detached manner the subject of gold, interest, basis and the theory of warehousing as it applies to the hoarding of monetary metals. Universities no longer serve the interest of people anxious to secure their economic survival in the face of untold dangers as indicated by the Babeldom of runaway debt and exploding derivatives markets. Rather, they are serving the interest of their paymasters.

History will not be kind to mainstream economists. Keynes, Friedman, and their followers will be lumped together with Soviet biologist and geneticist Trofim Lysenko, stooge and sycophant of Stalin. Lysenko sent his fellow biologists to the Gulag for opposing his hare-brained theories, never to be heard from again. Lysenko betrayed science as he betrayed humanity. He was, no less than Stalin, a monster.

Luckily, we are not yet at the stage that the reward for opposing Keynesian and Friedmanite pseudo-science is a one-way ticket to the Gulag. We are still free to derive an income from the volatile gold price, provided we train ourselves to regard gold as the material from which the unit of value is made − rather than using the irredeemable dollar for that purpose.

The Quantity Theory of Money

I have never subscribed to the Quantity Theory of Money, nor have I ever believed that the downfall of the regime of irredeemable currency must necessarily take the form of hyperinflation. It could, of course, if wars and revolutions destroying supplies of goods and facilities to produce them were in store. The Quantity Theory of Money is a linear model that is wholly inapplicable to our highly non-linear world. The dénouement of the present global experiment with irredeemable currency is not likely to involve hyperinflation (assuming no destruction on the scale of WWII). Unfortunately, a lot of innocent people will be led astray and ruined financially by the nearly unanimous propaganda predicated upon the Quantity Theory, prophesying hyperinflation.

In order to see what is happening to our money a more sophisticated theory is needed. The new theory must assume a thorough understanding of monetary metals, warehousing, futures markets, basis. We must also have a new theory of interest that takes gold fully into account. We must develop a non-linear model for the global world economy. The central fallacy of mainstream economics must be exposed, according to which producers meekly accept irredeemable promises to pay in exchange for real goods and real services, while savers will put up with the pilfering of their savings and meekly turn over their right pocket when the banks and the government have picked clean the left. Eventually people will also understand that driving interest rates down all the way to zero is tantamount to plundering capital.

It is a grave mistake to explain rising gold and silver prices in terms of the supply/demand equilibrium model. There is simply no scientific way to measure speculative supply of and demand for monetary metals augmenting supply and demand in the conventional sense, without which the model becomes meaningless. Speculators can jump back and forth between the supply and demand side of the market on a moment's notice. The only thing that the supply/demand equilibrium model can correctly predict is the ever increasing volatility of the price of monetary metals. But ever increasing volatility makes it possible for people to derive an income through writing options on their holdings of gold and silver.

We must also exorcise the bogey-man of the naked short seller of monetary metals. The inordinate short interest in the futures markets is not explained by conjuring up suicidal naked shorts. It is properly explained in terms of the activities of market makers whom I may call "bulls in bears' skin". Typically, they are traders who have learned the trick how to derive an income from their holdings of monetary metals – even while retaining physical control. They are not naked shorts by any stretch of the imagination. They do have the gold and silver, but keep them at a safe distance from the commodity exchange and its predatory policies favouring the short interest at the expense of the long. To their mind it pays to pose as a short. They hide their full armour underneath a mask, showing them naked.

The proposition that it is possible to earn an income on gold without relinquishing physical control of the stuff may sound like getting something for nothing, contradicting the Law of Conservation of Matter and Energy. Yet we should not be too hasty in dismissing this possibility. It is true that income and risk go hand-in-hand. Income is the reward for consistently successful risk-taking. Show me a man who can generate an income without taking risks, and I show you one who has invented perpetual motion.

Harnessing the energy of the fluctuating gold and silver price

Yet there is no contradiction here. Paradoxically, it was the mainstream economists themselves who made this black art possible. They promoted the regime of irredeemable currency making the gold price fluctuate. If you keep your book in terms of gold units rather than units representing irredeemable promises, then it is indeed possible to earn an income on gold even without relinquishing it (thereby incurring the risk of losing it). To understand how this works we only need to refer to the fact that in principle harnessing the energy represented by the flow and ebb the oceans is possible. Likewise, it is possible to harness the energy represented by the fluctuating price of gold and silver. The best method of doing this is to write options on the monetary metals. Which one? That question can be answered by determining which monetary metal can be stored more efficiently at the going price. The determination of the relative efficiency of warehousing different goods depends on the basis. The same dilemma is facing the elevator operator when he is buying grain at harvest time to fill up his grain elevators. Should he buy more wheat or more corn? The price could easily mislead him. The basis would not. He buys the grain with the wider basis. In this way he maximizes the efficiency of his warehousing operation.

As I suggested above, what appears as naked short selling to silver analysts is really the activities of "bulls in bear's skin". It is the tip of the iceberg that can be seen. What is not seen, the bulk of the iceberg, is the dynamic hedging of ever increasing gold and silver hoards through the option-writing activities of the principals who want to stay anonymous. They are actually quite happy that the analysts believe, and spread the belief, that they are naked short. The longer they can keep the "cover" of being "naked", the better it is for their operations.

It is futile to wait for the "naked shorts" to cover in a panic while sending the price through the roof. This does not mean that the price may not go through the roof, but if it does, then it is also likely to go through the floor next time around when the pendulum swings back. Volatility is increasing. The get-rich-quick crowd waiting for the miracle of the silver price going to four digits overnight, and the gold price going to five, will be frustrated. Rewards will go to the patient and industrious observer taking pains to study the basis and who has the right strategy that can handle increasing swings in the price of monetary metals through option writing. He doesn't subscribe to linear models. His guiding star is the non-linear variation of the basis.

The Law of Conservation of Matter and Energy

But how do we answer the objection that our proposed scheme contradicts the Law of Conservation of Matter and Energy? Simple. We don't. We might as well admit up front that the contradiction is real. Chalk it up as an unintended gift from the managers of the regime of irredeemable currency. Helicopter Ben and his successor have air-dropped manna to the enemy camp by mistake. Nor can they help but keep doing it. Their navigation system is all screwed up.

The gold standard is an instant reward/penalty system that rules out income generated without risk. Were our schools allowed to teach economics properly, the electorate would know this and it would demand the immediate scrapping of irredeemable currency as the most wasteful and iniquitous monetary system imaginable. It would demand the immediate reinstatement of the gold standard as the only monetary system serving even-handed economic justice. Under a gold standard foreign exchange and interest rates are stable. So is the price of the monetary metal. There is no profit in gold, silver, and bond speculation. Interest- rate derivatives and bond futures are unknown. Debt is reined in by the ability to service it. Banks cannot lend long while borrowing short with impunity. When they lend, they are limited by the size of their quick assets. Under the gold standard economic risks are created by nature, not by man. Helicopter Ben belongs to fairy tales, not to banking, let alone central banking.

Since the regime of irredeemable currency defies natural law, it is digging its own grave. This is the true explanation of the coming crack-up boom, rather than the "overissuing" of the currency. Currency was overissued already a hundred years ago. What needs to be explained is the lag of consequences.