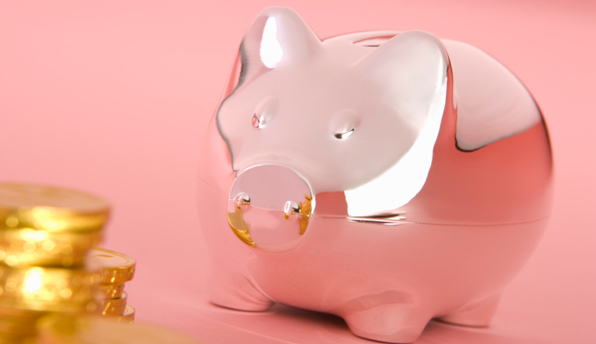 This rejoinder was prompted by the Daily Bell interview with Bill Murphy of GATA (March 30, 2014).

I shall accept, for the sake of argument, Murphy's premise that the dollar price of gold is heavily manipulated by the U.S. government in order to keep it in check. But while Murphy thinks that it is a great curse I shall argue, tongue in cheek, that it is a blessing in disguise. The difference between Murphy's thinking and mine is the difference in financial survival strategies in the face of the U.S. government's deliberate policy of destroying the dollar and, along with it, the savings and pension rights of people, to say nothing about destroying the world economy.

Apparently Murphy believes that there is only one reasonable investment strategy in gold, namely, buy and hold in the hope of huge capital gains. However, this strategy turns people into sitting ducks for the manipulators. They engineer violent changes in the dollar price of gold. They squeeze holders. They make them buy high and sell low. In a sense, people fall victim to their own faulty understanding of gold.

True understanding makes a distinction between the price and the value of gold. The latter is constant (to the extent there are constants in human affairs); the former is the reciprocal of the wobbly value of the irredeemable dollar. When the dollar is down and falling, the gold price is up and rising, and conversely. The mistake most gold bugs make is that they identify the value of gold with its price. No wonder they fall victim to the manipulators' tactics and consequently get separated from their gold, sometimes with severe losses. No wonder they consider manipulation a curse, even a criminal activity, and try to use legal means to stop it. That's what GATA is about. Needless to say, this effort is an exercise in futility. It makes manipulation more pervasive, not less. The manipulators are emboldened by the success of their own tactics. Gold bugs get frustrated.

However, a true understanding of gold recognizes that the gold-price manipulation scheme, far from being a curse, can be a blessing in disguise. It is not a sign of strength. On the contrary, it is a sign of weakness. A metaphor from physics may help. Take the example of the tide-ebb phenomenon. It is motion representing energy. It can be tapped. If it is not, the reason − to be blunt about it – is our own stupidity. Likewise, the artificial gyration induced by the manipulation in the gold price also represents energy that can be harvested.

There is a valid strategy, missed by Murphy, which does just that. It may not fully satisfy the get-rich-quick artist who dreams about $2K, $5K and $50K gold. Rather than generating capital gains this strategy generates a steady income. And here is my main point: because a falling price is motion just as surely as a rising price, it also represents energy ready to be harvested. The alternative strategy works in a bear market as well as it does in a bull market.

So how does this alternative strategy work? Well, it consists in writing options on gold. In more details, the holder (hereafter " writer") writes call options on his holdings of gold. There are two cases to consider: either the options expire worthless, or they expire in-the-money and are exercised. There is no problem in the first case. The option premium accrues to the writer free and clear. It represents income derived from the strategy. As the gold is no longer encumbered, the writer can write new call options to replace the expired ones without delay.

There is a problem in the second case. The gold is gone. Here is how the problem can be handled. As soon as the gold is called away the writer writes put options on the same gold at the same strike price. Again, there are two cases to consider: either the options expire worthless, or they expire in-the-money and can (must) be exercised by the writer. There is no problem in the first case. The option premium accrues to the writer free and clear. It represents income derived from the strategy. But as the cash margin is no longer encumbered, the writer is free to write new put options to replace the expired ones without delay.

There is no problem in the second case, either. The writer has recovered his gold at the same price he had been forced to sell it earlier. The bottom line is that the writer ends up with the same gold he started with, but he is richer by the income that he has in the meantime derived from his strategy. Now he is back at square one. He is ready to repeat the process. He can continue as long as the manipulation lasts.

Critics of the scheme argue that there is a risk involved, namely, the option market could default on the put options in which case the writer loses his gold. However, this risk can be avoided if the writer simply puts up a cash margin instead of putting up the physical gold as security against his contract. He may even store his gold safely off-shore. Of course, if the option market defaults, the strategy must be continued in another country. It is most unlikely that all countries would ban gold option trading simultaneously. Asian markets, for example, would only be too glad to increase their market share if authorities banned gold option trading in the U.S. For the same reason it is also most unlikely that gold option trading in the U.S. would be banned.

Another criticism is that the strategy assumes that the Principle of Reverting to the Means holds. But (so the criticism continues) this is a statistical principle and there is no guarantee that it will kick in during the life-span of the writer, during which the gold price may keep rising or falling without interruption. This is true. But the income derived from option-writing will continue nevertheless. If it is an uninterrupted rise, the put options will keep expiring worthless; if it is an uninterrupted fall, the call options will keep expiring worthless. In neither case will there be an interruption in the flow of income.

The only case in which the strategy would fail to deliver income would be if the dollar price of gold was stabilized. That is, when a de facto gold standard emerged and manipulation was defeated.

This is no perpetual motion. The dollar price of gold got destabilized in 1971 when the U.S. government fraudulently defaulted on its international gold obligations (hard on the heels of its 1933 fraudulent default on its domestic gold obligations). Fraudulent, because the U.S. Treasury did have the gold it owed, making it a clear case of embezzlement. Worse still, in the 1971 episode the gold belonged to people not under the jurisdiction of the U.S. government, making it a clear case of piracy. It is this fact that explains the raison d'être for the policy of manipulating the dollar price of gold. The manipulation of the gold price is nothing but the effort of the defaulting banker to maintain the value of its dishonored paper by hook or crook. The gain of the writer of options is simply compensation for damages from the ill-gotten gains of the defaulting banker.

The Scottish adventurer John Law had to put on female garments to escape the wrath of people chasing him out of Paris. I wonder what garment the manipulators will wear when it is their turn to make their escape from Washington.

The Bill Murphys and Ted Butlers got it all wrong when they cry "bloody murder" at the sight of manipulation. They confuse cause and effect. They are knocking the effect, namely manipulation, whereas they ought to be knocking the cause, namely fraudulent default. But dishonesty carries with it its own punishment. The gold-price manipulation is a stupid self-defeating policy as the pile of ill-gotten gold is drawn down through the involuntary gifts the U.S. Treasury is paying to people who have correctly diagnosed the greatest embezzlement in world history, the crime of 1971.

I may add in closing that very few people realize the opportunity presented by the dishonesty of the U.S. government in committing and then trying to cover up the crime. Very few people are capitalizing on the manipulation of the gold price through the strategy of option writing. Moreover, those who do hold their cards very close to their chest. They advertise neither what they are doing nor the fact that their strategy is extremely lucrative. They shun the floodlight, such as mine, focused on their activities.

Manipulation or no manipulation, the regime of the irredeemable dollar is doomed. The existence of the loophole of option-writing is one proof of this fact; there are many others.

Note. My criticism of GATA for attacking manipulation rather than the original sin of fraudulent default should not be misconstrued as a denial of the fact that GATA is doing some excellent work in exposing the death throes of the international monetary system based, as it is, on the irredeemable dollar, and the futile effort of the U.S. government to dodge the inevitable. A good review by Chris Powell of this saga is referenced in the Daily Bell interview mentioned in the first line of this commentary above.