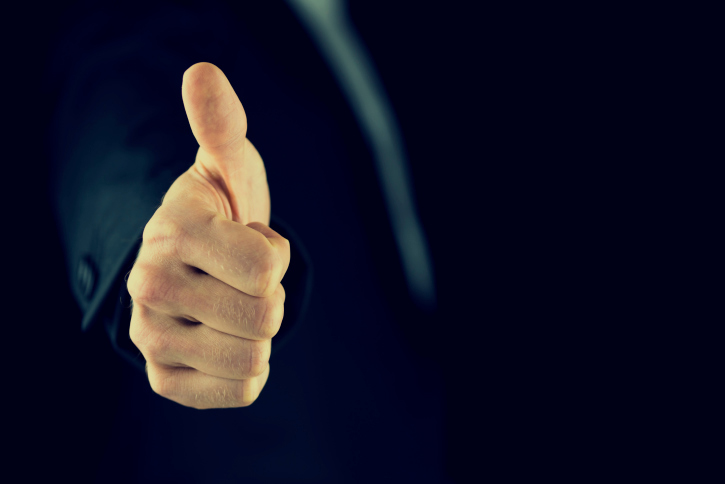 Once more we are reminded how the modern economic intelligentsia is divorced from our miserable economic realities. And we have Paul Krugman to thank for that.

In a recent editorial, Krugman pointed out that top economists believe the Obama administration's "stimulus program" had a positive effect on the US economy. A panel of economic experts from the Initiative on Global Markets (IGM) Forum came to this conclusion. He writes:

The most recent poll … asked whether the American Recovery and Reinvestment Act — the Obama "stimulus" — reduced unemployment. All but one of those who responded said that it did, a vote of 36 to 1. A follow-up question on whether the stimulus was worth it produced a slightly weaker but still overwhelming 25 to 2 consensus.

A description on the IGM Forum homepage explains the following:

… Our panel [is] chosen to include distinguished experts with a keen interest in public policy from the major areas of economics, to be geographically diverse, and to include Democrats, Republicans and Independents as well as older and younger scholars … The panel includes Nobel Laureates, John Bates Clark Medalists, fellows of the Econometric society, past Presidents of both the American Economics Association and American Finance Association, past Democratic and Republican members of the President's Council of Economics, and past and current editors of the leading journals in the profession.

Wow. All these big brains decided that printing money was the key to economic solvency. Here's more from Krugman:

… Over the past several years policy makers across the Western world have pretty much ignored the professional consensus on government spending and everything else, placing their faith instead in doctrines most economists firmly reject.

… The only piece of our system that seemed to have learned anything from history was the Federal Reserve, and the Fed's actions under Ben Bernanke, continuing under Janet Yellen, are arguably the only reason we haven't had a full replay of the Depression.

Sure enough, there are moves afoot in Congress to take away the Fed's freedom of action. Not a single member of the Chicago experts panel thinks this would be a good idea, but we've seen how much that matters. And macroeconomics, of course, isn't the only challenge we face.

In fact, it should be easy compared with many other issues that need to be addressed with specialized knowledge, above all climate change. So you really have to wonder whether and how we'll avoid disaster.

Krugman isn't content with his Keynesian misdiagnoses. He needs to mention once more that the "expert" consensus concerning climate change is not being heeded, either. The man is a kind of walking container of dominant social themes, mouthing most of the platitudes that elite globalists want mentioned on a regular basis.

One of the most egregious is that academicians have specific secret knowledge that civilians do not. In other words, if you receive a "diploma" from a government-approved, publicly funded and regulated university, you are in a much better position to understand the realities of modern life, including its sociopolitical, economic and military complexities.

Fortunately, what we call the Internet Reformation has shown us quite clearly that a good deal of the accepted wisdom circulating amongst "experts" in the West is at least questionable: That goes for health care, physics and history as well as economics.

Years from now, when history scrutinizes the evident price-fixing of money inherent in monopoly central banking, people will surely wonder how we lived under such a destructive regime, one that creates agonizing business cycles that drain the wealth of otherwise productive citizenry.

Krugman, of course, is a leading advocate of modern central banking, as might be expected given everything else he apparently endorses. It is to be hoped that his influence is waning thanks to this Internet Era of ours. More and more people understand the economic fraud that was perpetuated in the 20th century by the English Fabians and their favorite son, John Maynard Keynes.

It was Keynes's incoherent theory that government could print paper money to generate prosperity and create employment. Krugman is a leading exponent. In fact, healthy economies thrive when government is minimally involved. The private sector creates jobs while government by definition can create nothing – but Krugman will acknowledge none of that.

Krugman recently resigned from Princeton where he was teaching economics. A Forbes article speculated that Krugman was possibly "leaving Princeton In quiet disgrace." Would it were so. Perhaps, even within the context of academia's often-misguided economics, Krugman is wearing out his welcome.

Monopoly central banking is the primary scourge; along with "corporate personhood." These twin evils have distorted how free markets should operate and created something called "modern capitalism" that has little or no relationship to a free society.

Today, in the US alone there are reportedly 100 million people not working (at least not full time) who may want to work, 50 million on food stamps and another 50 million on various other subsidies. This in a country that only a century ago was not afflicted in such a manner, nor needed such massive government intervention.

The one pillar holding up a semblance of "prosperity" – equity marts – is beginning to tremble. This past week we saw a significant selloff that might be expected given that the US bull market is at least five years old now. Additionally, it seems that Argentina is defaulting, providing an additional impetus to unsettle the markets.

I've often emphasized the "Wall Street Party" in these pages, given efforts of the power elite from a regulatory and monetary standpoint to shove the market higher and higher. They may be doing it to try to generate a semblance of a recovery or they may simply be doing it to create asset bubbles that when pricked will generate tremendous chaos and subsequent calls for more fiscal and monetary internationalization.

In any event, those running the world have not concealed their desire to implement a global tax and to emplace a global central bank and even a global trading mart that would encompass stocks, bonds, options, futures, derivatives, etc. A really big crash might help their cause.

What is certainly true is that the higher the market goes – especially as it is not underpinned by any sort of "recovery" – the more destructive the final unwinding will be. Nonetheless, I'd be surprised if this unwinding takes place in this laziest of all trading months, August, as we pointed out yesterday.

Additionally, if the markets survive the next few months with a correction rather than a crash, it's quite likely this ancient bull will keep running. Those supervising the show are riding it hard. It's a very lucrative process for all involved, especially at the top. And it might explain why so many prestigious economists are enthralled by statist economies. The next few months will tell the tale.