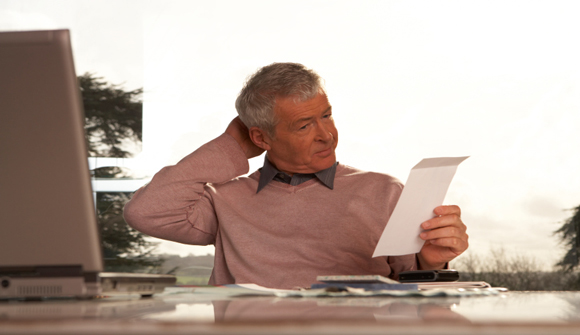 EDITORIAL, Gold & Silver
Strange Value of Gold in a World That Demands It
By Anthony Wile - October 22, 2014

A recent CNBC article tells us that "gold is sending wacky signals." … Why? Because of a strange, emergent "correlation" that gold is now exhibiting with the recently rising dollar and bonds.

The article quotes trader George Gero of RBC as saying: "It started as a hedge against lower stocks and has gained traction with lower interest rates … The dollar hasn't really moved much. It's interesting because both gold and the dollar are safe havens, and I think it's surprising and confusing many traders."

The dollar as a safe haven? The "dollar" has lost nearly all of its purchasing power since it became a Federal Reserve Note in 1913. There's nothing that should give dollar watchers any great confidence in its future, either. Around the world, officials are increasingly dismayed by its performance and eroding future. China and Russia have made it clear that it ought to be replaced as the world's reserve currency.

Within this context, it's not surprising that gold remains in demand despite the dollar's considerable rise against the precious metal in the past few years. According to Gero, gold ought to reach$1,300 by year-end and traders now say gold has reversed its recent bear trend; the short-term outlook is bullish according to CNBC, "with gold possibly extending to the $1280/1290 level."

The article goes on to explain that, "There were some periods where the fright of the crisis was so severe and investors went into gold and bonds simultaneously."

Presumably, we're supposed to be impressed and intrigued by the financial sector's attraction to gold when there are other safe-haven options such as US bonds. The constant surprise expressed at gold's resilience is really puzzling considering the many places where the yellow metal's historical role as a store of value is quite well known.

There is this, for instance, from a recent article from the International Business Times:

Russia Beefs Up Gold Reserves To Offset Heat of Sanctions And Undercut Dollar … Russia, hit by economic sanctions by the West is on a gold buying spree. Holding world's fifth largest basket of foreign currencies, Russia has made a course correction with a new focus on heightened gold purchases.

Reason is that Russia is getting wary of the dollar and euro reserves once it came under the fury of U.S. and European sanctions over the Ukraine crisis.

Another reason is that currencies are risky in terms of holding due to the bulging debts of the governments that back them. The latest data from International Monetary Fund, says Russia is hiking its gold holdings for the fifth consecutive month as of August. The IMF noted that Russia is overtaking both China and Switzerland in the process.

Thus Russia became the world's fifth-biggest buyer of the metal. As per the latest stats, in August Russia had 1,112.5 tonness of gold in its foreign reserves kitty and that was up by 7 percent compared to January. As a result, the new ratio of gold to foreign reserves of Russia is 8.3 percent to 9.8 percent.

We can see that even if gold is not seen as especially valuable by Western traders, Russian officials surely have a contrary view. The article goes on to explain that holding gold "helps Russia in fighting the contamination risk in case precarious financial conditions of the West worsen."

The article also mentions that the Russian officials intend to further increase gold holdings, though the country's gold holdings would still be "smaller than those of France and Germany, whose gold holdings are 60 percent their total foreign reserves."

Projections are that the Central Bank of the Russia will purchase some 200 tonnes of gold towards the end of this year. Meanwhile, China, critical of cornering Russia with sanctions, is deepening economic ties with it, reported Business Week.

China is also noted for its significant gold holdings. Many market watchers aver that both China and Russia pursuing a confrontational approach to Western countries will like to increase their gold holdings as a hedge against future uncertainties. Ultimately, the duo hope gold rush will undo dollar's supremacy as a key currency.

Three big financial hubs in Asia are separately launching trading in a gold contract, each backed with physical gold. If they draw enough investors, the contracts could influence the price of gold, which is set by a daily fix in London. "You now have a market that's driven by Asia," says Catherine Raw, who manages BlackRock Inc. $7 billion global mining fund.

The Shanghai Gold Exchange was launched in September inside the city's free-trade zone, offering yuan-denominated contracts backed by gold held in Shanghai. This week, Singapore will offer its own contract, and later this year, CME Group Inc., which operates exchanges in Chicago and New York, plans to start a U.S. dollar-denominated contract in Hong Kong.

In the U.S. and Europe, gold is often bought as a hedge against higher consumer prices. But with few signs of inflation, the price of gold has fallen 10% since March and is down by a third since the end of 2012. Holdings by gold-backed exchange-traded funds fell to 53.5 million ounces in October, the lowest level in five years, according to U.S-based ETF Securities.

In Asia, where the metal remains popular as a store of wealth, demand for gold jewelry, bars and coins is robust. The World Gold Council, an industry body, says demand in China rose to almost 1,300 tons in 2013, up 160% from five years ago, although it expects demand to be flat, at best, this year. In India, buying was 50% higher over the same period at 975 tons.

China is now the world's largest producer and consumer of gold, and the biggest importer, as domestic demand has outstripped supply. India also is a major buyer and importer. Two-thirds of global gold purchases come from Asia, the World Gold Council says.

Let's summarize. Gold is struggling in the West; the dollar valuation of gold has dropped by a third; at best according to traders, the dollar-value of gold could generate about US$1300 by year's end. Yet in China alone, demand rose to almost 1,300 tons, up 160 percent from five years ago … and this while the dollar was rising against gold by one-third!

What on Earth could be the reason for the dollar-value of gold to drop precipitously while the metal is in demand in Asia and India? Well … the article explains as follows:

London has dominated the trade in physical bullion for more than 300 years. Vaults in the city, including one under the Bank of England, house 7,500 tons of gold, according to the London Bullion Market Association. Since 1919, prices have been set in the city by a twice-daily conference call among four banks.

Trade in gold futures—agreements to buy or sell the metal at a specified price on a predetermined date—is dominated by the Comex division of the New York Mercantile Exchange … London's role in setting gold prices is coming under scrutiny.

In May, a U.K. regulator fined Barclays $44 million after one of its traders manipulated the gold price at the expense of a client. The London Bullion Association is looking to replace the gold fix with an electronic system, following a similar change made in August to how silver prices are determined.

"Recent 'scandals' in the London price-fixing mechanisms would seem to give China an opportunity to step in and prove that they can run a 'clean' pricing mechanism," said Chris Gaffney, a market strategist at EverBank Wealth Management, in an email. The new contracts could also further boost Asian demand, allowing traders and investors to hedge positions in local currencies, analysts say.

One need only read the above excerpt to realize something is amiss. Regulators are investigating a variety of gold-price manipulations and the "fix" itself has lost so much credibility that the London Bullion Association wants to replace the current system with an electronic one.

You know … anything that will bring the price of precious metals more in line with world demand is an improvement. In China there are lines out the door to buy gold when it is available. India's black market in gold is rising rapidly. It is only in the West that gold is treated as a somehow puzzling and even undesirable commodity.

Investors considering gold as an investment should take care to notice the worldwide outlook and demand, not just the West's parochial and often puzzling attitude toward the yellow metal. Maybe the value found in gold in much of the world isn't so "strange" after all …