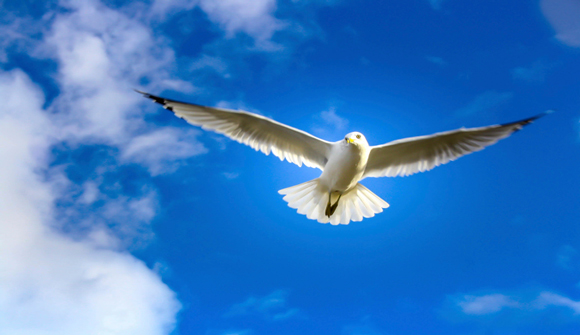 India and Vietnam: Taking the Glitter out of Gold … When uncertainty reigns, investors all over the world turn to gold as a safe haven. But some countries are starting to take issue with their residents' preference for storing wealth in gold bars, rather than bank accounts … Widespread investments in physical gold … mean that large pots of wealth sit idle, instead of being put to work in the broader economy. And in countries where gold is a popular investment, those financial institutions which carry large gold deposits, lend cash against gold or offer interest-bearing gold deposit accounts, can pose a risk to the financial system if commodity prices suddenly shift. – The Financialist

Dominant Social Theme: Gold is simply not a good investment.

Free-Market Analysis: We often write of directed history, the idea that powerful forces create conditions for the policies that they want to implement.

When it comes to money metals, the idea would be to drive down metals prices while simultaneously affirming that these same metals are simply not a good investment. They are barbarous and whatnot.

At the same time as precious metals prices are falling, stock indexes are rising – presumably at least in part because of the pump priming by central banks that are printing great gouts of money. Some of this money gets stuck in bank coffers but a fair amount is obviously finding its way into various stock markets.

We will leave it to readers to decide how calculated these activities are. If one believes that central bankers and governments generally want higher fiat prices relative to gold, then such strategies could be viewed as more deliberate than not. This article would surely seem to show us once again that when the market does not suffice, governments themselves will attempt to create the conditions they seek.

Vietnam, a country which imported 95% of its domestic gold consumption in 2011, have taken steps in the past year to discourage savers from hoarding gold. The Indian government doubled import duties on gold bullion to 4 percent in March and with current account deficits at record highs, recently announced another hike to 6 percent.

"It is diffcult to establish the impact (of the tax) on CAD," Indian Economic Affairs Secretary Arvind Mayaram said, according to Reuters. "But there will be some moderation in gold demand." Though Credit Suisse analysts say the higher taxes could weaken import demand by as much as 10 percent, they believe the health of the Indian economy and rupee strength will probably play a larger role in determining the country's demand for gold this year.

Indian gold imports already appear to have slowed. After several years of acceleration, the Reserve Bank of India reported last month that gold imports between April and October 2012 dropped to 398 tons from 589 tons during the same period in 2011.

In a recent note, Credit Suisse analysts predicted that net imports were on track to drop to no more than 800 tons for the whole of last year from 2011's approximately 970 tons. But analysts also note that it is difficult to know how much of that slowdown can be attributed to tax increases since the rupee also depreciated sharply over the year.

We actually have our doubts as to whether government policies can have an effect on cultures that have valued precious metals for centuries, even millennia. Ingrained habits of this sort are hard to break and probably the best that can be hoped is for a slight moderating effect. The article itself admits that:

Gold is especially popular among lower-income residents in India and has deep cultural significance, especially as a prized component of wedding celebrations. … In the end, both Vietnam and India walk a tightrope in trying to wean citizens off gold in times of high inflation and economic uncertainty, while also trying to avoid encouraging a black market.

"As with India, the government will be wary of driving more of the gold trade underground," Ric Deverell, Credit Suisse's Head of Commodities Research wrote about Vietnam in a recent research note. "Gold's utility as a highly portable, high-value store of wealth is as relevant today as it has ever been."

This is a good conclusion to the article; such caveats would tend to support what an unbiased observer would conclude … that considerable value is attributed by certain cultures to precious metals.

What is also true is that by stimulating stock markets around the world via money printing, central banks can create an expectation of value in equity markets that can be quite attractive no matter the larger economic situation. The US Fed in particular has provided an enormous monetary boost to averages like the Dow – that has more than doubled in the past five years.

And so we return to our hypothesis regarding directed history and how the powers-that-be work to create an on-the-ground reality that conforms to a larger agenda of sociopolitical and economic control.

Even while policies are being put in place that discourage gold hoarding, loose monetary policies support higher equity prices and give certain assurances that such an evolution will continue, at least for the near future. One may expose or even decry the manipulation and the reasons for its existence but that may not diminish its success, nor mitigate its profit-making potential.

No wonder so many subscribe to the adage "the trend is your friend."