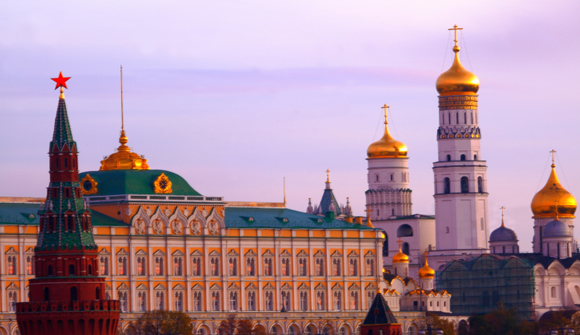 Putin Turns Black Gold Into Bullion as Russia Out-Buys World … When Vladimir Putin says the U.S. is endangering the global economy by abusing its dollar monopoly, he's not just talking. He's betting on it. Not only has Putin made Russia the world's largest oil producer, he's also made it the biggest gold buyer. His central bank has added 570 metric tons of the metal in the past decade, a quarter more than runner-up China, according to IMF data compiled by Bloomberg. The added gold is also almost triple the weight of the Statue of Liberty. "The more gold a country has, the more sovereignty it will have if there's a cataclysm with the dollar, the euro, the pound or any other reserve currency," Evgeny Fedorov, a lawmaker for Putin's United Russia party in the lower house of parliament, said in a telephone interview in Moscow. – Bloomberg

Free-Market Analysis: For once, we agree with part of an elite dominant social theme. Vladimir Putin is not a very good man. We write this in the face of numerous alternative media reports that paint Putin as the savior of the West, someone who is standing up to the Jewish banksters and putting a number of them in jail.

You have to understand the skewed analyses now offered by some of the alternative media to comprehend the Putin worship that takes place on the Internet.

He is seen as a man who is replacing Godless Jewry with the holiness of the Russian Orthodox Church. He has been much affronted by Pussy Riot but treats them with kindness, all things considered. He goes to war but only with the greatest reluctance and wins his battles against Western sponsored clowns such as the former president of Georgia.

The West is arrayed against him but he keeps his nerve and strikes back. He is president because he is a great man. He is a statesman because he is not corrupted like Western politicians. He is a sportsman who captures tigers with his bare hands and goes diving for diamonds.

He is approaching the status of a Roosevelt or a Hitler. After Roosevelt nationalized gold, he set the price from his bed in the morning with the arrogance of a satrap. With the War closing in on Germany, Hitler set the rate and volume of money as he chose. His word was law. He was the embodiment of Germany's spiritual purity and monetary solvency.

And so is Putin. Here's more from the Bloomberg excerpt above.

Gold, coveted by Russian rulers including Tsar Nicholas II and the Bolshevik leader whose forces assassinated him, Vladimir Lenin, has soared almost 400 percent in the period of Putin's purchases. Central banks around the world have printed money to escape the global financial crisis, sapping investor appetite for dollars and euros and setting off a

In 1998, the year Russia defaulted on $40 billion of domestic debt, it took as many as 28 barrels of crude to buy an ounce of gold, Bloomberg data show. That ratio tumbled to 11.5 by the time Putin first came to power a year later and in 2005, after it touched 6.5 — less than half what it is now — the president told the central bank to buy.

Notice the reporting? Putin "told the central bank to buy." The article is a virtual homage to the Miracle of Black Putin – for part of the underlying theme of the article is that the West should dread this Man of Majick and take steps to counteract his scheming power plays.

We remain suspicious that Putin is an active globalist – or a useful tool. We hypothesize that Western elites that have cast down Europe and the United States are consciously building up the BRICs. We don't believe the Chinese efflorescence was necessarily serendipity – simply fated to occur. We believe it may have been planned that way.

We don't necessarily believe Brazil's output and political system are suddenly superior to the United States or that India's bureaucracy is somehow more efficient than the US Congress (a pox on them both).

Is the West buying gold? Are Putin and the Chicoms more intelligent than Western central bankers? Hey, we bought gold in 2002, when Gordon Brown was selling his. Does that qualify us to be, in aggregate, the prime minister of England?

We just find it horribly coincidental. We are led to believe in the brilliance of the BRICs and the idiocy of the West. The same Western bankers that ran India and China 100 years ago are now dumb as proverbial stumps … Advantage Putin.

And yet … what if these Western elites were playing a larger game? What if the idea was to build up the developing world at the expense of the first world? What if the world needed to be "equalized" before a conspiracy to create formal world government could be fully implemented. We can't help but think this is a possibility.

The West has to be brought down. The East has to be lifted up. And that's just what has happened.

So … Putin is either a hero of the Motherland or merely another willing (or uknowing) pawn in a much larger game. Or perhaps a bit of both.

A subdominant theme all by himself, Putin is to impress us (those who are not aligned with the coming world order) with his single-minded resistance. We have finally found a hero – or parts of the alternative media have, anyway.

And that hero is … a politician. A man whose father was reputedly Stalin's chauffer. A man who spent his formative years at the KGB and revitalized it when he came to power.

We're glad he's standing up to Western elites. We're happy "Russia" (whatever that is) is buying gold. But we'll see how things end up. And whether Putin's calculations end up facilitating Western elites and their plans for world government.

In the meantime, we bet there's plenty of gold buying going on around the world, no matter that the price has been relatively stagnant recently.

When central bankers buy and hold gold and silver, that's usually a good sign for money metals. And those hoarding them. Putin and Russia included.