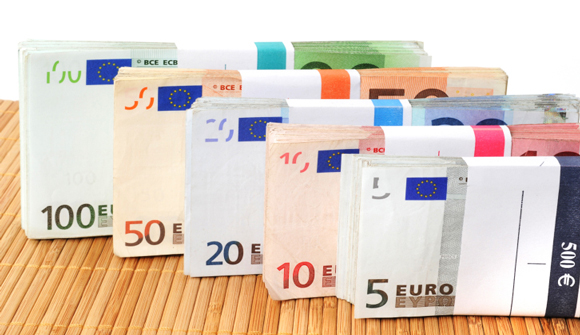 Germany to Europe: Help Isn't on the Way … German Finance Minister Wolfgang Schaeuble has bad news for anyone hoping the European Central Bank will ride to the rescue of the ailing euro region: Monetary policy has come to the end of its instruments. I don't think ECB monetary policy has the instruments to fight deflation, to be quite frank. What we urgently need is investments, regaining confidence by investors, by markets, by consumers. His comments, in an interview with Bloomberg Television today, coincide with figures showing annual inflation slowed to 0.3 percent in the euro zone this month. That was the weakest rate of growth since October 2009 and marks 11 consecutive months of prices growing by less than 1 percent. The deflationary danger policy makers have been denying for months may be upon them. – Bloomberg View

Dominant Social Theme: Everything is going to be okay, really …

Free-Market Analysis: Bloomberg offers two editorials on Europe that tell us economic growth is not going well. The one above speaks to the issue of Mario Draghi's lack of courage in terms of implementing a program of aggressive money printing.

The other one, which we excerpt below, is a kind of call to arms by Bloomberg itself – via its editorial staff – demanding that Europe's leaders scrap the fiscal pact negotiated in 2012 that mandates certain austerity measures.

Taken together, they seem to be indicating a certain level of distress, and yet there are other ways to regard this double-barreled explosion of concern over the EU's still-eroding economic condition.

This adds to the gloomy outlook in Europe. One-, two- and three-year yields are negative in Germany, meaning investors are paying for the privilege of the perceived safety of German debt. A critical money-market rate, the Effective Overnight Index Average — Eonia for short — dropped below zero for the first time yesterday, reaching -0.004 percent.

Analysts are attributing that event to a combination of expectations for even lower ECB interest rates, and the start of yet another program designed to pump money into the economy. Next month, the ECB will start offering targeted longer-term refinancing operations, or TLTROs. Analysts estimate that banks will borrow 300 billion euros ($395 billion) in the initial TLTRO round, according to the Bloomberg Monthly Survey published on Aug 18.

That's a far cry from the 850 billion euros ECB President Mario Draghi touted as a possibility earlier this month, though future operations may increase the take. "Any treasurer who doesn't make use of this offer is making a big mistake," ECB policy maker Ewald Nowotny said yesterday. Whether the money will then make its way into the economy and revive growth remains to be seen.

The cover of this week's Economist magazine features the leaders of Germany, France and Italy in a paper boat made from a folded euro, with Draghi at work bailing out water at the rear. The caption is "That sinking feeling (again)." While no-one is seriously discussing a break-up of the euro, Draghi's two-year old pledge to do "whatever it takes" to defend the common currency is being tested by the deteriorating economic backdrop.

Draghi is inching closer to quantitative easing. He departed from his scripted remarks at the gathering at Jackson Hole, Wyoming, last week to announce the imminent arrival of an asset-backed bond purchase program, and he said this week that the ECB has hired Blackrock Inc. to advise on the effort. It may be too little, too late.

So predictable! We've already documented in numerous articles the statements made by various EU leaders in the past about the necessity for an economic crisis to drive EU centralization. You can see one here:

It's not easy to take these kinds of articles at face value. The writers and editors may not realize they are advancing a globalist agenda, but that's surely the result. When making such proposals, they're advocating additional central bank activism, which is part of centralization's recipe.

Ideally, from an internationalist perspective, this sort of support is to be advanced as a statement of necessity. And indeed, this is the case in a recent Bloomberg editorial positioned as "from the editors." It concludes as follows:

Monetary policy can and should do more. That's the responsibility of Draghi and his ECB colleagues. If they want to, Europe's governments can repair their fiscal policies, as well — by scrapping the fiscal pact rather than fiddling with it. If Europe's long recession gets worse, it will be because its leaders saw what was happening yet chose not to act.

You see? The idea is that "austerity" actually aggravates difficulties. Get rid of it and start to "prime the pump." This is entirely a Keynesian prescription for renewing economic vitality – and one that sounds better in theory than practice.

Having emplaced austerity – if only for a while – the opportunity has now come with its apparent failure to renew agitation for a more activist ECB. Here's more from the second editorial:

The preliminary estimate of euro-area inflation in August from a year earlier is 0.3 percent — yet another drop. Recall that the ECB's target is "close to, but below, 2 percent." Outright deflation, with all the perils that brings, is an imminent threat. In the longer term, inflation expectations also seem to be slipping: The standard measure of expected inflation five years ahead has dropped to less than 2 percent.

… France is stagnant, Italy is back in recession, and even Germany, according to revised figures, shrank in the second quarter. Admittedly, that's partly because of the effect of sanctions against Russia — but the economic drag from the crisis in Ukraine isn't about to end soon. Conditions are increasingly aligned for deflation.

… It's past time for Draghi to push through those difficulties and test the limits of what politics and the law will allow. Forthright action can't wait any longer.

The crisis, we are instructed, has gotten to the point where laws are merely an impediment. The law must be tested by courageous bureaucrats who are willing to wield an authoritarian sword to cut the Gordian knot of deflation.

If one is cognizant of any kind of history regarding Europe's current difficulties, these editorials read like part of a predictable script aimed at creating a radical further centralization in Europe. Everything else has been tried, we are being told, and now it is time to demand bold action from the European central bank.

The proverbial table is being set, if we can believe these editorials, for renewed calls for a classic Keynesian stimulus to ensure that the EU doesn't slip into a "deflation trap."

In fact, it is most likely that the Keynesian nostrums being suggested won't have a significant impact on Europe's larger structural difficulties. In both Britain and the US, fiscal policy has proven to be basically unworkable and has left monetary policy as the sole lever of significant utility.

It is true that aggressive money printing can create a semblance of life in even a moribund economy. But over time, such palliatives distort economies greatly. Industrial jobs are lost while the banking sector swells. The larger population is increasingly polarized betweens haves and have-nots.

Money printing also creates asset bubbles and thus, even as the economy seems to be improving it is once again writing the recipe for its own demise. The solution, radical as it sounds, is to get the government out of the business of managing the economy. All the way out. Leave the economy to the marketplace, which is where it belongs.

The European dilemma has been cleverly presented as a simplistic dialectic. Austerity hasn't worked and neither have bailouts or bail-ins. All that is left, we are told, to try is aggressive pump priming and money printing. And both drastically increase the power of the federal state and speed the EU's greater union.

These money-printing nostrums will continue to swell stock markets, thus contributing to the Wall Street Party we often write about. In a sense they may work, but mostly for globalists who want more misery, more income inequality, more asset bubbles and, finally, (perhaps several years hence if all goes according to plan) a terrible ruinous crash.