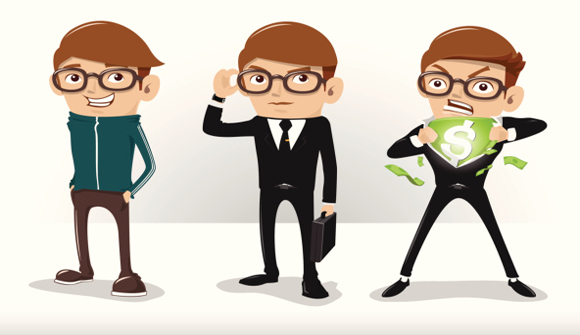 Central Bankers Weren't Meant to Be Heroes … The U.S. recovery is starting to look halfway respectable. Europe's economies, meanwhile, face the risk of a third recession in seven years. There's a lesson in that contrast: Good economic policy means never having to ask your central bank to be a hero … Sadly … heroic central bankers are all too likely to remain in demand. – Bloomberg

Dominant Social Theme: Central bankers are unlikely heroes, but they're all we've got.

Free-Market Analysis: We can see in this Bloomberg editorial how central banks and their good, gray leaders are going to be positioned going forward.

Assume that the US and Britain are in a "recovery" of sorts. Now mainstream pundits such as those that populate Bloomberg are going to begin to reaffirm the many faux-positives of central banking.

For those dedicated to expanding globalism, there is nothing else in the world so important as central banking. It is the Monarch of Memes. Its value must be always endorsed.

Without central banking and the ability to print unlimited money the current Western sociopolitical, military and economic system collapses.

That can't be allowed to happen. At least Mike Bloomberg doesn't want it to.

It's too soon to know how the story of the Great Recession will end. When the history is written, though, one theme will be paramount: It was the world's central bankers, not its elected politicians, who had to deal with the crisis — a task for which they weren't adequately equipped (and still aren't). Some rose to the challenge; others didn't.

All the main central banks are implicated in the causes of the crisis, though the blame wasn't theirs alone. Finance ministries and regulatory agencies led the way. Later, when it came to damage control and then to shaping the recovery, central banks were no longer junior partners. Fiscal stimulus was too timid or too brief or both, and as the politicians flailed, central banks were thrust all alone to the front.

Those that promptly took an expansive view of their powers and responsibilities (the U.S. Federal Reserve and the Bank of England) got much better results than those that delayed too long (the Bank of Japan) or refuse even now to step up (the European Central Bank). The most effective central banks stretched the limits of their mandate. Governments should never have made that necessary.

Why was any such stretching required? Because the crash was exceptionally severe, the fiscal response was puny, and interest rates can't be cut to less than zero. This so-called zero lower bound meant that central banks soon found they could no longer use the only policy fully under their control — short-term interest rates — to supply the stimulus their flattened economies needed. Instead, they had to resort to unconventional measures, especially quantitative easing.

This is surely a preemptive attack. Bloomberg, like other major media groups, sits at the center of the current system. It is from Bloomberg, Reuters, et al. that the tale will be told. Central banking will be positioned in certain ways.

The idea that central bankers are modern day monetary heroes is pure propaganda. Central banking has actually ruined the West and Western economies. One cannot even point to a "normal" economy anymore. Almost every economy in the world is simply part of a sliding scale of asset inflation.

Some economies are farther along toward a new collapse than others. This in central bank parlance is referred to as a "recovery." Those economies that have not responded to money printing are seen as yet "depressed."

The words are not being used correctly. Prosperity is irretrievably linked to currency expansion created by currency production.

The article also makes the case that Quantitative Easing was a bold and courageous program. This is another reason to laud central bankers as heroes. If top bankers hadn't been courageous enough to try QE, then Western economies would have continued to languish.

The central banks had reason to hesitate over QE. The scale of asset purchases by the Fed and the Bank of England, and more recently the Bank of Japan, has been unprecedented. Unwinding this intervention won't be easy; the risk of unintended consequences from a flood of cheap money was, and is, great. But the evidence shows that QE worked — by lowering long-term rates, by supporting asset prices and by bolstering confidence. It didn't trigger soaring recoveries, but without it there might have been no recoveries at all. If you doubt that, compare the U.S. and the U.K. on one side with the euro area on the other.

You see? The article admits that QE is questionable but then affirms that the evidence "shows QE worked … without it there might have been no recoveries at all."

Again … that word "recoveries." What the Fed did and the Bank of England as well was to purchase government debt that might have been purchased at lower prices given that most sane professionals would be hesitant to buy them without government assurances of a sort.

There was of course a knock-off effect in that money that might otherwise have fled to gold and silver as safe havens stayed in bonds or even ended up in stocks. There's nothing heroic about any of this. The end result is increased asset inflation across the board

The article goes on to explain that central bankers took tremendous risks in implementing quantitative easing and that it would be better if central bankers were not forced into heroic actions in the future.

This makes it all the more important to avoid placing such a burden on monetary policy in the first place. During booms, governments should take more care to monitor and correct financial excesses, through macroprudential regulation and other means. Crashes will still happen — and when they do, governments must have the fiscal capacity to respond with tax cuts and spending increases, sustained for as long as necessary. Greater fiscal restraint when economies are doing well means that bolder fiscal stimulus will be possible when they aren't. All this requires a much more forward-looking approach.

Does the Bloomberg editorial team even believe this stuff? Government bureaucrats must take over from bankers as "heroes"? Regulators must be "vigilant"? Politicians must show "restraint"?

What world do these scribes exist in? In fact, in the very next breath – at the article's conclusion – they are scrambling backwards. "A tall order? You bet … Much as one might hope that next time things will be different, there's little sign these lessons have been learned."

Of course not! The system has not been built to provide "lessons." It's been built to gradually destroy or at least erode the economies and cultures that are exposed to it.

In the other article in this issue, we return again to how the West's – and the US´s – authoritarian power centers are beginning to pull apart. Central banking dysfunction plays a big role in this fragmentation, Bloomberg's defense notwithstanding.

The Bloomberg article provides damage control for central banking but the larger truth lurking behind these kinds of justifications is that the West culturally is being pulled apart by globalism and by internationalist priorities.

As stated before, those cognizant of the coming social and monetary chaos will take action to protect themselves, their financial interests and their families. They can do this through strategic investing, the accumulation of money metals, exposure to farmland and second residences at home and abroad – among other solutions.

There are common sense precautions to take. Trusting in the current monetary system to right itself makes little sense. It's getting worse not better.

The trend speaks for itself. Consider protecting your assets by internationalizing your portfolio – especially your gold and silver. Click here to learn how.