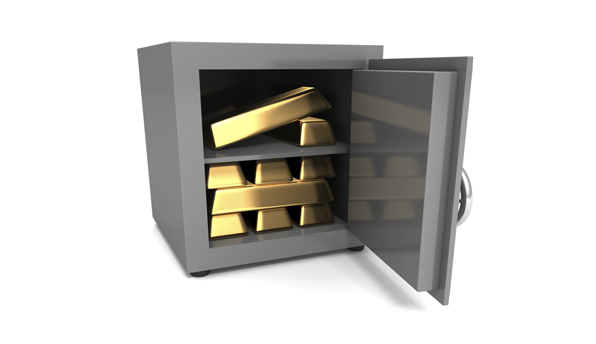 Gold is king, but there may be a better way to store wealth … Convenience: Bitcoins can be transferred at no cost and can be secured either digitally or on paper. – SMH

Free-Market Analysis: The irritation that so many feel regarding gold is always surprising. And actually, it tells us that gold is still very important. Otherwise, why would its very presence on the investment scene bother so many?

While we missed this article when it came out toward the middle of March, its sentiments are in a sense universal. The commentator really wishes gold would go away (even though he is trying to be polite) and suggests that bitcoin might, just might, be the facility that finally does away with the yellow peril.

Of course, since this article was written, gold has surged over US$1,370 on Ukraine tensions and generally bullish sentiment. It never, so we notice, traveled down to US$900 – which perma-bears were predicting not so long ago.

… With the help of Luke Jones, chief executive of Coinarch, a soon to be launched Bitcoin investment platform, let's consider why Bitcoin's boosters think the price is right to back this new alternative. Bitcoin offers the world exciting possibilities, particularly in the areas of global payments processing and secure transfer.

But its core claim is that it will one day be a viable currency, borderless and free from government control. That means Bitcoin needs to move past its current use as a payments processing tool to a realistic medium-term store of value.

Its chief competitor is clearly gold. Gold is loved the world over for its unparalleled ability to keep governments at bay; after all, not even the US Fed can print gold, no matter how useful this might be for quantitative easing.

Combined with gold's innate ability to endure, this is what continues to draw investors to confidently buy and hold gold for the long term. But it's not without problems.

… It is these qualities – the heaviness, the clumsiness, the expense to protect and to move – that makes some believe our millenniums-long love affair with the yellow metal should stop. What though might replace it?

What if there was a currency mathematically guaranteed to have a fixed quantity (preventing inflation), eminently storable, perfectly protectable and costless to transfer? Bitcoin offers these possibilities.

Government interference can be prevented by the system's governing algorithms, which allow you to create an account in private with no connection with your personal information.

… Not only does this open up the possibility of replacing gold, it also poses a solution for large and small savings, allowing the entire world to participate, not just the relatively rich.

The work being put in now by Bitcoin enthusiasts around the globe and the rapidly growing list of merchants and workers willing to accept it as payment offers the possibility of rapid acceptance, making it a viable gold alternative. Should this occur, gold's unrivalled reign may finally be at an end.

There are lots of reasons why gold is money and why it has lasted longer than most. What can be said about gold most reasonably is that, along with silver, it has provided many cultures and countries with a convenient and relatively stable monetary platform.

The same can certainly NOT be said for bitcoin, or not yet. And lest this begin to seem a bitcoin bashing article, let us hasten to repeat what we have written before, that we are not anti-bitcoin and wish those who have bought bitcoins much prosperity and happiness.

But what always bothered us about bitcoin enthusiasts was their barely concealed glee that bitcoin was "21st century gold." Many who participated in the first bitcoin gold rush made the obligatory statements about gold, but probably didn't mean it. Gold was so … old fashioned.

This was irritating because it portrayed a naïveté about money that was, well … disturbing. We were also suspicious of bitcoin's back story and wondered if it were a kind of Trojan horse that governments would hurry to take over if it proved popular.

And of course, this is just what is happening. Bitcoin exchanges have proven to be Bitcoin's weak link. By regulating exchanges, governments can effectively regulate bitcoin, or so it seems.

Bitcoin may have a wonderful run as "money." And it doesn't have to have "intrinsic value" to be treated as such. But bitcoin is NOT gold. It has not proven itself in the competitive marketplace of money. Gold has done so and so has silver.

Buy bitcoin if you wish – and the other "coins" that are populating the electronic marts. But hold your gold and silver tight.