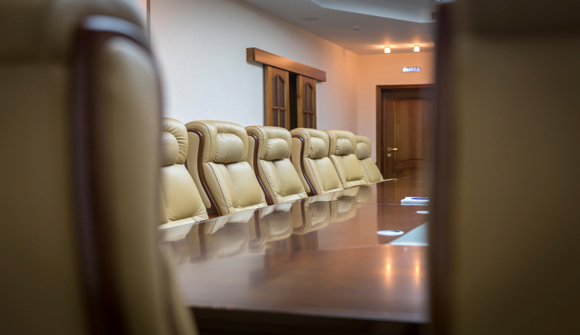 Janet Yellen Takes On Jackson Hole … The economic-policy debate in the U.S. is moving from, "Why is the recovery so sluggish?" to "Is inflation starting to get out of hand?" This shift is premature, to say the least. Federal Reserve Chair Janet Yellen should say so Friday when she addresses the annual summer confab of central bankers in Jackson Hole, Wyoming. – Bloomberg editorial

Dominant Social Theme: The question that cries out for an answer is whether Janet Yellen should raise rates.

Free-Market Analysis: Like Reuters, Bloomberg is a creature of the establishment and you can read Bloomberg editorials (especially) to garner an inkling about how we ought to be perceiving one of the most important dominant social themes of all: Central banking and the endlessly discussed deployment of its monetary arsenal.

In this case, as before – and as we have maintained – central bankers meeting this weekend at Jackson Hole will palaver earnestly but come up with reasons why monetary policy and interest rates should remain fairly "unchanged."

Such a decision will be debated endlessly and reported earnestly. In fact, the amount of ink devoted to whether central bankers should raise interest rates or not is truly staggering. And it is not by accident. The simplistic conversation is meant to suck up all the oxygen in the room.

In this case, as before – and as we have maintained – central bankers meeting this weekend at Jackson Hole will palaver earnestly but come up with reasons why monetary policy and interest rates should remain fairly "unchanged."

Such a decision will be debated endlessly and reported earnestly. In fact, the amount of ink devoted to whether central bankers should raise interest rates or not is truly staggering. And it is not by accident. The simplistic conversation is meant to suck up all the oxygen in the room.

By discussing the "rate question" along with other central bank issues, we inevitably cease to discuss the one REAL issue, which is why central banks exist at all and why central bankers ought to be stopped from manipulating money with endless monetary "tools."

This Bloomberg editorial, however, is a perfect example of how to retain the dialectic at full force. There is no question as to whether a group of good gray men should have the power to move markets. The question is only how should they do so.

The meeting's main topic this year is labor markets. Good choice. Tightness in the labor market would be a strong sign that higher inflation, led by higher wages, is coming. In fact, there's little or no sign of this, despite the recent drop in headline unemployment.

Almost 10 million people remain officially unemployed, and about a third have been out of work for more than 27 weeks. Inflation hawks — a small but increasingly vocal group among the Fed's governors, together with a growing roster of academic economists — think the long-term unemployed aren't likely to return to the job hunt.

If the hawks were right about this, the 6.2 percent unemployment rate would be misleadingly high. Lately it has fallen faster than at any time since the 1980s — but, the hawks argue, even this drop understates the job market's tightness. The long-term unemployed aren't looking for work, so they aren't offering to supply labor or helping to restrain wages. In effect, the unemployment rate has fallen to about 4 percent.

That's full employment, and it implies that higher wages and higher inflation aren't far behind. It's time, in this view, to start raising interest rates. This is wrong because the long-term unemployed shouldn't be written off. Nor should all of the so-called discouraged workers who have dropped out of the labor market altogether (and no longer count as unemployed). If the recovery strengthens, many of both groups will resume their search for work.

Raising interest rates too soon risks braking the still-recovering economy and foreclosing those job opportunities. Yellen's dashboard of labor-market indicators still shows labor-supply excess. The participation rate is low. Underemployment — part-time workers and the jobless who'd like a full-time job — has declined but remains elevated at 12.6 percent. It all points to ample slack in the market.

… Wage data from the U.S. Bureau of Labor Statistics point the same way. Hourly pay in nominal terms grew about 2 percent in the year to June — far below the 3 percent to 4 percent Yellen considers normal. Bloomberg News reports that five years of economic expansion have done almost nothing for the typical American worker's paycheck. Inflation-adjusted hourly wages have grown by 0.5 percent since 2009 — the weakest rate since World War II. At similar points in past expansions, wages had risen more than 9 percent.

Okay … grant the point: Low wages are showing clearly that the US economy has not returned to "normal." If it had, then wages would be going up much faster than they are. Wages, so the argument goes, are responsive to economic pressures. They are slack because employer demand is yet slack.

Yet all this is so much guesswork – and of the most banal kind. A small group of (mostly) men gather in beautiful rooms, eat canapés from expensive plates and discuss the same question over and over again with varying manifestations of enlightenment.

Not only are we supposed to be fascinated – mesmerized – by the show. We're supposed to closely scan the verbiage for signs of what might be shifting. In fact we presented some insights yesterday from Mohamed A. El-Erian – a professional investor who used to manage hundreds of billions of fixed income securities for Pimco.

El-Erian has now weighed in on the Jackson Hole confab as well, posting an article at Bloomberg that provides yet another view of the endless rate debate:

A number of prominent economists are warning that the developed world may have fallen into a low-growth equilibrium known as secular stagnation, in which the extraordinary measures adopted by central banks to achieve more robust growth could ultimately destabilize financial markets. Paraphrasing what Ben Bernanke said in his 2010 speech to the Jackson Hole conference, policy makers will have to consider whether they are near or past the point where the benefits of their actions are harder to justify given rising costs and risks.

El-Erian has indeed managed to make the old "new again," pointing out that the European central bank and the Federal Reserve could be headed in opposite directions. The Fed, he declares, may begin "easing off the accelerator at a time when the European Central Bank is likely to intensify its stimulus efforts."

What would be the result of such a divergence? "If the divergence persists, the further shifts in interest rates and currencies could trigger volatility in financial markets around the world."

It's easy to scoff at what central bankers do: Under any logical economic scenario, they shouldn't be allowed to do it. But undeniably these people have power. El-Erian is probably correct in writing that if the Fed is pulling in one direction and the ECB in another, a good deal of securities volatility could result.

Perhaps that won't happen: The Bank for International Settlements coordinates monetary policy, and will try to continue to keep rates low and stock markets high. Yet it is a measure of the success of the central banking meme that we cannot look away. The conversations are jejune, the economic justifications non-existent, the outcomes may be significant.

The dialectic works because of the power that underlies it. Here's hoping one day it won't.