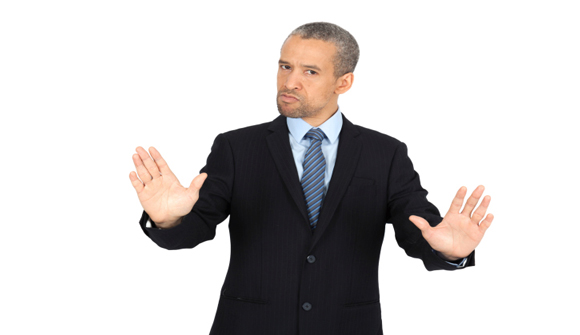 India and Vietnam: Taking the Glitter out of Gold … When uncertainty reigns, investors all over the world turn to gold as a safe haven. But some countries are starting to take issue with their residents' preference for storing wealth in gold bars, rather than bank accounts. Large gold imports can throw of a country's current account balance – the difference between what a country earns and what it spends on foreign trade. Widespread investments in physical gold also mean that large pots of wealth sit idle, instead of being put to work in the broader economy. And in countries where gold is a popular investment, those financial institutions which carry large gold deposits, lend cash against gold or offer interest-bearing gold deposit accounts, can pose a risk to the financial system if commodity prices suddenly shift. – Thefinancialist.com

Dominant Social Theme: The nation is more important than the individual, at least when it comes to account balances.

Free-Market Analysis: The Financialist is published by the vast securities firm of Credit Suisse, and thus we are not surprised to find this sentiment being enunciated by officials in charge of this publication.

It is, of course, a kind of elite dominant social theme. The idea is that the state itself is the source of all authority – and when there is a choice between state power and the rights of the individual, the state reigns supreme. This is a kind of European meme, as well, for Europe, more than the US, is accustomed to this sort of reasoning.

It is a shame, nonetheless, to see it coming from Credit Suisse based in Switzerland. Switzerland is a republic, where power still flows from the citizen up to the leadership rather than vice versa. It is a direct democracy but with republican features and not everyone can vote on all issues – all of the time.

Credit Suisse in this article sees the problem as one of national account balances but this is antithetical to the country in which it is headquartered. The problem, in our view, is more apt to be Credit Suisse than gold storage.

That's because Credit Suisse is an international bank subject to larger Western political pressure and regulations. The same goes for Switzerland's other global bank, UBS, which has gotten the Swiss banking industry into terrible trouble.

By exposing itself to the banking laws of other countries, UBS was attacked over Swiss bank secrecy laws. The accusation was that UBS was actively abetting clients in tax avoidance schemes. When UBS admitted to this, the US government – along with some others – demanded that Switzerland change its bank secrecy laws and become more transparent.

As a result, hundreds of years of tradition were overturned along with the customs of Swiss private banking itself. This is the unfortunate legacy of UBS – and Credit Suisse, which has avoided some of UBS's troubles, has approximately the same business model.

Bad enough that Swiss private banking – mostly a modest, domestic exercise – has to be held hostage to the fortunes of these two giant firms. But to add insult to injury, we see that the mindset of Credit Suisse, as expressed in this article, remains relentlessly statist. It's almost anti-Swiss. Here's more from the article (paragraphing ours):

Governments in India, the largest gold importer in the world, and Vietnam, a country which imported 95% of its domestic gold consumption in 2011, have taken steps in the past year to discourage savers from hoarding gold. The Indian government doubled import duties on gold bullion to 4 percent in March and with current account de?cits at record highs, recently announced another hike to 6 percent. Taxing Their Way Out of Gold?

"It is di?cult to establish the impact (of the tax) on CAD," Indian Economic A?airs Secretary Arvind Mayaram said, according to Reuters. "But there will be some moderation in gold demand." Though Credit Suisse analysts say the higher taxes could weaken import demand by as much as 10 percent, they believe the health of the Indian economy and rupee strength will probably play a larger role in determining the country's demand for gold this year.

Indian gold imports already appear to have slowed. After several years of acceleration, the Reserve Bank of India reported last month that gold imports between April and October 2012 dropped to 398 tons from 589 tons during the same period in 2011. In a recent note, Credit Suisse analysts predicted that net imports were on track to drop to no more than 800 tons for the whole of last year from 2011's approximately 970 tons. But analysts also note that it is di?cult to know how much of that slowdown can be aributed to tax increases since the rupee also depreciated sharply over the year.

This is written in an entirely technocratic way. It is, in fact, almost value-free. No attempt is made to determine the legitimacy of a government trying to discourage private holdings. And no mention is made of the political systems of either Viet Nam (quasi-communist) or India (socialist). These two countries, in fact, are used as examples of a larger trend.

Whatever pejoratives are in use tend to attack gold holdings, as people who own gold in quantity are called "hoarders." While the article no doubt imparts useful information, a discussion of the legitimacy of the kinds of steps being taken by India and Vietnam might have been useful and even enlightening.

In our humble view, this highlights an increasing disconnect not just between Credit Suisse and the country of its origin, but between the financial industry generally and nation-states around the world. In a globalist, technocratic society, civil society arises as a kind of negotiation between the demands of the state and the desires of its citizens.

But in reality this is an entirely unequal discussion, as the state intends to impose its demands by force, while citizens can only utilize protest and civil disobedience.

What Credit Suisse and other firms are missing, however, is that the current arrangement is an unstable one that arrogates more and more power over time to the state. If citizens in various repressive states are hoarding gold, it is because they don't trust government-run currencies. Perhaps they hoard gold as well because taxes are continually rising and because price inflation is out of control.

Over time, the dissatisfaction of citizens with unequal negotiations will manifest itself in more and more discontent and social upheaval. This is already happening today. The social compact is not a discussion between equals but a profound unequal contest between average citizens and elite-controlled agencies of government.

For this reason we regularly repeat the following point: What we call the Internet Reformation is making the social compact more and more suspect, as more are discovering the essential inequities between society and its secretive rulers.

The modern dialogue eschews a conversation based on freedom issues. Such discussions are considered naïve – almost embarrassing – in the modern technocratic era. But we would suggest a rethink. They may become timely again, and sooner rather than later.