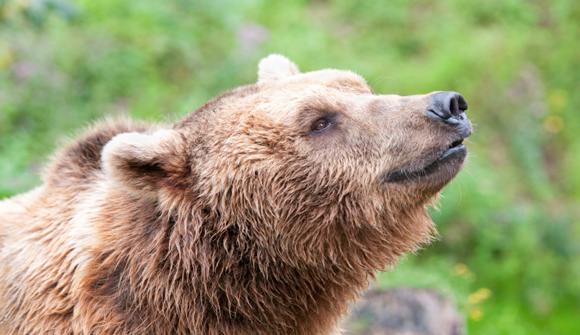 Is Russia Planning a Gold-Based Currency? … The "perfect-storm" of geopolitical instability, diplomatic isolation, severe currency depreciation, and economic decline now confronting Russia has profoundly damaged Moscow's international standing, and possibly for the long-term. Yet, it is precisely such conditions that may push the country's leadership into taking the radical step that will secure its world-player status once and for all: the adoption of a gold-exchange standard. – Mises Institute

Dominant Social Theme: Gold is a barbaric relic. Let's leave it that way.

Free-Market Analysis: This Mises article about Russia potentially returning to a "gold standard" was written earlier this month. We've also speculated on this idea, and the article pulls together a number of current events from a Russian standpoint.

The article talks about a remonetization of gold and also about a gold-based currency, but it is not entirely clear what it would entail.

Is it supposed to be 100 percent gold-backing or less? "Less" was the stance taken in Switzerland recently during a referendum demanding that the Swiss central bank maintain a portion of its assets in gold at all times. Russia could approach a gold standard in the same manner (fractionalizing it), or officials could create a 100 percent gold-backed ruble.

Another question is how people might exchange rubles for gold. Would this opportunity be extended to all holders of rubles or only certain ones – nation-states, conglomerates and central banks? No matter how such a "standard" sorted itself out, a move to a gold-backed ruble would reshape the monetary world and pose significant challenges to the West.

First, for years Moscow has been expressing its unwillingness to remain at the monetary mercy of the US and its NATO allies and this view has been most vehemently expressed by President Putin's long-time economic advisor, Sergei Glazyev. Russia is prepared to play strategic hardball with the West on the issue: the governor of Russia's central bank took the unusual step last November of presenting to the international media details of the bank's zealous gold-buying spree. The announcement, in sharp contrast to that institution's more taciturn traditions, underscores Moscow's outspoken dismay with dollar hegemony; its timing suggests coordination with the top rungs of government to present gold as a possible currency-war weapon.

Second, despite international pressure, Russia has been very wary of the sell-off policies that led the UK, France, Spain, and Italy to unload gold over the past decade during unsuccessful attempts to prop up their respective ailing economies — in particular, of then-Prime Minister Gordon Brown's sell-off of 400 metric tons of the country's reserves at stunningly low prices. Moscow's surprise decision upon the onset of the ruble's swift decline in early December 2014 to not tap into the country's gold reserves, now the world's sixth largest, highlights the ambitiousness of Russia's stance on the gold issue. By the end of December, Russia added another 20.73 tons, according to the IMF in late January, capping a nine-month buying spree.

Third, while the Russian economy is structurally weak, enough of the country's monetary fundamentals are sound, such that the timing of a move to gold, geopolitically and domestically, may be ideal. Russia is not a debtor nation. At this writing in January, Russia's debt to GDP ratio is low and most of its external debt is private. Physical gold accounts for 10 percent of Russia's foreign currency reserves. The budget deficit, as of a November 2014 projection, is likely to be around $10 billion, much less than 1 percent of GDP. The poverty rate fell from 35 percent in 2001 to 10 percent in 2010, while the middle class was projected in 2013 to reach 86 percent of the population by 2020.

The article presents the above information in order to show that Russia's potential move toward gold is not merely speculative. There are many signs that it might be considered … as there is logic to such a move.

It certainly makes sense from a geopolitical standpoint. Our sense of the plunging price of oil is that the US in particular is behind the lowering valuation in order to deprive Russia of purchasing power abroad. As oil moves down in price, so does the ruble – as oil is a big factor in Russia's ongoing solvency on the world stage.

However, if the ruble were in part – or fully – backed by gold, the continued decline of the ruble would likely be reversed. People would want to hold on to rubles because of its connection to gold and might bid up its price. And international vendors might prefer rubles to other currencies because of the relationship to the yellow metal. A gold-backed ruble might even challenge the oil-backed dollar for reserve supremacy in the world today.

If China joined in by making the yuan gold-backed, then the balance of power from a currency standpoint would surely begin to shift. Again, this is not entirely unreasonable speculation. The BRICs, including Russia and China, have already made their unhappiness clear with Washington's management of the dollar. They've gone so far as to create their own versions of the IMF and World Bank.

We can see dollar supremacy being challenged on a regular basis as a result of these moves and others. Even worse for the West – and the US in particular – is that many nations holding dollar-based bonds might be tempted to cash them in. This would present the Fed and Washington with the ultimate nightmare, as price inflation might soar out of control.

With so many risks involved in squeezing Russia, as the West has done over Ukraine, one wonders why the West and Washington in particular have continued to project truculence. It feeds into a notion of ours that monetary power brokers have something more radical in mind and may have decided to do away with the dollar reserve entirely.

None of this is ever announced, of course. Geopolitical trends are simply maneuvered in a certain direction that lends plausibility to the achievement of the desired resolution. Call it "directed history." In fact, these trends logically culminate in global money – which Keynes dreamt of achieving with his bancor in the 1940s.

This is an additional reason why we continue to introduce financial solutions featuring asset safety domestically and abroad. None of these speculations are far-fetched and we hope that people realize they are living in unusual times. You may wish to explore some ideas offered here at High Alert – or at least investigate them for purposes of expanding your knowledge base.

The world is certainly in flux, dangerously so. Gold – despite its critics – remains the world's dominant money metal. Its rehabilitation, if not imminent, is certainly feasible.