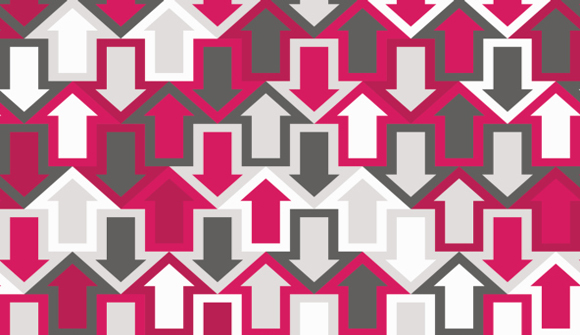 Gold has traditionally had a "safe haven" role as a store of value during periods of market volatility, including those spurred by global events. But this role has been surpassed in the past year as investors focus, almost solely, on the timing of an interest rate rise by the U.S. Federal Reserve. Because gold doesn't pay interest and costs money to hold, it becomes less competitive when rates on interest-bearing yields begin to rise. Rates also tend to lead to a stronger local currency, which, in the case of the dollar, makes the metal more expensive for investors with other currencies. – Wall Street Journal

Free-Market Analysis: According to this recent Journal article, gold is weak and getting weaker. Here's a pertinent quote from the article:

The only time we see buyers in the market is profit-takers or short-covering," said Graham Leighton, a precious metals broker at Marex Spectron in New York. "We see almost no physical demand at all. This is going to be a slow grind lower and I don't think there's going to be anything to stand in its way.

We learn from the Journal that gold has lost 10% of its value against the dollar in the past month – mainly because of a growing certainty that the Fed is about to hike rates.

According to the Journal, recent core CPI numbers "tracking at 1.9% for the year" are nearing the Fed target inflation rate of 2%. This could signal the hike ahead and generally the dollar remains strong against gold even without a hike.

The article points out that physical demand for gold is "muted" even in nations that are traditionally seen as bullish on gold. "Gold sales in India during Diwali, when demand for the metal usually spikes, fell flat this year, according to a report by Nomura. "

There are, of course, differing opinions when it comes to gold – as always. Gold's price action in the first decade of the 2000s has spawned a determined group of gold bulls that anticipate another leg up for the physical metal and junior mining stocks besides.

Today when gold in US dollars is making a new correction low, the paper shorts are elated. They believe they can win this game of frightening every gold investor to sell their holding. But this elation is likely to soon turn to desperation.

As I have discussed many times, the physical market in gold and silver is very tight. Bullion banks have low stock levels and central banks have leased or sold a major part of their gold. But since they refuse to be properly audited they are desperately trying to hide the real position.

China and India are continuing to buy more than the annual production of gold by the miners. And the supply situation from the refiners is tight with delivery delays for bigger orders. So gold seems very weak. But that is only in US dollars.

In virtually every other currency gold is holding well. That includes the Euro, the Pound, the Canadian dollar, the Aussie dollar, the Yen, even the Swiss Franc and of course weaker currencies like the Ruble as well as most others.

The above statements seem to contradict the Journal's perspective that gold demand is "muted" even in national bastions of gold buying such as India.

Egon von Greyerz believes that paper currency is weak, especially the dollar, which he characterizes as being on its "last swansong." He does admit the dollar can linger a bit longer but even so it is on "borrowed time."

Von Greyerz provides a litany of reasons why the US economy is not verging on a significant recovery but is indeed declining. Industrial production is weak, he writes, and housing, too. The Fed won't hike any time soon because it cannot. To do so would prompt further economic declines.

Like Peter Schiff (see our article here), Egon von Greyerz believes that investors ought to be looking toward further loosening rather than tightening. "The Fed cannot afford to increase interest rates," he writes.

In fact, sooner rather than later the Fed may "start the next money printing cycle" – one that von Greyerz says will "dwarf" previous ones. He points out what is obvious, despite the Journal's obliviousness, that around the world the bigger economies are being flooded – again – with additional central bank currency.

We've made this point, too, that most of the world's major economies are printing hard and fast: Japan, Asia and the Eurozone as well as numerous countries in Latin America. If China begins another bout of stimulation, "that will complete the circle."

Von Greyerz doesn't present reasons why the world is in this monetary fix, but let us reemphasize what may well be true: That the IMF and other global facilities intend to steer the world's economy toward a more consolidated currency, even a single currency administered by the IMF as the world's newly crowned central bank.

The IMF has published papers on this topic and even resuscitated John Maynard Keynes's name for a single, global currency: the bancor. If this is the case, perhaps the best way to create a single currency is to continually debase current currencies until a replacement seems logical and even imperative. Indeed, one should prepare for "increased liquidity" as Schiff indicated the other day.

In the long-term, judicious exposure to precious metals is likely a given for those interested in retaining the purchasing power of their portfolios. One can purchase precious metals or – as we have suggested in past articles – one can acquire an interest in junior mining stocks that hold considerable reserves in the ground.