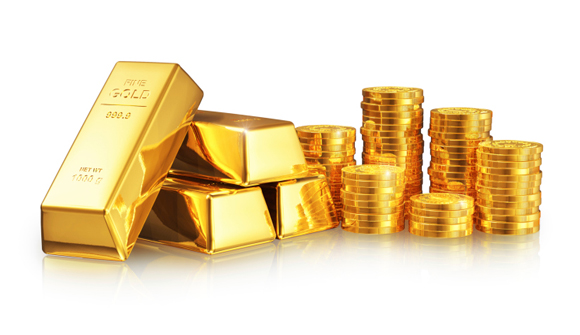 Falling Out of Love With Gold … Gold has let down its loyal investors during the past year, declining by about 8 percent. It has failed to benefit, as one might expect, from a series of geopolitical crises and concerns that stocks are overvalued. It has even failed to keep up with government bonds, usually the other recipient of flight-to-quality trades. Moreover, it has responded weakly to the excitement in India – its biggest physical retail market – over the prospects for economic reforms under newly elected Prime Minister Narendra Modi. – Bloomberg

Dominant Social Theme: Gold is unloved but has its uses …

Free-Market Analysis: Mohamed A. El-Erian was basically number two at the bond giant PIMCO until he decided he wasn't going to wait for Bill Gross to retire. Too bad for him … as Gross quit the other day.

El-Erian, meanwhile, is writing over at Bloomberg, among other gigs, and this excerpt is from one of his latest columns. It is typical of El-Erian in the sense that it purveys mainstream wisdom while weakly acknowledging that there is something else.

This is El-Erian's strength, actually. Many financial journos are so steeped in Keynesian propaganda that their rhetoric is entirely predictable. El-Erian occasionally allows a bit of light to shine in.

Yesterday again highlighted gold's malaise. In a lousy day for stocks, with every sector losing ground and major indexes falling as much as 2 percent, gold prices essentially went nowhere even as the bond market managed a decent rally.

I can think of three major reasons for gold's disappointing performance. First, it usually does badly when the dollar appreciates. The greenback has gained during the past year as foreign-exchange traders have started to take account of less accommodating U.S. monetary policy, including the widening contrast with Europe and Japan.

Second, gold has been hurt by a general slump in commodity markets as global economic growth has fallen short of expectations in both developed and developing nations.

Third, it has found few investors willing to buy on the dip, either directly or through commodity funds. None of this is likely to change anytime soon absent a bigger conflict in Ukraine or the Middle East. As such, gold is likely to continue to disappoint its devotees.

Yet investors shouldn't forget that gold has its place and that a well-diversified portfolio should have gold holdings equal to 3 percent to 8 percent of total assets. The biggest risk facing investors today is a large and sustained fall in assets whose prices have been artificially supported by central banks – particularly bonds and equities.

This last paragraph distinguishes El-Erian from just-plain-lousy commentators, as he accepts the common wisdom regarding gold but doesn't get carried away with gold-hatred.

The first is perhaps the strongest. In modern times, gold has often moved contrary to the dollar, as he suggests, though this does not hold true during a golden bull super cycle. For nearly a decade at the beginning of the 2000s, the dollar moved down against gold, no matter its appreciation versus other currencies.

El-Erian doesn't mention this sort of appreciation, nor does he mention the 1970s appreciation, as he would have to grapple with the cycle itself, which raises uncomfortable questions about the 2000s. One might end up addressing an uncomfortable question – why physical gold accrued against the dollar even though paper gold and junior miners didn't.

Second, he mentions that gold has been hurt by slumping commodity prices and lower-than-predicted growth in developing markets. What he is referring to here is the idea that monetary velocity and industrial demand helps raise prices across the board and often expands precious metals' valuation against the dollar.

However, while this is true, gold's price against the dollar is not dependent by any means on economic animal spirits. There have been plenty of times in the past quarter-century when economies worldwide have expanded significantly without having an appreciable impact on gold.

Third, and this is perhaps his most interesting point, he maintains that gold is not being purchased "on the dip." Later in the article he observes that Indian demand remains subdued.

These observations run curiously counter to what we can perceive of gold demand based on various reports – including vast gold smuggling in India, furious demand in China for physical gold and, most recently, articles about wealthy investors purchasing expensive "Italian-style" gold bars.

There is a great deal of controversy over state-sanctioned gold manipulation; while nothing has been publicly (formally) established, there are various ways that the price of gold CAN be manipulated if one has access to enough funds and is sophisticated about the market process.

The most puzzling part of El-Arien's commentary has to do with investors not buying on dips. But if he is basing this observation on price-action alone, there are lots of reasons why the market doesn't seem to be reacting in a way that confirms pent-up demand.

But as we mentioned above, the demand DOES seem to exist – in China and India gray markets and among the wealthy who are escalating gold-bar purchases.

Such articles as these – despite El-Erian's mild apostasy – are less and less reflective of what's really taking place in the larger trading scene.

This is after all a time when it is admitted that central banks are directly purchasing securities; a time when money production is being justified in the trillions without any legislative involvement; a time when gold itself is in such short supply that the Germans must wait years for the US to return what has been "stored" for "safe-keeping."

El-Erian in this article does make a half-hearted argument for buying and holding gold but he surely doesn't begin to scratch the surface of what is really going on in precious metals markets – or the larger financial marketplace.

In the 21st century following the great crisis of 2008, the system itself has vastly eroded. Central banks have pumped some US$50 trillion into the larger marketplace reportedly while derivatives may have reached the US$1,000 trillion mark or more.

There will be a reckoning once this last great surge in equity markets subsides, whenever it does. Until then mainstream viewpoints – the meme of the market-as-usual – will persist.

At that point, the Keynesian rhetoric that passes for financial journalism in the 21st century will be exposed. Unfortunately, the exposure will be ruinously painful, and for most people, significant comprehension will come too late.