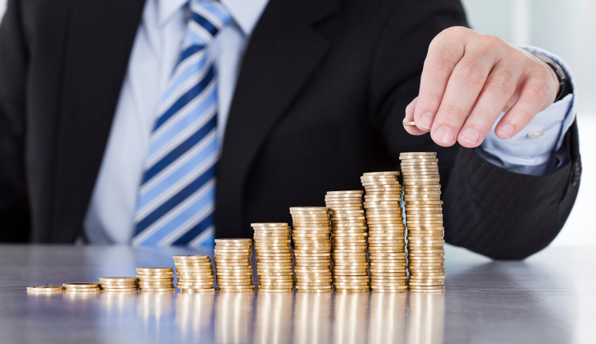 Here Is The FT's Gold Price Manipulation Article That Was Removed … Two days ago the FT released a clear, informative and fact-based article, titled simply enough "Gold price rigging fears put investors on alert" in which author Madison Marriage, citing a report by the Fideres consultancy, revealed that global gold prices may have been manipulated on 50 per cent of occasions between January 2010 and December 2013. – ZeroHedge

Dominant Social Theme: The markets are fair. They are unmanipulated. Reports to the contrary are conspiracy theories.

Free-Market Analysis: This is yet more evidence that the current system is breaking down. An article goes up on the website of a major newspaper and then is removed without explanation.

Combating the Internet Reformation means dying by a thousand cuts. Any one cut doesn't matter much. But over time the cumulative effect is significant.

We've argued that those involved with the world's creeping – galloping – globalism are not having a very good go of it. This is not the 20th century and almost every manipulation taking place and the implementation of every dominant social theme is tracked and commented on in the alternative media.

This ZeroHedge article is a perfect example. ZeroHedge is by no means the most aggressive debunker of elite memes but it is a solidly run website with a perceptive and wide audience.

To have this article posted to ZeroHedge is truly devastating to gold manipulation deniers. That FT would post such a controversial article and then remove it shows us clearly how far the command-and-control strategies of the power elite have deteriorated.

The Internet Reformation is inevitably degrading the application of fear-based memes that the power elite uses to extract wealth and power from the middle classes and then funnels toward internationalist institutions.

We noticed it when emails were released that showed quite clearly how the global warming theme was being propagated by a handful of individuals placed in important positions at certain information chokeholds.

The global warming movement never recovered from that and soon afterward, those behind the promotion made a startling shift in nomenclature and began to refer to the manipulative meme as "climate change."

Central banking has been thoroughly exposed by literally thousands of websites and the result has been the evolution of "public" monopoly banking designed to take the place of "private" monopoly banking. We've been in the forefront of denouncing this elite meme just as we exposed elites like George Soros behind Occupy Wall Street along with others in the alternative media.

The exposure of the NSA's wholesale spying around the world and subsequent revelations regarding "black-op" attacks on those who are fighting back via websites and protests have further exposed elite machinations.

And now there is this. Here's more:

To those who have been following the price action of gold in the past four years, gold manipulation is not only not surprising, but accepted and widely appreciated (because like the Chinese those who buy gold would rather do so at artificially low rather than artificially high fiat prices) and at this point, after every other product has been exposed to be blatantly and maliciously manipulated by the banking estate, it is taken for granted that the central banks' primary fiat alternative, and biggest threat to the monetary status quo, has not avoided a comparable fate.

… Since we can only assume the article has been lost to FT readers due to some server glitch, and not due to post-editorial censorship or certainly an angry phone call from the Bank of England or some comparable institution, we are happy to recreate it in its entirety.

ZeroHedge then presents the article, which has doubtless been posted by now in numerous places. From what we can tell, FT editors have not commented on the mysterious posting and takedown, which makes the debacle even more devastating.

For those who have not seen it yet, the title of the article was "Gold price rigging fears put investors on alert," and it was written by someone called Madison Marriage.

The article made the astounding claim that, "Global gold prices may have been manipulated on 50 percent of occasions between January 2010 and December 2013, according to analysis by Fideres, a consultancy."

This statement was accompanied by a reminder that the findings "come amid a probe by German and UK regulators into alleged manipulation of the gold price, which is set twice a day by Deutsche Bank, HSBC, Barclays, Bank of Nova Scotia and Société Générale in a process known as the 'London gold fixing.' "

Fideres's research, we learn, unearthed a pattern of price behavior that it called "collusive behavior."

"[This] is indicative of panel banks pushing the gold price upwards on the basis of a strategy that was likely predetermined before the start of the call in order to benefit their existing positions or pending orders," Fideres concluded.

The article went on to quote one Daniel Brockett, a partner at law firm Quinn Emanuel, who said, "It is fair to say that economic work suggests there are certain days when [the five banks] are not only tipping their clients off, but also colluding with one another."

There were other indications in the article that it was being written at least partially to support potential lawsuits or to alert those who were potentially damaged by the purported manipulation that there were individuals and firms that could now be contacted.

Gregory Asciolla, a partner at Labaton Sucharow, a US law firm, added: "There are certainly good reasons for investors to be concerned. They are paying close attention to this and if the investigations go somewhere, it would not surprise me if there were lawsuits filed around the world."

The article ends with information that the US commodities watchdog, the CFTC, may also be investigating gold manipulation, though of course officials at the CFTC would not comment.

We wouldn't expect them to. Gold manipulation is likely at the heart of the West's current monopoly fiat system. If the price of gold is not controlled, the larger system is in danger of toppling.

Now, we have long indicated that toppling the system may be what some have in mind, based on the idea that a worldwide central banking system is to be substituted for the current fragmented one.

But we surely cannot believe that such a system is intended to be implemented on the ruins of the reputations of the most senior firms and leaders in the Western world. Stranger things have happened perhaps, but for now we'll take this unfolding saga at face value.

Perhaps the article was rammed through by powerful legal interests or perhaps it was merely posted by mistake without proper vetting. Perhaps there is some other explanation that will come to the fore. But in any case, discipline is evidently and obviously breaking down. Even the smallest glitch, now, doesn't go unnoticed.

These are indeed interesting times.