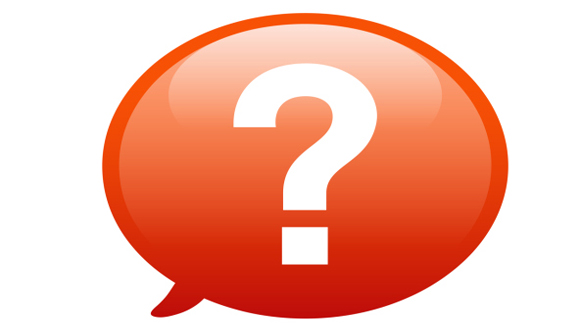 For example, Japan just reported another trade deficit. Despite forecasts for a gain in exports, they grew at the slowest pace in more than a year in September, while exports to China fell 3.5 percent. "China-bound exports fell for a second straight month in terms of value and volume, that weighed on exports," a finance ministry official said. "We must pay the utmost attention to China." Indeed, from the bottom of the food chain to the top of the retail market, from Yum Brands to Burberry, the more the Chinese economy slows down, the greater the economic pain. Yes, "we must pay the utmost attention to China." But with Zero Interest Rate and quantitative easing policies having failed to generate sustained economic growth among developed nations, the oncoming global recession is much bigger than China. – Gerald Celente, Trend Alert

Dominant Social Theme: So what if China is slowing? The rest of the world is doing fine.

Free-Market Analysis: In writing about China yesterday, we emphasized how sooner or later the economy was going to unravel further, following on the heels of its disastrous market drop – and that China's difficulties were a direct result of the Western, central bank model that China had adopted decades earlier.

We didn't comment on China's just-released gross domestic product numbers or their reception. Nor did we comment on what we may see in the near future regarding a divergence between gold and silver and commodities generally, especially if the Chinese economy continues to weaken rather than strengthen.

So in this follow-up article, we'll deal with both of these issues – and we thank Gerald Celente for bringing them to our attention via the "Trend Alert" he released yesterday afternoon. Celente makes the point that China's phony numbers are finally being rejected by the larger financial community. He wrote:

The numbers are in. The markets don't like them and the Street doesn't believe them. For the past week, global equity markets traded in a narrow range waiting with great anticipation for Gross Domestic Product numbers from China, the world's second largest economy. Barely beating economists' estimates for a 6.8 percent increase, China's National Bureau of Statistics announced Monday that GDP growth for the third quarter ending in September from a year earlier registered a 6.9 percent gain.

Down from 7 percent in the first and second quarters, it was the worst GDP reading since the first quarter of 2009, when the world economy was in the depths of the Great Recession. Yet, even the tepid numbers were met with market disbelief. "China's Better-Than-Expected GDP Prompts Skepticism From Economists," headlined the Wall Street Journal following Beijing's announcement. "Within minutes of China's publishing its rosier than-expected numbers, a wave of skepticism emanated from economists over the accuracy of the official 6.9% third-quarter growth figure," was the lead paragraph.

With imports and exports sharply down, factories facing 43 consecutive months of falling prices, investments declining and inventory of unsold homes skyrocketing, the Chinese government maintained that service sector growth and consumer consumption accounted for the rise in GDP. However, from all angles the numbers did not square.

This is a significant development. For years we wrote articles pointing out that the Chinese "miracle" was the result in large part of central bank stimulation. For a while we received feedback "explaining" that China's industrial policies regarding foreign investment were responsible for China's growth. But that rationale faded as the China boom continued and it became obvious that the Chinese central bank was monetizing China's industrial performance with great gushers of credit.

This is just what the West has done in the modern economic era of central banking and China is beginning to reap the results of its unwise economic policies just as the West experienced them. The difference between China and the West is that Chinese officials have very little maneuvering room.

The patience of the Chinese public with the government was nearly exhausted years ago after the Chinese Communist Party violently dispersed Chinese protesters at Tiananmen Square. This was simply one more violent reaction in a series of ill-advised Chinese policies that had culminated in the Great Leap Forward – a misadvised effort to encourage Chinese industrial independence that ended up starving at least 40 million Chinese farmers and their families.

Patience with the Chinese Communist party was tenuous even 30 years ago, and probably was behind the government finally relaxing economic standards and allowing competition at the street level. Markets blossomed, entrepreneurial activity expanded and suddenly consumers experienced lower prices and a broad array of goods and services.

Thus a new deal was struck. The ChiComs would deliver prosperity and the Chinese populace would further tolerate their one-party regime.

This informal "deal" explains why Chinese officials are so obviously desperate to sustain economic performance, and why the numbers issuing from the government are so obviously fudged. If the Chinese economy does lapse into a severe "bust" – and that seems to be an inevitability – then the Party might face a significant public insurrection.

This would explain in part why the government of late has been attempting to further control comments on the Internet. With an economic slowdown – bust – looming in front of them, Chinese officials are doing what they can to ensure that they and not the Chinese public control the message regarding the erosion of China's economic performance going forward.

Unfortunately, as Gerald Celente points out, for various reasons the world's financial community is not as receptive as it once was to China's glowing reports about the country's economic performance. A 30 percent stock market drop will erode almost any cheery economic message and it has become increasingly obvious that China is struggling.

Just as Chinese officials have been eager to squelch the truth about the country's performance, so economists, bankers and politicians in the West have played a similar game. There is no "recovery" in Europe, and sooner or later US officials are going to admit to a similar predicament.

Once it is generally realized that Europe and the US are in the same economic position as China – faced with declining economies – the true state of the world's economy will become apparent. Celente sums it up succinctly with the observation he makes in the concluding sentence of his forecast:

But with Zero Interest Rate and quantitative easing policies having failed to generate sustained economic growth among developed nations, the oncoming global recession is much bigger than China.

The charade is finally becoming evident to professionals and the public alike. Over the next several years we will see increasing market volatility at the very least – with only a few sectors like cannabis showing any particular or reliable growth.

Within this context, as we observed yesterday, commodities could continue to slump and Chinese buying pressure regarding such sectors as real estate and farmland could undergo a reduction that might provide a buying opportunity.

Chief among these differences is that gold and silver are recognized as elements that retain value even in a slumping economy. If the global economy is headed into a slump, as seems likely, one of the bright spots may be seen in a recognition of renewed interest in precious metals – and even various mining stocks.

We presented our perspective regarding collapsing commodities prices in the face of a global recession yesterday – and the possibility that farmland in particular may become more affordable. But let us not forget that gold and silver may soon be seen in an even more positive light as the world's three main industrial engines – China, Europe and the US – continue to misfire.

Gerald Celente will be the focus of an upcoming Sunday interview at The Daily Bell. Subscribe now to The Daily Bell Newswire and be notified immediately upon publication of his and all of our exclusive interviews.