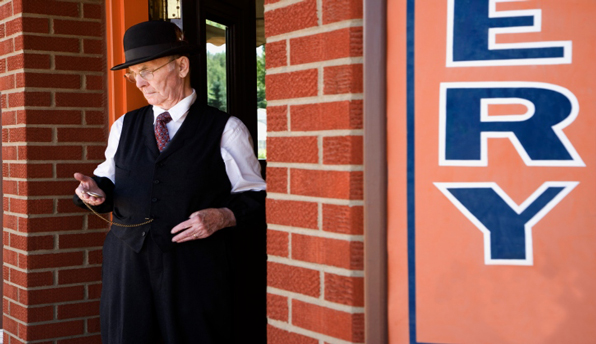 Gold price signals China credit bubble bursting as investors seek safety … Uncertainty is growing over China's ability to sustain the rapid rates of economic growth it has seen over the past decade as investors urgently stock up on the precious metal as a form of financial protection against a sharp correction in the world's second largest economy. This is the main reason why gold prices have unexpectedly shot up more than 10pc to breach $1,300 (£776) an ounce for the first time since November against the prevailing forecasts for weaker demand made by many industry experts at the beginning of the year, according to Adrian Ash, head of research at gold trading platform BullionVault.com. – UK Telegraph

Dominant Social Theme: The dollar will finally travel down against gold but it's still … a "barbaric" metal.

Free-Market Analysis: We have asked why, when Indian and Chinese consumers queue regularly to buy gold bullion with seeming desperation, the Western press – and the investment community – continually degrades the value of gold and the necessity of holding it.

Manipulation seemed to be the answer to the extraordinary dollar ascension against gold. That's the reason for a probe taking place right now in London. We don't hold much hope that the probe will find anything but its necessity shows clearly that reports of manipulation were too obvious to ignore entirely.

What is also too obvious to ignore is the lack of gold at the consumer level. Germany asks for its gold back and US officials basically refuse. France receives a similar rebuff. But we are supposed to believe that the US holds gold sufficient to honor its obligations?

And what of the Comex? Veteran trader Tres Knippa recently made news by pointing to futures data and explaining "there may not be enough gold to go around if everyone with a futures contract insists on taking delivery of physical bullion."

We know of individuals who have been scouring bullion exchanges for gold specie but cannot find nearly what they want. And in the face of all this pent up demand, the dollar moves up hard against gold – or in more common modern parlance, the gold "price" plunges by a third.

The usual chorus of voices is raised to explain the dollar's uncanny ascension against the yellow metal. Gold hadn't undergone a correction for ages, we heard. And consumers are dumping the precious metal because they are realizing the Great Recession is over and the dollar is once more "King."

But this article provides us with the beginning of a "new reality." Turns out that China's troubles – evident to us for a number of years – could provide the proverbial needle that punctures the dollar bubble once more. Here's more:

Gold traded on the Shanghai Gold Exchange has also reached a three-month high. Rebounding is part of the reason for the rise, said Ash, adding: "Gold lost 30pc and silver nearly 40pc last year. The world economy will struggle to deliver all the good news priced in by that crash. But China's unfolding credit-crunch looks central right now."

Uncertainty is growing over China's ability to sustain the rapid rates of economic growth it has seen over the past decade amid concern over high-levels of debt among its provincial governments. These concerns have helped to drive sharp falls across emerging markets since the beginning of the year.

Ash argues that capital flight is happening at a rapid rate in China because of the $1.8 trillion of funds that have flooded into unregulated, non-bank "wealth management products" which offered very high yields, up to 17 times as much as cash deposits. It is feared that many of these funds are now trading at a loss, setting up a crunch moment for China's economy.

"Bullion traders never knew before what would happen to prices if China hit trouble," said Ash, "because we've never before seen Chinese demand plumbed into the world market so deeply. Its jewellery buyers, together with rising mining costs worldwide, helped finally put a floor under gold in 2013. But while that kind of consumer demand will never drive prices higher, capital flight by wealthier households and Chinese money managers certainly can."

According to Ash, the first default which could be a sign of China's credit bubble bursting was reported two weeks ago when a $50m coal-mining bond failed to repay investors on maturity. He says that about $875bn of other such products are due to mature in 2014 and that Beijing has few answers available to tackle the problem.

"Gold's 2014 rally had been steady before, far quieter than the rebound from last spring's record crash," he said. "But rising for seven of the past eight weeks, something it hasn't managed in two years, gold has now risen for six trading days running. That's a very rare move, last seen when gold neared its peak above $1900 during the euro crisis, US debt downgrade and UK riots of August 2011."

Regardless of the short-term movements of gold as presented above, we are fairly confident that there is a long-term case to be made for bullion and that it is as persuasive now as it was a year ago. If we have any puzzlement it has to do with the larger market's stubborn refusal to recognize the value of gold against the dollar and the constant impugning of gold-as-money.

To be blunt: Markets are supposed to work within competitive parameters and yet when it comes to gold, markets sometimes act in suspicious ways. As we believe markets are efficient, the only way one can explain the movement of the dollar against gold is by accepting that there are various forces at work in the market that make it prudent to hold dollars. And since those are clearly not market forces, the case for manipulation becomes ever more persuasive.

Not that anyone needs to doubt the manipulation. As in all such cases, the manipulation is part of a larger "open conspiracy" – which is described in the mainstream press as the "London gold fix." That's right. No need to hide it. For some reason the gold price is "fixed" every day by a consortium of bankers.

Of course, OUR suspicion is that the "fix" is necessary because gold's apparent value must be controlled as much as possible lest it disturb the virtual Ponzi scheme of the regular marketplace. Those who run – or attempt to run – Western stock markets are most averse to dollar depreciation.

Paper currency is of the utmost value to the globalists who run the world's central banks. They've spent the past century attempting to undermine the value of gold in the eyes of the middle classes. This is one of the elite's most significant and enduring dominant social themes. And like so many others in this Internet era, it is sputtering badly; people still value this "barbaric" metal and will go out of their way to find it and hold it.

Understanding this, we wondered how long it would be before gold (and silver) would begin to rebound. We believed that any serious glitch in the spurious story about the world's "recovery" being related by the mainstream media would signal a dollar downdraft.

This is just what seems to have happened. The prospect of a Chinese economic reversal (let alone a collapse) has seemingly generated the kind of downward pressure on the dollar against gold that is very difficult to stem.

Of course, it could be anything else. This is a most fragile recovery. In fact, we don't believe in it. We don't believe it is anything more than a kind of monetary chimera – one that may result in a great upward draft when it comes to stocks and stock averages, but nothing more than that. It likely will not create nearly as many jobs as advertised and the Greater Recession will continue for most people.

The West's economy is a miserable thing, manipulated by top globalists and weakened by a century of monopoly central banking. We are not surprised gold is now perceived as increasingly valuable once again relative to currency, though we are sure there will be more counter-attacks … perhaps in the near future, as a lowered price of the dollar relative to gold cannot long be tolerated. Nonetheless, the downward pressure is surely relentless. And so gold surges.

Our question would be only: What took so long?