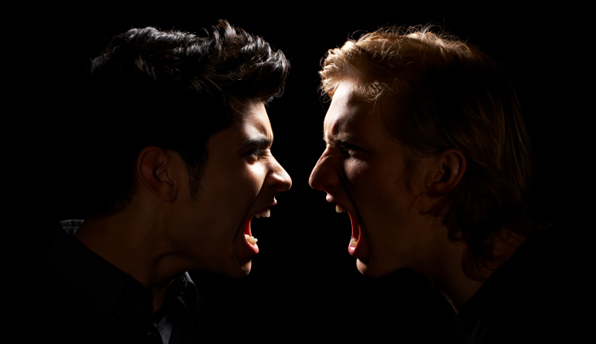 Gold is king, but there may be a better way to store wealth … A great investing mistake is to try to predict the future. Really, an investment decision is more about the price you pay and whether you can afford to be wrong … Bitcoin needs to move past its current use as a payments processing tool to a realistic medium-term store of value. Its chief competitor is clearly gold. – Sydney Morning Herald

Free-Market Analysis: This article is an overt statement of a subterranean argument about gold. It encapsulates arguments regarding bitcoin versus gold that only add to the confusion.

Bitcoin proponents often seem driven by a barely concealed contempt for gold – and even hatred. Yet gold persists. It has value as a money metal because people have bestowed value on it.

People have seen gold's value probably for tens of thousands of years. They've supposedly found gold mines in South Africa that may be 100,000 years old. That's a good run when it comes to allure and utility.

And so … the idea that an electronic currency can come along and simply knock gold off its perch strikes us as muddled.

Yet here, again, in this article posted at the Sydney Morning Herald we find the same confusion:

Gold is loved the world over for its unparalleled ability to keep governments at bay; after all, not even the US Fed can print gold, no matter how useful this might be for quantitative easing. Combined with gold's innate ability to endure, this is what continues to draw investors to confidently buy and hold gold for the long term.

But it's not without problems. As Warren Buffet said, gold "gets dug out of the ground, … we melt it down, dig another hole, bury it again and pay people to stand around guarding it … Anyone watching from Mars would be scratching their head."

It is these qualities – the heaviness, the clumsiness, the expense to protect and to move – that makes some believe our millenniums-long love affair with the yellow metal should stop. What though might replace it? What if there was a currency mathematically guaranteed to have a fixed quantity (preventing inflation), eminently storable, perfectly protectable and costless to transfer? Bitcoin offers these possibilities.

These analyses inevitably begin with a determined apologia – gold is good! – before proposing the writer's real sentiments, which is that it is NOT.

Gold (and silver), as we can see in this article, simply seem to bring out these deep seated resentments, especially in the chattering classes that have been much influenced, at least subconsciously, by John Maynard Keynes.

It was Keynes who formulated the proposal that gold was a "barbaric" metal, not fit to be circulated in modern times. Yet it seems to us a reasonable proposition that if something has been seen as valuable for millennia that whatever modernity we are familiar with cannot and will not render it suddenly valueless.

This article, however, advances all the weary arguments about gold's demise. It states that government interference can be prevented by the system's governing algorithms, "which allow you to create an account in private with no connection with your personal information."

It also makes the point that "bitcoins can be transferred at no cost and can be secured either digitally or on paper (or even in your head, if your memory is good enough)."

What's the conclusion? "Not only does this open up the possibility of replacing gold, it also poses a solution for large and small savings, allowing the entire world to participate, not just the relatively rich."

And the article closes this with this last irrelevancy: "Should this occur, gold's unrivalled reign may finally be at an end."

This is idiocy. Bitcoin can prove to be the most efficient purchasing agent ever created and it will not put gold out of business. Yet it's open season in the mainstream media and even in various elements of the alternative media.

Anti-gold critics of late have taken to predicting that gold is owned by elite banks and bankers who can control the price and thus render it unsuitable for ordinary people to hold. But this is simply disinformation. Tens and even hundreds of millions own gold around the world.

To discourage people from owning gold in this day and age is a kind of malicious error. When fiat currencies collapse, as all fiat currencies inevitably do, gold and silver will retain value and utility.

And even if bitcoin thrives, somehow – and it may – it will not take the place of gold but act as an adjunct to it. Gold's anonymity and longevity as a money metal will surely continue. Its only competitor is silver.

So hold bitcoin and other kinds of electronic coins if you wish. But don't forget that gold and silver are evidently the oldest forms of money on Earth. And there's a reason for that.

The argument doesn't have to be "either/or." People who make it are doing a disservice.