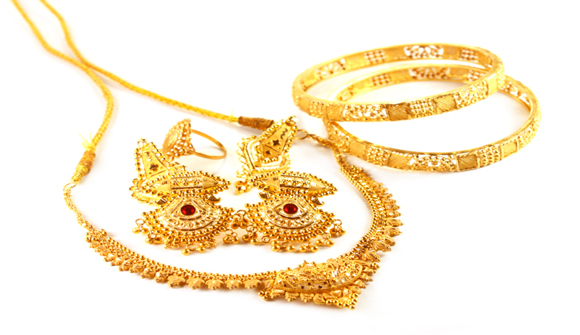 India's Golden Problem … The legendary Indian obsession with purchasing gold has been passed down for generations. Families purchase gold on auspicious religious occasions and, in larger quantities, for weddings. It forms a significant part of savings, particularly in rural areas, and is often passed down as inheritance. Today, however, it is also being credited as one of the main reasons for India's spiraling current account deficit, which has widened to a record 6.7% of gross domestic product in the latest period. – Project Syndicate

Free-Market Analysis: Here is an article that lays out fully the dominant social themes of the modern era. The basic globalist vision employs nation-states as a template for manipulating citizens. Citizens, on the other hand, (more and more as the Internet Reformation expands) push back by clinging to tradition and age-old survival methods.

This is an old story and one that has been written in blood for millennia. Government expands and becomes tyrannical and people resist by any means necessary.

One of the allies in people's struggle to be free is surely gold. It is no coincidence, in our view, that two vast regions that have seen their share of oppression – China and India – are inhabited by people who cling compulsively to the yellow metal.

Those in charge don't seemingly like it much. As globalism continues apace, money metals continue to come under significant attack. Globalism demands fiat money, apparently, and thus, the ability to own other elements of wealth are to be made significantly more difficult. This is certainly what is taking place in India. Here's more from this article:

A country's current account is the sum of its balance of trade – in other words, net revenue on exports minus payments for imports. India imports vast quantities of gold to cater to its local demand and, at a time when the global economy is still sluggish, Indian firms are unable to export as much as they used to. The net result is the spiraling deficit, which is chiefly responsible for the drag on the exchange rate of the Indian rupee.

Since the government cannot do much about boosting exports in a slow global market, the focus is on cutting imports. But as India's Chief Economic Advisor, Raghuram Rajan, has pointed out, there is not much that the government can do about the country's vast imports of oil or coal – both of which are essential for supplying the country's energy needs and ensuring the smooth functioning of the economy.

Gold imports, on the other hand, are unproductive investments. When gold prices softened by over 20% earlier this year, as a result of a lowered appetite for the metal as a safe haven investment, many were hopeful that India would spend less on imports. This would then narrow the current account deficit and strengthening the currency. However, the lower prices sparked a massive buying spree.

According to a report by Biman Mukherji in The Wall Street Journal, it is estimated that gold imports saw an extraordinary 130% year-on-year increase in April, at a time when prices were down 10% year-on-year. The staggering rise in volumes has further widened the deficit and brought it to a dangerous high. The only solution will be trying to curb India's insatiable appetite for the metal, and the Finance Ministry has been trying every trick in the book.

Over the last eighteen months, the import tax on gold has been raised from 2% to 6% and the rupee has depreciated as well, both of which drive up the cost to the consumer. As a further measure, the Reserve Bank announced last week that only jewelry exporters would be allowed to use credit for gold imports. But even as further measures are expected, the program has not had a strong impact – demand refuses to slow.

We can see in this article what Indian officials are doing to attack gold holdings, but we can also sense in this excerpt the frustration of those in power when it comes to trying to change traditional Indian behavior.

What is also revealed in this article is what we referred to earlier – the presentation of abiding dominant social themes in service of state control. The article makes elaborate and seemingly credible technocratic arguments for state management of the money supply and reasons why gold ownership stands stubbornly in the way.

But at the same time, one can see that the abiding culture of the Indian people themselves is not easily reconfigured. It is indeed a significant issue, and one that is embodied in this article.