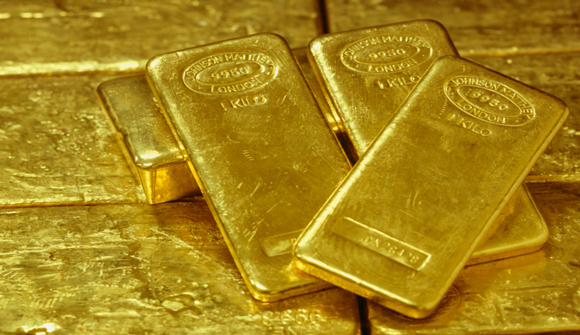 Gold tumbles to two-year low … The slide in gold prices became a rout on Monday as the precious metal tumbled a further 5 per cent to its lowest level in two years. Bullion was swept up in a wider sell-off across markets after Chinese growth figures disappointed. But the momentum behind gold's fall has been building for several months, with investors increasingly questioning whether the metal's decade-long bull market may over. – Bloomberg

Free-Market Analysis: It is a big conundrum for those holding gold and silver. Buy more, hold what you have or sell now …

We know that Europe has not recovered, that the US recovery is a technical one that doesn't include increased employment (see lead article, this issue) and the third leg of global economic "prosperity" is China, also in a problematic condition with high inflation and a loss of consumer markets.

What is going on as regards money metals is, in our view, a promotion – a trend based on a dominant social theme. But that doesn't make the selling any less real.

It does make it confusing for those who understand free-market economics and see the damaging effects of monopoly central banking on society, money and wealth generally.

Even the reasons for the selloff are confusing. The standard line regarding the selloff is that now various central banks in Europe are going to be pressured to sell gold.

But this doesn't make sense even viewed in a cursory way. These banks, if they "sell," will merely be turning over their gold to other central banks and institutional debtors. If one turns one's house over to creditors for a market price, why should that have an impact on other house prices in the market?

It would seem to be a proverbial wash. But that is not how it is being portrayed in the media today, Monday, April 15. Here's more from the Bloomberg article:

"There is no other way to put gold's recent sell-off: nasty," said Joni Teves, precious metals strategist at UBS in London, adding that gold would have to work to "rebuild trust" among investors.

The negative mood has been heightened by the news last week that Cyprus would sell gold as part of its bailout. Although the quantity of gold involved is small in the context of the overall market, at roughly 10 tonnes, gold traders saw the move as setting a precedent that could allow other eurozone countries with much larger gold reserves, such as Portugal or Italy, to follow suit.

"Clearly a much greater element of doubt – about the independence of central banks, their control of gold reserves, and the sanctity of EU treaties – now exists in the gold market than it did a week ago," said Tom Kendall, precious metals analyst at Credit Suisse. "Once again gold investors are being reminded that the metal is not a very effective hedge against broad-based risk-off moves in the commodity markets."

The collapse in prices has been foreshadowed by a string of bearish calls by analysts. In February Credit Suisse predicted the market had already peaked; Société Générale said the "end of the gold era" was nigh; and last week Goldman Sachs recommended investors short the metal.

Nonetheless, many investors remain committed to gold – most notably John Paulson, who made billions betting against the US housing market ahead of the financial crisis. They argue that the expansionary policies of central banks in the US, Japan and the UK will ultimately herald an era of much higher inflation that should lift gold prices significantly.

Every time we probe the reasons for this selloff, we come up against another "reason" that seems to have questions attached. In the above excerpt we can see that investors are supposedly questioning the validity of gold ownership based on an "element of doubt about the independence of central banks and their control of gold."

The gold and silver markets are manipulated, without doubt, and it is not a hypothetical occurrence. Throughout the past several centuries, Western governments have formally, at least irregularly, "fixed" the price of gold. Gold – and silver – are money. And the urge to tamper with the stated value of money is irresistible.

Do you believe the current price-fixing is sustainable? Do you believe that globalism – a movement dependent in large part on monopoly fiat money – is irreversible and destined even in the near term to win the day?

In the era of the Internet Reformation there are obvious opposing sides. And the dilemma is real. Are money metals going to reenact the 1970s in a slightly more elongated manner – or has the script departed from form?

It would seem, based on recent occurrences, that the Golden Bull is going to be a far more elongated affair than the 1970s version. Central bankers and their controllers have been extremely aggressive about providing fiat liquidity. Economies may not benefit but investment sectors are being affected.

Where do you think gold is headed? If owning gold and any further price depreciation does not substantively affect your lifestyle, they perhaps you will contemplate holding on.

Money metals are investments that ebb and flow but who really believes we shall ever see the value of gold and silver go to zero. Of course, if your net worth is a day-to-day preoccupation, you will have a harder choice. But now the trend seems down.

Given our current monetary set up, no one ever said investing was going to be easy.