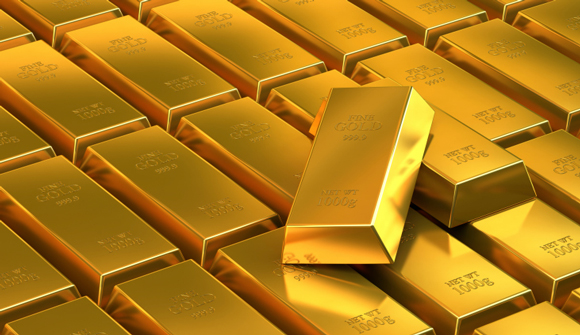 Gold to tank in 2014: Goldman Sachs … Bad news for "gold-bugs"—bullion's current beginning-of-the-year rally will not only lose steam, but prices could drop sharply by the end of 2014, according to Goldman Sachs' Jeffrey Currie. Currie, Goldman's head of commodities research, told CNBC on Monday he had an end-of-year price target of $1,050 per ounce for gold, a 16 percent drop based from current prices of $1,251. – CNBC

Dominant Social Theme: Gold is a barbarous relic. Don't invest in it.

Free-Market Analysis: In our lead article, this issue, we briefly discuss some of the manipulations supporting the ongoing and presumably expanding Wall Street Party. But the potential manipulation of gold stands out as one of the most brazen.

We are not alone in believing that the price of the dollar was possibly moved up against gold and silver on purpose – though we believe a main reason was to further set the stage for the rally to end all rallies (our perception of the upcoming Wall Street Party).

Regulators are actually investigating a potential manipulation in London and plenty of commentators in the alternative media explained how such a manipulation could come about. Just yesterday, an article was posted on Mineweb on ways that metal could be moved down and reasons why it may have taken place.

Some of the arguments on governmental and central bank involvement in the control of the gold price have been superbly laid out in a recent article called Gold Manipulation 101 by Bill Holter of Miles Franklin Precious Metals Specialists.

Holter notes in particular that he has explained over his career many times "why" gold would surely be manipulated and that the Fed (and other foreign central banks) would be foolish not to try to suppress the price. Gold is THE main competitor to fiat currency, an exploding price is like a neon sign advertising policy failure and currency flaws, as Paul Volcker once said, "It was a mistake to let gold get away from us." And then goes on to explain exactly how this price suppression was achieved in the past and how it is today.

Back in the 1960s and 1970s the process of keeping the gold price under control – once the gold window had been opened – before which gold had effectively been at a fixed price – was handled by the London Gold Pool where physical gold was sold on the London Market so as to meet any excess demand until gold stockpiles were depleted to the extent that this control could no longer be achieved and the price then spiked up to $850 in 1980.

The problem then became how to supply gold to meet any excess demand and thus get, and keep, prices under control again. This appears to have been done by persuading the major gold producers to forward hedge their gold sales to protect their profits going forwards which effectively brought, as Holter puts it, 1,000′s of tons of gold "forward" for sale and on to the market.

It had not been mined yet but the true intent and result was to place excess supply (which had not even been mined) onto the market to depress the gold price. Some see this as collusion by the gold miners in gold price suppression although, in our view, it was slick salesmanship by the bullion banks which handled the forward sales contracts.

According to Holter, the most powerful manipulation has been the "leasing" of central bank metal.

As much of this gold has been turned into jewelry or otherwise found its way into private hands, Holter concludes that it will not soon return to central banks in physical form. This may be one reason why it will take Germany seven years to get back 700 tons of gold from the US Fed.

Any and all of this could be proven beyond any doubt and the perpetrators brought to justice and jailed within just a few days. There is a paper trail for all of this and the Justice department would have slam dunks all over the place…but there is a small problem. They can't (and won't) prosecute "themselves" because ALL of these schemes had one goal in mind, suppress the price of gold. This is exactly the "unofficial"…official policy.

In addition to central bank manipulation, we would tend to believe that gold ETFs have played a part in depressing the price of gold against the dollar, or certainly of mining stocks. Capital that might have found its way into junior miners has ended up in ETFs instead, which has considerably distorted the Golden Bull's regular business cycle.

There is the issue of the gold close itself – and the way gold prices are arrived at, by some sort of weird daily consensus rather than market driven numbers. It's useless to ask why the price of gold is estimated rather than simply reported from trading data. Obviously, this accounts for the crazy anomalies in the gold market generally.

Just look at the raging demand for gold in China and India. Against a backdrop of almost desperate buying, we are asked to believe that the dollar rose against gold some 40 percent in a matter of months. How crazy is that?

It continues. Now Goldman Sachs is projecting a further drop in the price of gold. Indian officials are contemplating scaling back recently introduced gold tariffs because of the anger of Indian buyers. But for Goldman, the demand just isn't there.

Here's how Currie describes it:

"Our view there really is driven by the expectation of the U.S. economy reaching escape velocity," Currie said on "Squawk on the Street." "Essentially when you think about a short on gold … it's essentially just a bet on a substantial recovery in the U.S. economy."

Gold prices ballooned in the years since the 2008 financial crisis, driving prices to record highs thanks to ultra-low interest rates from the Federal Reserve's economic stimulus programs. Prices dropped last year amid fears the Fed would scale down those programs earlier than expected, but a weaker-than-expected December employment report re-ignited interest in gold last week.

Currie said gold still worked as a hedge against inflation; he just doesn't see any strong inflationary pressures in the next few years. He said once the economic recovery picks up more momentum, inflation would follow and gold may become attractive again. Gold's early 2014 rally won't last, he said.

Who believes this stuff? It's just more directed history, in our view. Come up with some reason – any reason – to explain the longer-term trend of precious metals and then once it's broadcast, just slam the market down.

We live in a central banking era – one that has never occurred before. A handful of men have the power to manipulate markets on a global scale. This is simply incontrovertible. Four central bankers control some 70 percent of the circulating money supply – the US, the EU, China and Japan.

It is in Switzerland under the watchful eye of the BIS that these bankers come together to "coordinate" the market. This is what they are SUPPOSED to do: They are running a legalized money cartel and use their state-derived powers to justify all sorts of interference in the market.

Goldman Sachs, of course, is a main servant of this sort of money power. There's a good chance that Currie may know something the rest of us don't about how the dollar will be manipulated against gold in the near future.

In the longer term, of course, one cannot stand against the logic and power of markets. Gold and silver will have their day. But according to Goldman, that day may just have been put off once again.