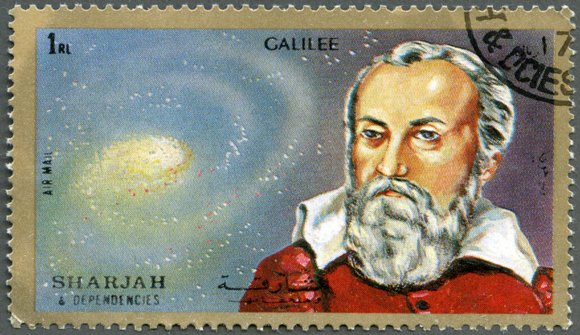 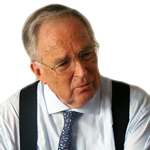 Aristarchus of Samos – the Greek island that produced Pythagoras – was born in 310 B.C. Aristarchus set astronomy on the path that would have led to its correct development by postulating the Sun as the center of the universe, with the Earth revolving around the Sun while revolving around its own axis; he also set the planets in the correct order of their distance from the Sun.

Unfortunately, the preconceived notions of Aristotle derailed the acceptance of the theory of Aristarchus, and he was soon forgotten. We only know of his existence because other writers, notably Plutarch (c. 46 – 120 A.D.), mentioned his work.

Ptolemy of Alexandria (c 90 AD – c 168 AD) compiled an astronomical work, the Almagest, which based itself on the geo-centric system of Aristotle and his plausible notion that the celestial bodies, being perfect spheres, necessarily had to move in perfect circles. The Almagest provided a table which allowed the fairly accurate prediction of celestial events such as eclipses and the future positions in the sky of the planets. In Ptolemy's system, the movements of the Sun and the planets were described through a complicated system of 54 circles and epicycles, which were circles upon circles.

Ptolemy's system was accepted as the principal authority in astronomy for the next 1500 years, though it was a totally false representation of reality.

Ptolemy's system was only questioned, and then quite cautiously for fear of provoking the wrath of the Catholic Church, by Copernicus (1473 – 1543). His work, On the Revolutions of the Celestial Spheres took up the theory of Aristarchus (1800 years after his time!) and placed the Sun at the center of the universe. Copernicus received a copy of his published work on his death bed.

Galileo (1564 -1642) supported the theory of Copernicus. According to Arthur Koestler, in his book The Sleepwalkers, Galileo was a highly temperamental man and though in his time the influential order of the Jesuits was already generally in agreement with Copernicus, Galileo needlessly offended Pope Urban VIII, who reacted by having him placed under house arrest for the rest of his life and proscribing his writings on astronomy, which were placed on the Index of Forbidden Books.

Finally, Kepler (1571-1630) put astronomy on the path of correct development. He was an assistant of Tycho Brahe, an eccentric but careful observer of astronomical data; when Tycho died Kepler took the compiled data gathered by Tycho, and through hard work, supplemented with intuition, developed his three laws of the celestial movement of the planets in their orbits around the Sun. It is curious that he was apologetic in the presentation of his seminal finding that the planets do not move around the Sun in circles, but in ellipses, at one focus of which is the Sun: he excused himself, saying he was forced to conclude that the orbits were elliptical and not circular because the data would fit no other explanation.

Enough said about the battle of astronomic facts with preconceived notions in the development of astronomy.

Turning now to the development of economics compared with astronomy, we are today witnessing, in the field of economics, an intellectual battle that resembles the conflict between Ptolemy with his 54 cycles and epicycles, with the Earth at the center of the universe, and Aristarchus with his Sun at the center of the solar system and the Earth and planets orbiting the Sun.

One has to wonder: Will it take centuries for mankind to accept the truth in economics – the truth that gold is the center of the economic universe, and currencies (as they are today) circle gold, the monetary Sun?

On the one hand, we have Benjamin Shalom Bernanke of the Federal Reserve, a latter-day Ptolemy with his Keynesian paper-centered monetary universe, and on the other we have Carl Menger (1840 – 1921) who set gold at its center, now seconded by Antal E. Fekete and his New Austrian School of Economics, who views the facts of human action objectively, as Kepler viewed the data of the planetary movements.

Human life is hardly altered, if at all, if we believe that the Sun circles the Earth, or on the contrary, if we believe that the Sun is the center of the solar system. However, human life and civilization itself depend on the acceptance of the correct initial economic theorem, that gold is the center of the monetary system and the acceptance of that theorem's corollary, that the paper currencies of today are mere intellectual constructs, whose value is entirely based on plain faith.

The science of economics cannot develop and cannot possibly be of use to humanity unless it takes as its starting point the fact that gold is money and the center of the economic universe. Unless we start from this fact, no economic science is possible and all order in human life is overthrown.

Unfortunately, all accepted and recognized academic authorities today are as misguided in economics as Ptolemy was misguided in astronomy back in the 2nd century with his 54 cycles and epicycles. Our academic "economists" are baffled and cannot offer a coherent theory to deal effectively with the economic world. They can only experiment upon a helpless humanity as they attempt to make the world function according to their expectations. They are not scientists at all.