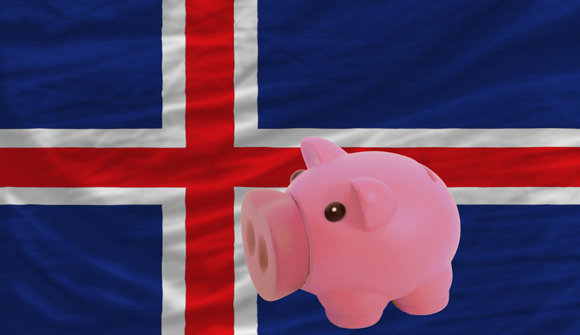 Iceland's government is considering a revolutionary monetary proposal – removing the power of commercial banks to create money and handing it to the central bank. The proposal, which would be a turnaround in the history of modern finance, was part of a report written by a lawmaker from the ruling centrist Progress Party, Frosti Sigurjonsson, entitled "A better monetary system for Iceland". In Iceland, as in other modern market economies, the central bank controls the creation of banknotes and coins but not the creation of all money, which occurs as soon as a commercial bank offers a line of credit. The central bank can only try to influence the money supply with its monetary policy tools.

Under the so-called Sovereign Money proposal, the country's central bank would become the only creator of money. "Crucially, the power to create money is kept separate from the power to decide how that new money is used," Mr Sigurjonsson wrote in the proposal. "As with the state budget, the parliament will debate the government's proposal for allocation of new money," he wrote. – Agence France-Presse via London Telegraph, March 31, 2015

Tiny Iceland, best known for its volcanos, seafood and tongue-twisting language, is thinking big. The government is apparently taking seriously a proposal that could shake the global banking system to its core.

Daily Bell readers will quickly see the flaw in this "Sovereign Money" idea. Transferring the power to create money from the banking system to the elected parliament would simply trade one form of manipulation for a different one.

This system might be a small improvement over the status quo, since citizens can throw politicians out of office. The process might be somewhat more transparent. However, the bankers would not take kindly to losing their golden goose, and would no doubt use all their influence to regain control. History suggests they would succeed.

The real flaw is the assumption that someone should control the money supply. No. Money isn't money if some earthly creature can create more of it ex nihilo. That power is not safe in human hands. Natural scarcity is an essential element of money. This is why early humans adopted gold, silver and copper as media of exchange.

It is why so many see bitcoin as real money, too. The maximum number of bitcoin is mathematically fixed. People can "mine" it but they can't create it. Imagine if some kind of political body could vote to create more bitcoin. It would render the whole idea pointless.

The Icelandic proposal still has some merit, though. As AFP says above, banks "would continue to manage accounts and payments, and would serve as intermediaries between savers and lenders."

While this might be honorable work, it is far beneath the lofty status of today's banking superstars. Coming down from the throne to "manage accounts and payments" sounds so menial. Jamie Dimon of JPMorgan Chase doesn't want to intermediate. He wants to create and thinks it is his natural right to do so.

Forcing bankers to find honest work would be a huge step in the right direction. A remarkable number of Americans mistakenly equate Wall Street with capitalism. In fact, Wall Street as currently structured is a giant pyramid scheme. It would not exist under true capitalism.

All modern banks would collapse if they lost the ability to create money. Iceland's "Sovereign Money" idea would prove this to everyone. The lesson would be a big step toward truly sovereign money.

For this reason, the proposal isn't likely to get very far. The fact that legislators are even entertaining it is a positive sign. They may disagree on the answer, but at least they've admitted the current structure is untenable. That's progress and we ought to welcome it.