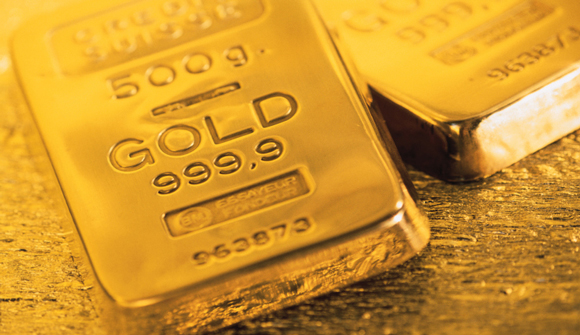 Republicans eye return to fixed value for dollar … The Republican Party is set to call for the creation of a commission to look at possible ways to set a fixed value for the dollar, 40 years after President Richard Nixon ended its link to gold. A draft of the party platform to be adopted at the Republican National Convention next week in Tampa, Florida, ties the plan to "cleaning up the wreckage" of President Barack Obama's policies. The proposal recalls a commission created in 1981 by President Ronald Reagan to consider restoring the convertibility of the dollar into metal. The commission advised against such a move in the end. "Now, three decades later, as we face the task of cleaning up the wreckage of the current administration's policies, we propose a similar commission to investigate possible ways to set a fixed value for the dollar," the platform would say, according to draft language provided to Reuters by a Republican National Committee official who declined to be named. − Reuters

Dominant Social Theme: Gold is good. And if Leviathan is setting the price so much the better …

Free-Market Analysis: The problem with a state run gold standard is that the state is running it!

Facetiousness aside, this article gives us the opportunity once again to analyze what a gold standard really is and how a free-market one might work. It is probably safe to say that whatever the GOP comes up with will be less free and thus less adequate than what is called for.

Worse, in our humble opinion, whenever such issues arise these days, the dissemblers come out in force to attack the world's only apparently honest politician, US Congressman Ron Paul, for working with Lewis Lehrman.

It is true that when Ron Paul and Lewis Lehrman served (with many others) on a US Gold Commission during the Reagan years they wrote a minority report recommending a return to some sort of gold standard.

But Ron Paul certainly didn't seek Lehrman out to write the report. He wrote it with Lehrman because Lehrman was on the committee. Ron Paul, of course, went on to call for a regime of competing currencies, which is something we're partial to. Within such an environment, we think gold and silver would find their rightful place.

Let's examine gold standards for a moment. We will turn to Wikipedia for a rough approximation of different kinds. Here's some relevant text:

The gold standard is a monetary system in which the standard economic unit of account is a fixed weight of gold. There are distinct kinds of gold standard.

First, the gold specie standard is a system in which the monetary unit is associated with circulating gold coins, or with the unit of value defined in terms of one particular circulating gold coin in conjunction with subsidiary coinage made from a lesser valuable metal.

Similarly, the gold exchange standard typically involves the circulation only of coins made of silver or other metals, but where the authorities guarantee a fixed exchange rate with another country that is on the gold standard. This creates a de facto gold standard, in that the value of the silver coins has a fixed external value in terms of gold that is independent of the inherent silver value.

Finally, the gold bullion standard is a system in which gold coins do not circulate, but in which the authorities have agreed to sell gold bullion on demand at a fixed price in exchange for the circulating currency.

The US had a gold and silver system in the 1700s and 1800s where the conversion rate of gold was fixed at a ratio of 15/1. The trouble came when massive quantities of silver were discovered in the later 1800s, and the value of silver diminished, making the 15/1 ratio questionable. On this issue a great battle was pitched – and the eternal lesson we can learn, as usual, is that the government should not fix prices.

When government standardizes a fixed exchange rate with another country, the same issues can intrude. Great discoveries of gold and silver can skew ratios and provide advantages to one party or another. The same problems arise when government fixes the price domestically.

A price that is fixed into law is always bound to cause trouble because the value of gold and silver fluctuate depending on hoarding and new mine discoveries. The only operative gold and silver standard that will work in the long run is one that allows values and prices to float freely based on supply and demand.

This is perfectly reasonable but very hard to attain because the people organizing such ratios are inevitably associated with … government! Government is the great meddler. You can have sound money or you can have government money, but you can't have both.

Don't expect to learn anything about this in the mainstream press. One of the great goals of the mainstream media is to confuse people about money. This is one of the media's only areas of competence. Here is some more from the Reuters article on the GOP platform:

Marsha Blackburn, a Republican congresswoman from Tennessee and co-chair of the platform committee, was quoted earlier in the day as saying these points were not an effort to placate libertarian Representative Ron Paul and the delegates he picked up during his campaign for the party's nomination.

"These were adopted because they are things that Republicans agree on," Blackburn told the Times. "The House (of Representatives) recently passed a bill on this, and this is something that we think needs to be done."

Again, it's not clear what needs to be done. Is government about to fix the price of gold again, God help us! Money is really quite simple. It is anything we agree upon. Gold and silver have emerged universally as money from time immemorial because these elements are malleable, portable, beautiful and durable.

Copper, brass, iron, corn, salt … nothing else quite fits the bill, which is why gold and silver have always re-occurred and have held value despite the power elite's continual efforts to remove both elements as circulating money. The elites certainly hate gold when it is fully and freely circulated.

Nothing erodes Money Power more significantly or quickly than a circulating precious metals standard, especially one that the market itself moderates. That's the reason for all this renewed talk about gold standards, of course. The elites are trying to stay ahead of the curve.

As monopoly central banking founders in the 21st century and is increasingly seen as immoral thanks to what we call the Internet Reformation, the powers-that-be will likely start to promote some sort of precious metals standard, perhaps within a basket of IMF/SDR currencies.

If you hear such promotions, please ask why the government has to be involved with money at all. Like almost everything else, it would operate a great deal better WITHOUT government involvement. Or so it seems to us.

Don't believe it? Enlighten us, please, as to why as to why any one group of individuals needs to be in charge of something so important as money. We'd really like to know …