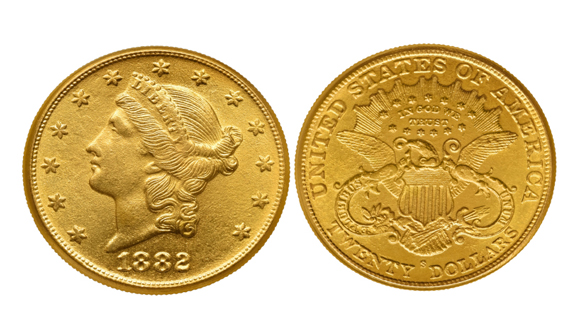 Must Read: Jim Grant Crucifies The Fed; Explains Why A Gold Standard Is The Best Option … The Federal Reserve Bank of New York has invited some of its public critics to visit the bank to unburden themselves of their criticisms. On March 12, it was Jim Grant's turn. The text of his remarks follows: Piece Of My Min … My friends and neighbors, I thank you for this opportunity. You know, we are friends and neighbors. Grant's makes its offices on Wall Street, overlooking Broadway, a 10-minute stroll from your imposing headquarters. For a spectacular vantage point on the next ticker-tape parade up Broadway, please drop by. We'll have the windows washed. – Zero Hedge from Grant's Interest Rate Observer

Dominant Social Theme: Return to a gold standard is an absolute necessity.

Free-Market Analysis: We've always admired James Grant's writing style and self-deprecating wit. But perhaps in this Internet era he has aged out a bit.

We don't know why he continues to insist on a formal gold standard. This is a standard in which governments set the price of gold.

In the US, as we understand it, the government's refusal to recognize additional silver discoveries in the 1800s via its mints helped destabilize silver.

When we look at the process of silver de-monetization it appears as a pattern throughout the world. The power elite that controlled government had apparently decided on a two-step process of de-monetization – first silver and then gold.

Grant doesn't recognize any of this. He wants to give the power of the mint back to the government for precious metals. Here's some more:

In the not quite 100 years since the founding of your institution, America has exchanged central banking for a kind of central planning and the gold standard for what I will call the Ph.D. standard. I regret the changes and will propose reforms, or, I suppose, re-reforms, as my program is very much in accord with that of the founders of this institution. Have you ever read the Federal Reserve Act?

The authorizing legislation projected a body "to provide for the establishment of the Federal Reserve banks, to furnish an elastic currency, to afford means of rediscounting commercial paper and to establish a more effective supervision of banking in the United States, and for other purposes." By now can we identify the operative phrase? Of course: "for other purposes."

…. The nation was on the gold standard. It would remain on the gold standard, Glass had no reason to doubt. The projected notes of the Federal Reserve would—of course—be convertible into gold on demand at the fixed statutory rate of $20.67 per ounce. But more stood behind the notes than gold. They would be collateralized, as well, by sound commercial assets, by the issuing member bank and—a point to which I will return— by the so-called double liability of the issuing bank's stockholders.

Or, at a stretch, one might say it is a derivative that secures its value from the wisdom of Congress and the foresight and judgment of the monetary scholars at the Federal Reserve. Either way, we would seem to be in dangerous, uncharted waters …

We can see from this that Grant is partial not only to government gold ratios but also to the initial Fed act. He does admit the Fed "fell into sin almost immediately," but in doing so implies this was some sort of unusual occurrence.

It was not. Very obviously, this was what the cabal behind the Fed intended. Are we meant to believe that the Fed's immediate printing of notes beyond legal ratios was some sort of accident?

No, it was premeditated. At this point, seeing what is going on in the modern age, we'd even advance the idea that such overprinting was done in the full knowledge that it would cause a crash. And it did.

It is simply a fact, in our humble view, that once you give government the monopoly power over money, those in charge will abuse it.

In this case, a great, globalist conspiracy took advantage of Money Power. The result has been an implosion of wealth.

It is very necessary to divorce Leviathan from money because government is inevitably manipulated by mercantilism.

The best idea is to keep government out of the monopoly money game. Let currencies – even pure fiat – compete. Within such a context, gold and silver could freely float and find their rightful place in the monetary universe as they have in the past.