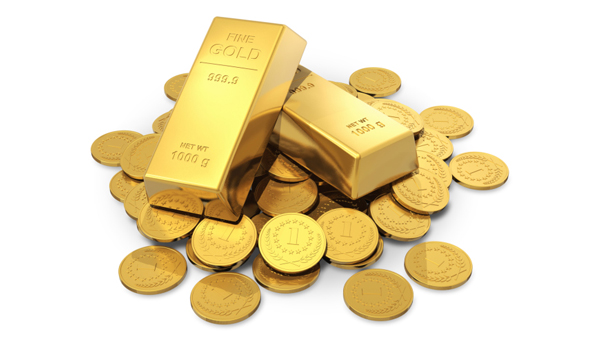 To an extent that reveals a thorough misunderstanding of the market forces, the financial media has failed to consider the different motivations and beliefs that drive the different types of investors who are active in the gold market. By treating the gold market as if it were comprised of just one type of investor, analysts have drawn false conclusions about the recent volatility.

Broadly speaking, the gold market consists of long-term investors, which are comprised of primarily private individuals who believe in gold as a better store of value than fiat currencies, and short-term traders, who are primarily financial professionals looking to play on momentum trades. The groups invest with different time horizons and with varying goals. Those with a long-term view tend to see gold as a hedge against inflation and as security against financial uncertainty. They tend to buy both paper gold (in the form of ETFs) and physical gold (in the form of coins, bars and, in some cases, jewelry). The physical market is divided between these small buyers and the central bank bullion buyers who acquire gold as national currency reserves.

In contrast, short-term players, like hedge funds, mutual funds and institutional day traders tend to be much more sensitive to trends and technical analysis. Trading effectively both ahead of and behind a particular asset price trend requires quick decisions and precise trade execution. To achieve this, these players tend to buy the vast majority of their gold in the form of easily traded ETFs. Certainly over the last decade, gold had established a clear upward momentum that such traders could not afford to ignore. To profit from this trade, participants did not need to care why gold was rising. A simple understanding of chart dynamics was sufficient.

Short-term traders also tend to pay very close attention to activities of leading institutions. When they sense that sentiment has turned among big market players, they will follow the expected momentum. On April 10th of this year, Goldman Sachs downgraded its 2013 gold forecast substantially. Gold fell hard on Friday of that week and then on April 15th gold had its biggest down day in 30 years. The GLD traded over 93 million shares that day, up from an average of 14 million. The price decline led to large liquidations by many gold ETFs.

While the big institutions are driven by momentum into gold, they also relied on fears related to inflation and economic uncertainty. However, many have now abandoned these concerns. In reaching its bearish conclusion on gold, Goldman Sachs cited low global inflation, and surging equity markets in the U.S. and Japan as reasons to believe that the bull run in gold had come and gone. However, their conclusions are hasty.

In seeing a diminished threat of inflation, mainstream analysts fail to appreciate that much of the trillions of dollars of Quantitative Easing (QE) continues to be hoarded in bank deposits. The velocity of money, which has much to do with rising prices, remains at generational lows. It is not until banks lend this money out, usually on a leveraged or fractional basis, that it becomes part of the money supply and therefore actively pushes up prices. Therefore, while QE creates a risk of future inflation, even hyperinflation, it remains only as a latent risk. In addition, as we have argued many times, official government statistics have tended to hide the true extent of rising prices. Faced with low inflation and QE driven stock and bond markets reaching new nominal highs almost daily, inflation hedgers have sold gold and reallocated funds into stocks, bond markets and even real estate. But recent sell offs in Japanese equities and bonds could hint at the limit in such an expectation.

However, demand for physical gold continues to rise in China and India, while central banks added 109.2 tonnes to their reserves in Q1, 2013. Even in the U.S., demand for gold jewelry rose for the first time since Q3, 2005 and global demand for gold coins and bullion rose by 10 percent on a year-over-year basis. Additionally, the U.S. Mint announced it would be resuming its suspended sales of 1/10 oz. American Eagles at 40% over spot price. Despite this strong demand for physical gold, ETFs saw outflows of 176.9 tonnes in Q1, 2013. Clearly a disconnect between physical long-term investors and short-term traders has begun to emerge.

This past week, Fed Chairman Ben Bernanke hinted that if economic conditions were to continue improving there could be a 'tapering' off of the Fed's massive $85 billion a month QE program. The mere hint of even a reduction in QE was enough to send stock markets tumbling. Most likely the market turmoil strengthened the hand of policy doves on the FOMC. The Fed can harbor few illusions about the ability of stock and real estate prices to hold up when Fed support is withdrawn. This suggests QE virtually without limit.

As the central banks of Japan, England and the EU appear to have followed with their own programs of unprecedented QE, it looks as if the tightening expectations that are driving the sell off in gold are poorly founded. I would expect that ever greater torrents of fiat cash will continue to drive stock and bond markets up and interest rates and currency values down. Based on the dynamics of the physical market, it would appear that many smaller investors agree. As a result, we could conclude that the overall sentiment towards gold is not nearly as negative as we have been recently led to believe.