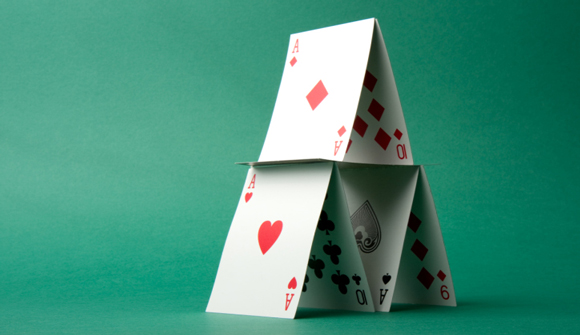 As John Williams (shadowstats.com) has observed, the payroll jobs reports no longer make any logical or statistical sense. Ask yourself, do you believe that retailers responded to the very disappointing Christmas season by rushing out in January to hire 46,000 more retail clerks?

Perhaps those 46,000 retail jobs is the BLS telling us that they have to come up with new jobs to report whether or not there are any.

As we have reported on a number of occasions, whenever the price of gold in the futures market starts to rise, massive uncovered shorts are suddenly dumped on the market. As the shorts dramatically increase the supply of future contracts all at once, the supply overwhelms demand, and the price of gold is driven down despite the fact that the demand for gold in the physical market is strong. (Remember, the price of gold is determined in the futures market in which contracts are largely settled in cash and seldom in gold. The physical market is where gold bullion is purchased, not paper claims on gold for speculation.)

Last Friday the attack on gold was coordinated with the announcement of the suspicious jobs report. The price of gold was hit hard with an avalanche of uncovered gold futures contracts dumped at the same time that the U.S. Government's Bureau of Labor Statistics (BLS) released what can only be described as an incorrect employment report. The avalanche of paper contracts that were dumped onto the Comex (both the trading floor and electronic trading computer system) took the price of gold down $39 in three hours, with most of the price hit occurring in the first 40 minutes after the jobs report was released.

The volume of contracts that traded after 8:00 a.m. on the Comex was unusually high for a Friday, running about 60% above Thursday's volume for the same time period. Such departures without cause from normal trading patterns are indicative of market manipulation, and Friday's price smash capped a week in which the price of gold was taken lower every day at 8:30 a.m. after the release of economic reports, most of which reflected a deteriorating condition of the U.S. economy.

Gold is a refuge in times of uncertainty. With yen, dollars, and euros all being created at a faster rate than goods and services are being produced, with both stock and bond prices at bubble levels, gold is definitely an attractive refuge. Confidence in gold would pull money out of the rigged markets for financial instruments and make it more difficult to maintain the appearance that all is well. To attack gold simultaneously with issuing a happy jobs report doubles the encouragement to remain invested in financial paper and to continue to hold the over-printed currencies.

The expectation is that more money will be printed. The prices of troubled sovereign debt have been bid unrealistically high because of expectations that quantitative easing by the European Central Bank will result in central bank purchases of the troubled sovereign debt. In the US the 100 percent and more than 100 percent auto loans have been securitized and sold as investments. Borrowers whose trade-in value is less than their remaining loan can borrow more than the purchase price of the new car in order to pay off the old car loan.

Anyone looking at these prospects is tempted by gold, but a rising gold price could bring down the fiat currencies and, thus, must be prevented.

In other words, those who have rigged the system know that it is a house of cards.