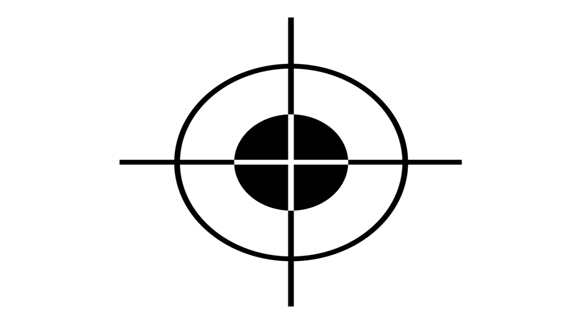 In the opening years of the last decade, most mainstream investors sat on the sidelines while "tin hat" goldbugs rode the bull market from below $300 to just over $1,000 per ounce. But following the 2008 financial crisis, when gold held up better than stocks during the decline and made new record highs long before the Dow Jones fully recovered, Wall Street finally sat up and took notice. The new devotees helped to push gold to nearly $1,900 by September of 2011. For the next year and a half it held relatively steady, trading mostly between $1,500 and $1,800 as more mainstream investors caught the fever. But now it appears that the brief love affair is at an end. It was really only a flirtation as the two were never a good match in the first place. Gold's new suitors never understood the fundamental case for gold and now they are turning their affection back to their true love: U.S. equities.

This is creating a brutal season for gold investors. The metal is in the midst of its largest pull back in nearly five years, and as the selling has gathered momentum powerful Wall Street voices as diverse as Goldman Sachs and George Soros have declared the end of its nearly fifteen year run of dominance.

The story line put out by most of these analysts is that gold shined as a safe haven during the Great Recession, but its allure has evaporated with the recent "improvements" in the global economy, particularly in the United States. Ironically, this ignores the fact that gold actually performed better in the years leading up to the 2008 financial crisis than it did during or following the crisis. That may be because the inflationary monetary policy that fueled the housing bubble also powered gold. Deflation fears led to gold's 35% decline in 2008, but once the Fed reopened the monetary spigots gold rallied to new highs. But in 2008 gold fell in concert with nearly every other asset class. This time, it's falling while other assets are rising. The negative spotlight makes the current decline potentially more meaningful.

Neither the new round of Keynesian expansion in Japan nor the recent fallout from the Cypriot solvency crisis produced gold rallies. Bears cite these failures as the signs that the bull is dead. The latest warning bell came late last week when the Bank of Cyprus announced that it would be selling its gold reserves in order to raise the cash to pay its debts. Concerns quickly spread that other heavily indebted Mediterranean countries with large gold reserves like Greece, Portugal, Italy and Spain would follow suit. The tidal wave of selling would be expected to be the coup de grace for gold's glory years. While this neat narrative may be sufficient to convince the financial media that an historic shift is underway, wiser minds will see more nuance.

While the vast majority of economists see gold as the "barbarous relic" described by Keynes, the sentiment has not stopped many central bankers from holding huge quantities as currency reserves. It is a curious phenomenon that the countries with the most daunting debt problems have the highest percentage of gold in their foreign exchange reserves. Many of these countries were formerly prosperous, and at various points in their histories had gold-backed currencies that required large reserves. These legacy assets now account for the bulk of their reserve wealth.

The United Stated leads the pack with both the largest amount of gold in reserve (8,133 tons) and one of the highest percentages (76%). Other heavily indebted developed countries are not far behind: Italy has 2,450 tons and 72% of reserves, France has 2,435 tons and 71% reserves, Portugal has 382 tons and 90% reserves, and Greece has 112 tons and 82% reserves. Tiny Cyprus, whose travails are creating global ripples, has just 14 tons (58% of reserves).

In contrast, the quickly developing emerging market economies are conspicuous for very small gold reserves, particularly in comparison to their much larger reserves of foreign currencies. Many of these countries have generated large amounts of U.S. dollar reserves as a result of ongoing trade surpluses. While China has more than 1,000 tons of gold, the cache only represents 2% of their enormous foreign exchange coffers. Even gold loving India has just 10%. Neither Russia, Taiwan, Thailand, Singapore, Mexico, South Korea, Indonesia, Malaysia, Saudi Arabia, nor Brazil has more than 10% (with most having far less than 5%). Bankers and political leaders in all of these countries, particularly India and China, have lamented publicly about the very high percentage of U.S. dollars in their reserves, and have even spoken fondly about the reliability and importance of gold.

The heavy debtors in the Eurozone have few pleasant options to deal with their insolvency. As illustrated by Cyprus, the choices may come down to painful austerity or raiding supposedly sacred bank deposits. The sale of gold reserves may provide a much more palatable option for politicians. After all, do voters really care how much gold sits in national vaults? For now at least, international central bank gold agreements limit the amount of gold that they can sell in a given year. But as these sovereign debt crises deepen for countries like Italy and Portugal, many justly question how long these paper agreements will keep the selling pressure at bay.

While I believe that they may indeed succumb to the temptation, such moves may not be disruptive, or even negative for gold. Large divestitures by some countries may lead to corresponding accumulations cash rich, but gold poor, creditor nations like India, China, Russia, and Indonesia. Such transactions would likely take place through private, direct, and tightly communicated sales. As a result, they would be far less disruptive than would be the case were they to occur in relatively thinly traded public markets as many now fear.

Such a transfer in gold holdings would be the logical result of the drift of the global economy over the past half century. Despite its current disfavor, gold is real wealth. Governments and bankers know this. As the emerging economies gain wealth, and the developed countries dissipate wealth through welfare-state debt accumulation, it is inevitable that the gold follows. It's not a question of if, but when.

While nations buying gold will pay for their purchases with dollars, the sellers will not re-invest the proceeds into Treasuries. Dollars raised through gold sales will be converted to local currency and used to repay debt. This will put downward pressure on both the U.S. dollar and Treasuries. In addition, emerging market central bankers will be more likely to hold onto gold for the long-term, thereby providing a bullish impact on the market. In essence, such a shift would flush out the weak hands who don't have the resources to protect their wealth in favor of stronger hands that do.

Creditor nations that buy gold cheap from bankrupt nations forced to sell at distressed prices will see the value of their reserves swell, thereby gaining the independence and confidence they need to finally break their reliance on the U.S. dollar as their principal reserve asset. When the reign of "king dollar" finally comes to a belated end, let's hope all the gold we allegedly have stored in Fort Knox is actually there. We're going to need every ounce of it.