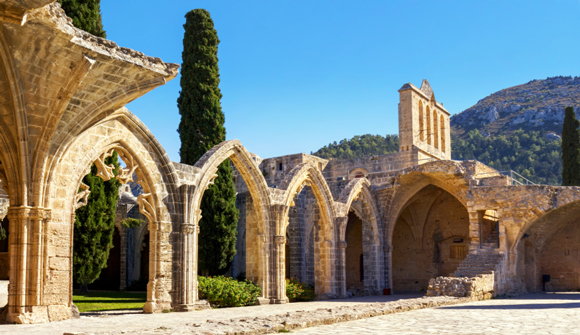 The most puzzling part of the investment business is seeing how the vast and largely economically illiterate masses interpret any given piece of news. Take the recent gold selloff: many large players were motivated to sell by news that Cyprus will have to liquidate its gold stockpiles to pay off acute debt obligations. But just a moment's reflection shows this reaction to be knee-jerk.

The real story behind Cyprus's deal has much more profound ramifications − and they are positive for gold.

The reaction to Cyprus's forced gold sale re-affirms my belief that most Western investors remain in a state of extreme anxiety. This leaves no room for the kind of nuanced analysis that leads to wise long-term investment decisions.

The important point is not that Cyprus has to sell €400 million worth of its gold reserves, but rather the circumstances of the sale and the potential buyers that will emerge.

After all, this isn't a strategic investment decision by the Central Bank of Cyprus to divest itself of the yellow metal. In fact, local officials have gone on record saying any gold liquidation is a last resort. Cyprus wants to keep its gold − as has every nation in the West since the fiat money system started breaking down in the mid-2000s.

The only reason a gold sale is being proposed is that Cyprus finds itself at the height of its sovereign debt collapse. It has a long line of creditors but scant capital to pay them back. Gold is among the island nation's only liquid assets available to be repossessed. This is, in fact, a ringing endorsement of the enduring value of gold when a banking system disintegrates.

Still, some may be concerned about the price effects of gold sales by sovereigns. After all, Cyprus is just the tip of the iceberg. Lower down, the iceberg contains many European nations that are well-stocked with gold but that have debts orders of magnitude more hefty than Cyprus, e.g., Italy, France, Portugal and Spain.

Again, when viewed correctly, this reality is at worst neutral for gold investors.

When a sovereign is forced to sell its gold, the reason is to pay other sovereign creditors. With regard to the spot price and global marketplace for the metal, that sale is "off the books." It merely cancels some IOUs, and the gold is shifted between central banks. It is not that this transaction has no market effects, but at the end of the day, the impact on gold's trading price is minimal.

While Cyprus's payments to its European creditors is unlikely to change the fundamental landscape for gold, it represents a coming trend that will reshape everything we take for granted.

A legacy of its former wealth, the developed world is gold-rich and capital-poor. Emerging markets are in the opposite position. As I have long explained, we are undergoing a prolonged foreclosure by the emerging markets (centered on China) on the developed world (centered on the US). Greece, Cyprus, Ireland, Iceland… these are the marginal cases that are the first movements in what will be a global realignment of the remaining Western capital to the East.

China and its cohorts have a pile of IOUs, and the Western nations have a pile of gold. As push comes to shove and the ongoing Eastern shift into hard assets translates into spiking interest rates and runaway asset prices in the West, the Western governments' reserves will quickly become illiquid; in other words, they'll be about as desirable as Greek government bonds are today. If history is any indicator, Eastern governments may continue to offer lifelines − but they will demand collateral that can't be devalued. As Western governments inevitably continue their profligacy, the loans will be called and the gold stockpiles will board ships across the Pacific.

This entire process of breakdown and redemption will serve as a first-hand lesson in the enduring value of the yellow metal. And, at its conclusion, the nations with the capital will also be the ones with large gold stockpiles.

This bodes well for the price of gold. As bullion moves from weak hands to strong, the odds of Cypriot gold seeing the light of day again in our lifetimes are slim. Wealthy creditor nations have the resources to protect their gold. Bankrupt debtor nations do not.

It also bodes well for the re-monetization of the precious metals. Larger gold reserves will give Eastern nations the confidence they need to finally abandon the US dollar-based reserve system and put their currencies on a sounder footing.

Cyprus, Greece, et al. might be foreign countries, but their problems are exactly the same as those facing the US. The key difference is that the US is in a unique position to prolong and exacerbate its debt situation until it faces the largest sovereign debt collapse in human history. With the US dollar at the center of the global money system, I expect that this will shake confidence in fiat currencies for generations to come.

Fair-weather investors in gold jump at the first sign of turbulence because they do not have a clear concept of the monetary transformation that is taking place. They see other gold investors as greater fools who they must beat to the safety of US dollars when the music stops. Fortunately for those who know better, these momentary panics allow us to buy their gold at steep discounts.

Many of you are aware of this already. Our phones at Euro Pacific Precious Metals have been ringing off the hooks, especially given our new products on offer.

So the fools sell on news of Cyprus, while the rest of us see it as the kickoff of a historic Great Redemption of gold from West to East.