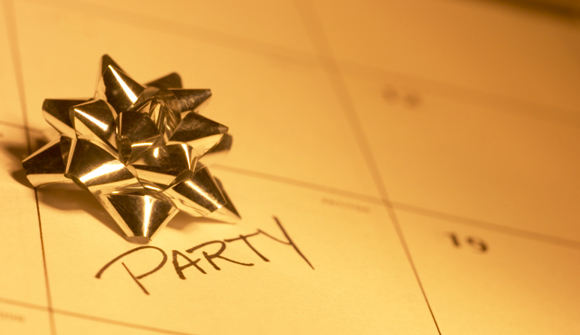 Gold price collapse is the worst for 30 years … The precious metal has been one of the worst-performing assets in 2013, bringing an end to a decade-long rally. Gold has fallen almost 28pc over the last 12 months … Gold will finish the year as one of the worst-performing asset classes, bringing to an end a decade-long rally in the precious metal. Gold has suffered its sharpest fall in 30 years, down almost 28pc over the past 12 months to close 2013 at about $1,200 (£725) an ounce. – UK Telegraph

Free-Market Analysis: There is no denying gold has fallen and hasn't yet gotten up. But the reasons for its failure and eventual resurgence remain intensely interesting.

Surely no logical person can doubt that the world's securities markets are manipulated. Would that it were not so, but it is. And very obviously, or so it seems to us, the manipulation is growing more severe.

But manipulations do not last forever. If the current price of currencies against gold does not represent a "true" price in the current market, then sooner or later the market will adjust the price.

One must visualize a kind of war going on between those who want to control the market and the many decisions of buyers and sellers that are determinedly interested in price discovery rather than a particular point of control.

Having pointed this out, we also must admit that currency price appreciation against gold has been considerable and this article does a good job of summarizing it.

Equities have won the battle over gold for investors' money this year," Ole Hansen, head of commodity strategy at Saxo Bank, said.

Last year, Mr Hansen correctly predicted that gold would finish the year at $1,200 and for 2014 he is forecasting that prices may have already bottomed out.

… "A year down the line, we could be around $1,250 an ounce," he said. Demand for gold had led the charge in resources demand that became known as the commodities "super-cycle", but no longer.

Gold was the biggest loser after the US Federal Reserve announced that it will taper its bond purchases by $10bn a month from next year. The metal fell almost 3pc immediately after news of the taper hit the market.

Central banks globally are already following the Fed's lead and easing back on the money printing that has been the primary policy tool to lift the developed world out of recession, and a major factor behind investors seeking higher yields in gold.

"Sentiment is stacked against gold," said Mark Bristow, chief executive of African-focused gold mining company, Randgold Resources. "Globally, economic policy has been driven by popular politics and not sound business sense." Mr Bristow said that not all of the downward pressure on gold prices is due to global economic forces. Over-production is now a major problem, especially among miners operating on low margins.

This article cites over-production of gold as a key factor in currency appreciation against the yellow metal. And yet the ongoing reported lines of gold buyers in China and India provide us with an alternative reality, one that seems to contradict the oversupply argument.

We are told as well that the expansion of the Fed "taper" has put downward pressure on gold but the taper is a relative latecomer. Gold collapsed a while ago.

We are informed that the sell-off was merely a market phenomenon. Trees do not grow to the sky and after a decade of fairly steady decline in paper currencies relative to gold prices, it was time for a bit of paper price appreciation. Maybe, and yet we are not convinced …

We note that gold price manipulation is now formally under investigation in London and that the price of gold is "set" by traders and banks rather than by the market. We are supposed to believe there is a technical reason for this, but there is none – except that "setting" prices is far more conducive to manipulation than observing and recording them.

We have seen as well that equity market manipulations are becoming more and more evident. We've called this the "Wall Street Party," and despite occasional shrill denunciations from alternative media pundits, we would tend to believe that the current equity market moves can continue upwards for some time, albeit with pauses, and severe or not-so-severe pullbacks.

Janet Yellen's bias toward money printing – which she will soon bring to the Federal Reserve's top job – generally low interest rates around the world, the fracking phenomenon that purports to provide the world with efficient and plentiful oil, and lower gold prices all contribute to a favorable outlook for stocks especially.

Sometimes when listing factors supporting this Wall Street Party phenomenon we forget to include the great gold route. But to speculate that the gold downturn was either generated or manipulated for purposes of boosting equities would not be especially rash within the larger frame of reference.

In any event, these basics abide; it is indeed reasonable to believe that if there is a larger bankers' plan to boost securities, especially stocks, paper price appreciation against gold will continue as well.

It is also wise to assume that the latest stock manipulation, as broad as it is, will not go on forever and thus at some point gold will again prove how it retains value against a slew of paper currencies including the dollar.

Paper appreciation against gold is just one more reason to conclude that there is at least a short-term stock manipulation being implemented. One cannot necessarily point to a "smoking gun," but the pattern reveals a motive that inevitably accompanies the reality.