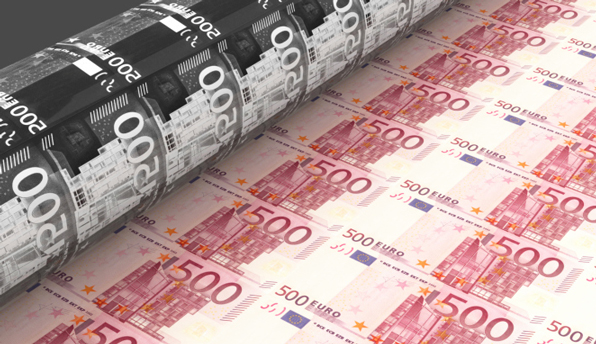 Europe's Greater Depression is worse than the 1930s … Europe hasn't recovered, because it hasn't let itself. Too much fiscal austerity and too little monetary stimulus have, instead, put it more than halfway to a lost decade that's already worse than the 1930s. It's a greater depression. And as the latest GDP numbers show, it's not getting any less so. – Washington Post

Free-Market Analysis: "Austerity" never made much sense to us because the economies of Southern Europe were shackled by decades of regulatory and fiscal overkill. It was like watching a man with his hands tied behind his back being thrust into octagon for a mixed martial arts fight. There was nothing fair about it.

If Greece, Spain, et al. deregulated and lowered taxes, that would have allowed people to generate businesses and capitalize on entrepreneurial opportunities. But that is not what happened. Greece, for instance, pursued "tax evaders" by spying on people with swimming pools via satellite. Business environments never improved; but the social safety net was stripped away nonetheless.

In Greece, Spain, Italy and other countries, there was literally "blood on the streets," but still "austerity measures" continued. Budgets were cut, pensions were slashed and welfare payments were reduced. What people had expected from their governments turned out to be a pale shadow of the reality.

It was evident then, years ago, that Europe was entering into a long-term depressive environment. And now the Washington Post – of all publications – has properly defined what's going on in Europe: It's not a recession but a Greater Depression.

Still, one has to look on pronouncements like those in the Washington Post with considerable suspicion. It's well known that Eurocrats want to free the ECB from restrictions that limit the kinds of money printing that the bank can pursue.

Could it be that by making conditions in Europe as miserable as possible, those same Eurocrats hope to generate popular support for a more powerful ECB?

Here's a bit of perspective: it's been six-and-a-half years, and eurozone GDP is still 1.9 percent lower than it was before the Great Recession began. It "only" took the U.S. economy seven years to get back to where it'd been before the Great Depression hit.

But it's a little misleading to just call this a depression. It's worse than that. Europe is turning Japanese. The combination of zombie banks, a rapidly aging population and, most importantly, too-tight money have pushed it into a "lowflationary" trap that makes it hard to grow, and is even harder to escape from.

… The European Central Bank (ECB) knows this, but it hasn't been able to do enough about it because the Germans are so opposed. They have a haunting fear that somewhere, someone may get away with breaking the rules by inflating their problems away.

That's why the ECB will probably wait until it's almost too late to start printing money, and even then, only do it half-heartedly. It'll be enough to keep the euro from falling apart, but not their economies. The euro is the gold standard with moral authority.

This article is remarkably blunt about the realities of Western economic progress. It also makes the odd statement in the last paragraph of our excerpt that the ECB will probably "wait until it's almost too late to start printing money."

As we understand it, the ECB cannot "print money" very easily because to do so would bring it into conflict with some EU founding documents. The Germans in particular are resistant to these sorts of policies and have challenged them in court.

Nonetheless, it seems possible that the ECB can act unilaterally to inflate. Here from an April Reuters article:

Pressure from abroad to act has mounted, most notably from the International Monetary Fund, which has warned of the threat of "lowflation" rather than outright deflation.

"More monetary easing, including through unconventional measures, is needed in the euro area," IMF head Christine Lagarde said in a speech on Wednesday, outlining the Fund's policy recommendations ahead of its spring meetings next week.

Draghi conceded that low inflation made euro zone debt harder to cut and economic adjustment more difficult – though he also chided the IMF for making more forceful recommendations to the ECB than it did to the U.S. Federal Reserve.

The OECD also warned of the risk of deflation on Thursday.

But buying government assets with newly created money is not an easy prospect for the ECB, and Draghi said that the central bank had not yet exhausted conventional means of stimulus.

It would have to decide how to spread the money between the bonds of different countries with varying credit qualities – and for this reason Draghi said that buying private-sector assets might have some advantages.

Draghi also pointed out that the euro zone depended more on bank lending than on capital markets, in contrast to the United States, which could limit the effectiveness of QE.

Notice the term "lowflation," please. This is yet another promotional element of the ever-changing central bank promotion. In the 1970s, lowflation might have been referred to as "stagflation," but stagflation likely has too many economic overtones while "lowflation" seems a purely monetary description.

Who makes up these terms? We have no idea. But we notice it appears both in the Reuters article and now in the Washington Post story. Lowflation is obviously being cast as negative – and presumably the positive would be "highflation." And thus the dialectic is manipulated …

The Washington Post story also claims toward the end that people are "more attached to the euro today than they were to the gold standard …" And the article explains this astonishing comment with the observation that "people equated the gold standard with civilization itself, and were willing to sacrifice their economies for it." Now, the article states, the euro makes the same claim: It is seen not only as representing civilization, but "also the defense of it."

This same summation makes the claim that a deflationary gold standard led to "double digit unemployment," which cured Europeans of "this sentimentality" – support of the gold standard. This is a fundamental misreading of history. It was the piling on of regulations and taxes during the Roosevelt administration that paralyzed the US economy in the 1930s – and something similar apparently occurred in Europe as well.

The idea that European citizens believe that the euro is the metaphorical embodiment of modern civilization is almost laughable. But the article has to make this point to move onto the next – which is that the ECB ought to inflate.

Monetary inflation is surely the goal of this elite promotion. The idea has been to inflict tremendous suffering on those in the eurozone preparatory to providing the ECB with ample justification to print euros. This is an on-the-ground expansion of ECB power that would not have been tolerated in a different time. But as usual, people's livelihoods and fortunes are being sacrificed for the "greater good" of an expansive federal authority.

The end game here is to provide the ECB with more monetary authority. Whether that monetary authority will bring the promised results remains questionable. But here, as always in the modern age, the point is not prosperity but an expansion of federal authority.