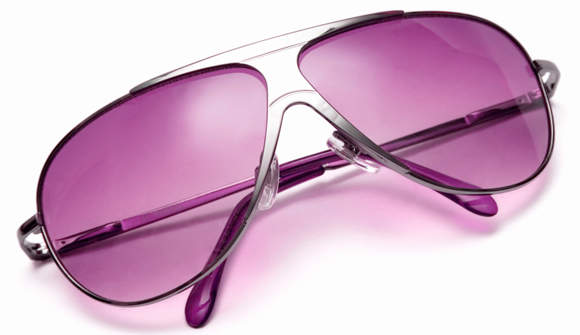 Gold ends near 6-year low as Yellen comments point to rate hike … Janet Yellen all but says interest rates are rising. Gold futures on Wednesday marked their lowest settlement in nearly six years, as a rise in November U.S. private-sector employment and comments from the Federal Reserve's chairwoman supported the likelihood that the central bank will agree to raise interest rates when it meets in two weeks. – MarketWatch

Dominant Social Theme: The economy is doing well, inflationary pressures are building and we intend to hike, hike, hike …

Free-Market Analysis: It is incredible to us that anyone looking at the reality of the US economy could construe it as healthy, but obviously people do.

MarketWatch tells us that in a speech on Wednesday, Yellen seemed to leave "little room for doubt" about a hike. Yes, Yellen is bullish: That's not a surprise, but it still leaves us puzzled, hypothetically, anyway. We don't believe the economic scenario is nearly so rosy.

The article also mentions Atlanta Fed President Dennis Lockhart, about whom we wrote yesterday. We found Lockhart's statements to be fairly risible but by law Lockhart has the right to compel banks to recognize his opinions and like Yellen he's bullish on a hike.

More from the MarketWatch article:

Early Wednesday, Automatic Data Processing estimated that the private sector added 217,000 jobs in November, underlining market expectations for a strong November U.S. jobs report from the Labor Department on Friday. That would also raise the probability that the Fed will decide to lift rates in two weeks.

Karnani was bullish on the economy's prospects and bearish on gold's price relative to the dollar, explaining that the upcoming tightening had caused gold buyers to vanish from the futures market.

Of course, there is always more than one narrative – and a seriously dissenting view was expressed just yesterday at ZeroHedge in a post entitled "The Shocking True State of the Financial System." The article makes points that we have made in the past, including the idea that the 2008 "crisis" has not been ameliorated by central bank easing. The article says any recovery is a "complete delusion."

The REAL problem for the financial system is the bond bubble. In 2008 when the crisis hit it was $80 trillion. It has since grown to over $100 trillion … The derivatives market that uses this bond bubble as collateral is over $555 trillion in size …

Many of the large multinational corporations, sovereign governments, and even municipalities have used derivatives to fake earnings and hide debt. NO ONE knows to what degree this has been the case, but given that 20% of corporate CFOs have admitted to faking earnings in the past, it's likely a significant amount.

The situation is clear: the 2008 Crisis was the warm up. The next Crisis will be THE REAL Crisis. The Crisis in which Central Banking itself will fail. Smart investors are preparing now …

We agree. In fact, we've pointed out many times that the total derivatives market is well over US$1000 trillion. This is an impossible number and sooner or later the theories behind derivatives will collide with reality. Derivates are not supposed to cause trouble for markets any more than "portfolio insurance" was supposed to crumble during the 1987 market crash (though it did). When theory meets practice on Wall Street, optimistic forecasts don't always work out.

While the mainstream media is generally dismissive of predictions of financial disaster, gold buying continues at a fervid pace despite (or perhaps because of) recent price drops relative to the dollar. Yesterday CNBC posted an article commenting on this phenomenon entitled, "Gold (coin) bugs: No, we're not crazy for buying."

Give the gold bugs credit: They're resilient. Even in the face a steep price swoon and a variety of other factors that seem to be lining up against the yellow metal, true believers have been stepping in to buy physical gold at a robust pace.

But before you start fitting them for tinfoil hats — the kind that folks who fear alien invasion and the end of times might wear — consider that gold advocates believe their reasons are sound and not based on preparing for the apocalypse.

The article quotes the CEO of Euro Pacific Capital, Peter Schiff, a famous gold bull, as saying, "That's not why I buy it. It's got nothing to do with the end of the world for me …. I'm buying gold because of its monetary properties."

What Schiff means is that gold historically has held its value even in tumultuous times, and Schiff's perspective is shared by others. CNBC reports that the U.S. Mint said it sold 97,000 ounces of American Eagle gold coins in November, "marking a 185 percent monthly jump and a 62 percent gain from the same period in 2014 … Silver coin demand also surged and already has broken the record it set last year."

The differences between gold bulls and gold bears have perhaps never been starker than at this juncture in modern, Western economic history. And there is a reason that the mint is reporting much higher buying activity: Even investors who are considerably exposed to securities may consider precious metals diversification to be a prudent move, given larger market uncertainties.

As we have often pointed out, once the dollar starts to slump against physical gold, paper gold will start to move alongside the physical, especially hard-hit junior mining stocks. And bear in mind, miners with the most gold holdings should start to benefit from renewed interest in physical gold. We've already suggested one miner that might benefit from this scenario, though doubtless there are others.