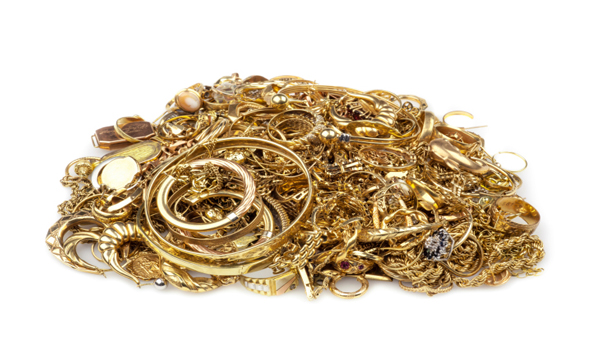 Rising markets eating into demand for gold in India … Indian stock markets shine bright, gold's glitter fades in 2013 … Even though gold has gradually lost appeal among global investors since 2013 – amid a compounding consensus view that a decade-long bull run in the yellow metal may be over – a weaker rupee and restrictive import policies have ensured that, in India, the impact hasn't been so extreme … However, the renewed momentum in the Indian equity market, at a time when the domestic gold prices are in a corrective mode, is likely to impact the investment interest in the yellow metal. – India Express

Free-Market Analysis: The Indian media, like the Indian government, has been "talking down" gold for quite a while now. This is unusual in a country where so many people buy gold, especially gold jewelry, on a regular basis. But it is symptomatic of a larger "bankers' war" being waged in support of fiat money and against precious metals.

The war is not merely hypothetical, from what we can tell, but may be accompanied by vast manipulations in the gold market designed to lift the value of the US dollar in particular against gold. This has been successful in the past, though now there are lawsuits pending against various parties over metals' price fixes and regulators are said to be "investigating."

What this means, obviously, is that some of the charges of gold manipulation have gained enough credibility to be pursued formally. In the face of this growing skepticism (and determined buying of physical gold by the Chinese), the Indian government and elements of the mainstream media have launched a prolonged attack against gold.

We reported on this trend in several articles, including one entitled, "Kerala India Group Wants Wedding Gold Limits."

India women's group seeks limit on gold given at weddings … The women's commission of India's Kerala state is seeking to limit the amount of gold given at weddings to no more than 80 grams to reduce the burden on families and help ease India's trade deficit. Most Indians see gifts of gold, mostly jewellery, from the bride's family to the groom as auspicious for a marriage, helping to ensure financial security. But grooms have been seeking increasing amounts of gold as rising duties and restrictions on imports have led to a shortage in India, the world's second-largest gold consumer after China.

This was actually part of a larger move by the India government to damp consumer purchases of gold, though the recent political realignment in India may relax that policy.

Narendra Modi's recent victory in national elections means a reduction of India's 10-percent import tax on gold and also a rule requiring importers to supply 20 percent of purchases to jewelers for re-export. But Modi's victory doesn't seemed to have softened an entrenched antipathy to gold among India's modern elites, nor the mainstream Indian media.

Market experts see equities regaining some of the investor interest they had lost to the precious metal as an investment avenue after the global financial crisis.

As per Anil Rego, CEO of Right Horizons Wealth Management, given that investment flow towards any asset class is primarily driven by future outlook, investors are likely to prefer equities to gold. "A rising risk appetite among investors would also weigh on allocation towards gold, which is considered a hedge against uncertainties and is favoured during a risk averse investment sentiment," added Rego.

Experts also argue that even as the allocation towards gold from hedging perspective may continue, from capital gains or returns perspective, the investor orientation is likely to come off.

"The tendency to hoard gold as an investment has definitely come down in the last one year, especially among high networth individuals who take informed investment decisions and adjust their portfolio exposures actively," said the head of private wealth operations at a domestic broking firm.

Following more than $45 billion of foreign institutional flows between 2012 and 2013 that pushed the Indian benchmark indices to a two-year highs, domestic investors have largely opted out, given the sustained outflow from equity mutual funds and continuous selling by the domestic institutions, of the order of $24 billion, during the period.

… A lower base of domestic gold prices could further enhance a shift towards equities. "Gold prices risk a 15-18% downside from current levels towards Rs 22,000-22,500 levels," added Rego.

We've suggested that people think of participating in the current Wall Street Party because, like Rego, we see an institutional and central banking commitment to boosting equity markets. But we certainly wouldn't suggest that people sell their gold. We have a hard time envisioning a sustained equity rally of the kind that boosted stocks in the 1980s or 1990s, or even the early 2000s.

Perhaps this rally has another two years to go, or even less. It's been running upwards since 2008. That's a long time. But it may be worth jumping in, so long as one keeps a close watch on the indexes.

Yet the manipulations that have damped gold are not going to be effective forever. As we've pointed out on a number of occasions, the "golden bull" cycle has that been cut short by various bank selling strategies will reassert itself at some point.

In the modern era, markets run in cycles, favoring either fiat money or precious metals. The last fiat bull market may have ended in the early 2000s when the dollar began to sink against gold. Eventually, one ounce of gold would buy nearly US$2000, though that figure has moved down considerably. But the current golden bull cycle has likely not played itself out yet. Paper gold and junior mining stocks never participated as they would in a normal, unmanipulated cycle.

The golden bull may well resume at some point, demanding more and more dollars for an ounce of gold. At the same time, there is no telling how high current stock valuations could go. We've predicted the possibility of Dow 20,000 before the market finally subsides – and possibly crashes violently.

Indians, like the Chinese, know a good deal about market crashes and larger economic disasters. That's why gold remains popular in both countries and why measures to discourage gold hoarding so often fail.

Despite this article's optimistic equity take, millions of Indians are not apt to sell their gold to buy equities. Western gold owners probably shouldn't, either.