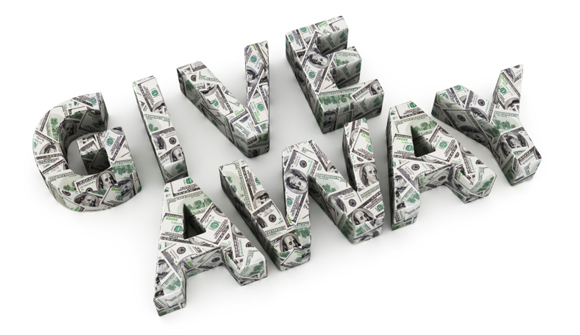 It Begins: Council On Foreign Relations Proposes That "Central Banks Should Hand Consumers Cash Directly" … A year ago, when it became abundantly clear that all of the Fed's attempts to boost the economy have failed, leading instead to a record divergence between the "1%" who were benefiting from the Fed's artificial inflation of financial assets … and everyone else, we wrote that "Bernanke's Helicopter Is Warming Up." … It's well past time, then, for U.S. policymakers — as well as their counterparts in other developed countries — to consider a version of [these] helicopter drops. In the short term, such cash transfers could jump-start the economy. Over the long term, they could reduce dependence on the banking system for growth and reverse the trend of rising inequality. The transfers wouldn't cause damaging inflation, and few doubt that they would work. The only real question is why no government has tried them. – Foreign Affairs at ZeroHedge

Dominant Social Theme: Give them all a living wage and do it now!

Free-Market Analysis: The high-profile website ZeroHedge caused a stir yesterday by presenting an article (see above) that appeared in the CFR's Foreign Affairs magazine.

The article called for the Federal Reserve to hand out money directly to consumers.

The article was of interest to us because of the bluntness of the remedy and also because it further advanced several elite dominant social themes that we've been analyzing for months.

As predicted, there is a new strategy at work, one that has now predictably included Foreign Affairs. The strategy involves the propagation of two memes: "income inequality" and its putative solution, the "universal basic income."

These memes are being proposed in the top news media around the country, as we've already shown, and now they are growing closer to actionable events. Foreign Affairs is a policy-making facility. Next stop? Perhaps the legislature itself.

They're moving fast – faster and faster. Occupy Wall Street was an elite-controlled populist movement that has seemingly fizzled. But it hasn't taken long to reconstitute the desired memes and reposition them as high-row economic concepts endorsed by "Nobel" laureates among others.

What's the desired outcome of all this? As near as we can tell, one intention was to distract people's attention from the dysfunction of monopoly central banking by blaming economic difficulties on the "one percent." Call this the "French Revolution" gambit.

But now the top elites that organize these promotions seem to have reversed course. Instead of distracting people from central banking, the idea now seems to be to glorify the mechanism.

Moments ago a stunning article appearing in the "Foreign Affairs" publication of the influential and policy-setting Council of Foreign Relations, titled "Print Less but Transfer More: Why Central Banks Should Give Money Directly to the People."

In it we read the now conventional admission of failure by Keynesians, who however, unwilling to actually admit they have been wrong, urge the even more conventional solution: do more of the same that has lead to the current financial cataclysm, only in this case the authors advocate no longer pretending that the traditional monetary channels work but to, literally, paradrop money.

"To some extent, low inflation reflects intense competition in an increasingly globalized economy. But it also occurs when people and businesses are too hesitant to spend their money, which keeps unemployment high and wage growth low. In the eurozone, inflation has recently dropped perilously close to zero. And some countries, such as Portugal and Spain, may already be experiencing deflation. At best, the current policies are not working; at worst, they will lead to further instability and prolonged stagnation.

"Governments must do better. Rather than trying to spur private-sector spending through asset purchases or interest-rate changes, central banks, such as the Fed, should hand consumers cash directly. In practice, this policy could take the form of giving central banks the ability to hand their countries' tax-paying households a certain amount of money. The government could distribute cash equally to all households or, even better, aim for the bottom 80 percent of households in terms of income. Targeting those who earn the least would have two primary benefits. For one thing, lower-income households are more prone to consume, so they would provide a greater boost to spending. For another, the policy would offset rising income inequality."

This is pretty incredible stuff. We've always maintained that central banks will NEVER print money directly for individual consumers because to do so would be to reveal the mysterious motor at the heart of the modern economy. So what gives the Big Brains behind this central banking paradigm the idea that handing out money directly to consumers will somehow stimulate stagnant economies while palliating the lower classes that are apparently to be targeted for such a giveaway?

Do those suggesting this actually think that people will be satisfied with a relative pittance (no matter how generous) once they realize that those in control of the money apparatus can basically print trillions for themselves and their friends?

And what about others who don't receive a similar stipend? These individuals would probably be irritated that they are not qualifying and also increasingly upset about the banking mechanism itself – as it went to work, handing out money to lucky recipients.

The article reads more like a satire or parody than a serious suggestion. But we live in incredible times. The globalist crowd seems increasingly panicked by the Internet and how it has exposed internationalism generally and specific promotions as well.

Whether it is economic stagnation or a widening of the war on terror, people are increasingly skeptical that disastrous economic and military events are either accidental or inevitable. Increasingly a connection is being made between elite internationalism and the themes (and events) intended to push middle classes into giving up power and authority to globalist facilities.

Put it bluntly: The idea that Foreign Affairs writers and editors believe that freely handing out currency is going to strengthen the economy and solidify good will for the current central banking system is either naïve or sinister.

We arrive at the possibility of "sinister" because it appears to us that the globalists have perhaps given up on arriving at a more structured and rationalized internationalism via stealth. Instead, they are apparently moving forward with the age-old tools of economic ruin and military engagement.

Giving away currency would surely be another step toward destroying the modern system and setting the stage for a new one, presumably even more internationalist. Either way, this "trial balloon," if that is what it is, is surely not intended to achieve the real-world results its proponents are arguing for. We can't see it ending well.

Apparently, the remnants of Occupy Wall Street may be gearing up to propose a "debt jubilee" and perhaps this idea of a currency giveaway is supposed to find a place within the larger promotion. But if this is to be one of the "solutions" to the "income inequality" meme, it strikes us that those producing these promotions have virtually lost the plot.

We'll see how all this plays out in autumn. Interesting times.