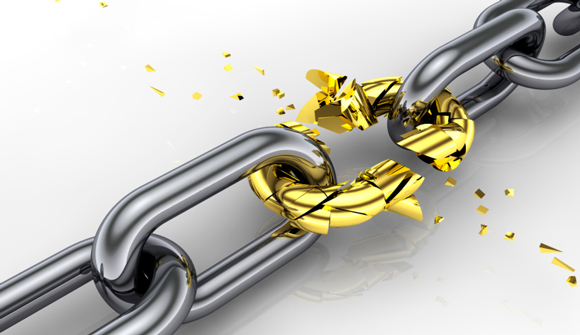 Free-Market Analysis: For those of us who spend time documenting various globalist themes designed to convince us that global centralization is preferable to disparate power centers, George Soros is literally a "gift" that keeps on giving.

In this one tiny article excerpted above we find two dominant social themes powerfully expressed, even if unconvincingly presented.

The twin points that Soros is making after yesterday's dramatic loss-making gold sessions is that gold has ceased to be an asset class that investors can count on to retain and even accumulate value, and also that while gold prices may continue to look shaky, central banks will come to the rescue. Here is more from the article:

"Gold was destroyed as a safe haven, proved to be unsafe. Because of the disappointment, most people are reducing their holdings of gold," Soros told the newspaper in an interview published at the weekend.

"But the central banks will continue to buy them, so I don't expect gold to go down. If you have the prospect of a crisis, you will have occasional flurries or jumps. So gold is very volatile on a day-to-day basis, no trend on a longer-term basis."

Soros, who called gold "the ultimate bubble" in 2011, slashed his position in the world's largest gold-backed exchange-traded fund, SPDR Gold Trust, by more than half to 600,000 shares in the fourth quarter of 2012 from 1.32 million in the third quarter.

The price of spot gold has fallen nearly 6 percent so far in 2013, after a 12-year rally, as investors searched for better investment returns elsewhere including equities. In contrast to gold, the S&P 500 stock index is up almost 9 percent this year.

Soros said gold has "disappointed the public, because it is meant to be the ultimate safe haven."

We disagree with virtually everything that Soros is saying here. Gold and silver have proven to be money metals for thousands and even perhaps tens of thousands of years. The idea that modern price action can have any effect on history's longest and most convincing monetary trend is ludicrous.

Just as ludicrous is the idea that central bankers will prop up the price of gold relative to fiat currencies. Central bankers despise the public's use of gold and wish to discourage it because they would rather see the public value fiat money. Gold is a walking reproach to the value of paper depository receipts.

The end of the article quotes Soros as saying that when the euro was collapsing last year, gold went down with the euro because people needed to sell gold to cover losses.

Like all the rest of Soros's viewpoints expressed in this article, his observation makes no sense in the context of his disapproval of gold as a store of value.

If gold is such a worthless metal, why was it the one repository of value that people could sell to raise cash? On every level, Soros's logic as expressed in this article is suspect.

Gold has been a store of value for millennia and is not going to go out of fashion as such because of modern-day price fluctuations.

Central banks are evidently and obviously doing what they can to undermine the public's faith and trust in money metals, preferring that the public hold depreciating fiat currencies. If central banks DO continue to buy gold, thus firming its price relative to fiat (or vice versa for purists), they will be doing it for the same reason that people buy money metals generally, because they are a historical repository of value.

Gold holds its value long term, which is why people were able to sell gold to cover their euro losses. The selling action of the past months and the longer-term stagnation of gold prices relative to fiat does absolutely nothing to vitiate millennia of value.

Volatility may make money metals less attractive to modern-day investors – at least currently – but the underlying reasons that gold and silver have held their value for thousands of years remain unchanged.

Soros is not interested in explaining that. Other agendas are obviously at work.