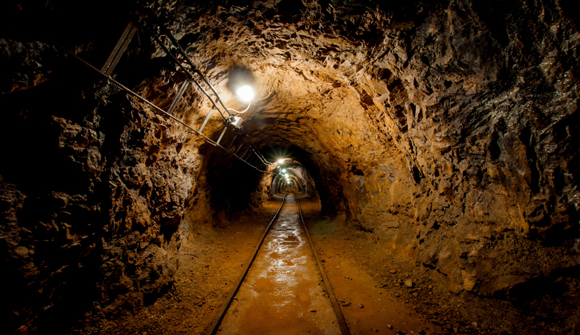 Last week's shocking announcement by Statistics South Africa that the nation's gold production had hit a 90-year low was met with token media coverage and surprisingly, hardly any outrage from labour unions, civil society or indeed the country's population at large … The legacy of hatred and bitterness incited by the Anglo-Boer war and its cruel aftermath stimulated a toxic and destructive Afrikaner nationalism that eventually took hold of the country, with repercussions lasting almost a century. Throughout this period, gold provided an underpin to the nation's economy. It contributed handsomely to tax coffers and generated valuable foreign revenue. What followed was spectacular wealth for a few and employment for thousands of desperate, marginalised people under despicable conditions at a very low wage. – Daily Maverick

Dominant Social Theme: Everything is still okay. Once apartheid died, the future became bright in both Zimbabwe and South Africa.

Free-Market Analysis: We never believed that either Zimbabwe or South Africa would work out as countries with a shared black and white heritage. Our fears have already been borne out in Zimbabwe and soon, we fear, the same sort of destruction will be visited on South Africa.

Within this context, gold production can serve as a sort of metaphor or barometer of national health. Now that gold production has hit a 90-year low, we wonder if South Africa itself is beginning to descend into the kind of vicious racism that has so scarred Zimbabwe.

Certainly black people in South Africa and Zimbabwe are justified in harboring a certain bitterness in their hearts over what occurred. But as circumstances change, so should those feelings. To continue to hate white people for apartheid in South Africa is ultimately self-defeating. It will likely contribute to lower South African living standards and diminished wealth. This has already happened in Zimbabwe.

The African National Congress (ANC), Africa's dominant political party, is having a good deal of trouble proceeding and reports are that it might break up into several factions. One of the ways ANC leaders are attempting to salvage their political fortunes is by whipping up black-on-white resentment. This has the predictable effect of putting psychological pressure on white people in South Africa. Here's an excerpt from a recent article on South Africa and a potential white exodus:

More white, Indian youth want to leave South Africa: survey … The number of white and Indian South African youth wishing to leave the country has increased, according to a survey. Spokeswoman Shirley Wakefield said 2606 respondents aged between 18 and 34 participated in the survey, where they were asked if they wanted to live in the country for good or if they wished to live in another country.

"Fifty-six percent of whites, and 53% of Indians expressed the desire to emigrate, far higher than black respondents with 33%, and coloureds at 43%," said Wakefield in a statement. The company said the overall number of youths who wished to leave the country rose from 25% three months ago to 36% in November.

"The findings of our latest survey are alarming. In only three months, the number of young South Africans wanting to emigrate has increased by nearly 50%," said Wakefield. She said the survey showed that those who wanted to leave the most were mostly young people whose skills were desperately needed in the country.

It would be a great shame if South Africa would go the way of Zimbabwe. But we would not be surprised. The results of escalating South African infighting will not benefit any population. But inevitably, failing politicians will create further discord to suit their own purposes.

The white upper classes and landowners are starting to leave in larger numbers, from what we can tell. Lower-class whites will not likely travel abroad beyond the continent so they will go to other African countries that will welcome them for their food growing skills, according to sources familiar with the South African scene.

The result will be basically to weaken food security around Africa and to bring Nigeria's dominance to the fore. Nigeria is a huge country with a corrupt political culture and its ascendance will not benefit Africa greatly, from what we have heard.

Nonetheless, from our point of view this is what the Western elites have been driving toward as they apparently wish to construct world government and to create an African Union that is analogous to the European Union in size if not in efficacy.

It is not well understood that the system of apartheid was developed by the British in the 1920s and imposed on South Africa. The Boers did not invent it, though they grew up under it and eventually endorsed it or at least tried to reconfigure it to make it work.

But how can one make institutionalized racism work? The other end of the disinformation spectrum presents the current crop of black leaders as "wise men" who will rescue South Africa from a violent and dissonant destiny.

Thus, we have a dominant social theme – that government actions taken to reduce racism are feasible and effective. The subdominant theme in this case is the idea that the current crop of black leaders in South Africa (and Zimbabwe) is capable of configuring a wiser government than previous white governments.

Both of these ideas contribute to the larger power elite meme that government itself is a malleable force for good and a necessary one when it comes to addressing the ills of society. For this reason, there has not been the kind of emphasis on Zimbabwe's miserable decline that there was on apartheid regimes in South Africa and Rhodesia (before it was renamed).

If South Africa falls apart, there will not be a great deal of mainstream reporting, either, we would guess. In fact, the power elite will simply push forward with their plans to centralize Africa under one regime. The removal of Libya's Muammar Gaddafi was a step in this direction, from what we can tell.

The article above points out that the ANC-led government has made "great strides in improving the lives of the average mine worker. Despite these efforts, which were not only necessary but overdue, it has sadly watched in despair as gold production began a progressively downward slide."

What has been the result? " Frustratingly, this too culminated in an ever-increasing metals prices market, of which the country saw no benefit."

This is, in fact, the larger story of South Africa and Zimbabwe. As blacks have finally overcome some of the horrors of apartheid, their governments have focused cruelly on socialism and the expansion of quasi-authoritarian rule. They have overpromised and under-delivered.

The Maverick puts its this way: "Quite simply, government has failed in its duty to nurture the industry that continues to employ thousands of people – and the many more that depend on them for a decent living. Informal research indicates that up to seven people are directly supported by every South African miner."

And The Maverick adds:

Whilst its intentions may have been noble, government's stringent requirements on the industry have placed management under pressure to comply with excessive bureaucracy in the form of biased labour legislation. The result is that rather than focusing on operations, management is often locked in protracted wage negotiations with labour, their hands tied by the fact that the very same labour is increasingly unproductive. There is a high prevalence of silicosis, tuberculosis and HIV/Aids in mines across SA."

The industry has suffered crippling strikes – the damage not only confined to the number of days lost to no production. The knock-on effects are significant.

Why on earth would investors sink vast amounts of capital into new or expansion projects if government is perceived to be charging them a kings ransom, only at the same time unable to assure them of basic services?

In South Africa, the past does matter. It explains the present. Gold, and the mining industry in general, continues to set the agenda – in this case, the political. But for how much longer? Gold's significant 200-year influence on the Republic of South Africa is soon coming to end, some say within 30 years. What a sad day it shall be.

It will be a sad day, indeed, but one that could still be avoided if there is more stress on free markets in South Africa and less emphasis on the evils of apartheid and the continuing exploitation of African blacks by white people. But if land expropriation becomes the chosen course and if white people do not even receive compensation for their lands, the bitterness shall rise and the future shall beckon that parallels Zimbabwe.

The consistent decline and government mismanagement of South Africa's gold mines is a warning call to those who are concerned about South Africa and the direction in which it is headed. Will it be heeded?