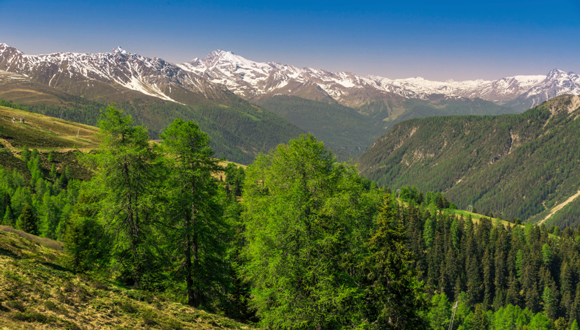 Swiss Gold Initiative Would Hamper SNB Policy, Government Says … Asking the Swiss National Bank to hold a fixed portion of its assets in gold would hinder monetary policy, the government said today. Switzerland will vote on the initiative "Save Our Swiss Gold" on Nov. 30 that would force the central bank to hold at least twenty percent of its assets in gold. It would also forbid the sale of any such holdings and require all the gold be held in Switzerland. – Bloomberg

Dominant Social Theme: This is ridiculous. Everyone knows central banks are progressive and gold is a barbarous relic.

Free-Market Analysis: So having severed what was left of the link between gold and the Swiss franc around 2000 AD, the Swiss are now having second thoughts. Good luck to them.

We've tried to figure out if there's more to this than meets the eye. We're not sure. Usually when something like this happens, the globalist clique that works hard to maintain and expand its control wants to control both sides of the argument.

We think that's happening with the BRICS, for instance. We need to remind ourselves that the concept of the BRICS was developed by former Goldman Sachs economist Jim O'Neill. And the BRICS don't really offer an alternative money, do they?

In fact, the BRICS radical idea of monetary reform is to create alternative International Monetary Fund and World Bank structures. They can't do better than that? India, China, Brazil and Russia – even South Africa – are fiat-money based with central banks, etc.

That's why we're skeptical about this so-called schism between the BRICS and the Western world. The idea is that the BRICS have had enough of the dollar and want to create an alternative currency. The upshot may be a phony currency war leading to proposed international money of sorts, perhaps a basket of currencies. It could even include gold.

But why wait? If one of the BRICS wanted to create a currency to take over the world, that country would simply have to link its currency to gold.

And now the Swiss seem to be considering that. Here's more:

Opinion polls will be published later this month. The SNB's balance sheet ballooned in the wake of the currency interventions it waged to defend the minimum exchange rate of 1.20 per euro set in 2011. The SNB held foreign-exchange reserves of 462.2 billion francs ($481 billion) at the end of September, with total assets of about 522 billion francs.

Initiatives are a key element of Switzerland's direct democracy. The gold initiative was started by several members of the Swiss People's Party SVP, who collected the requisite 100,000 signatures for the measure. SNB President Thomas Jordan has on several occasions urged its rejection, saying it would make it difficult to fulfill the institution's mandate for price stability.

"The initiative has the potential to limit the central bank's ability to act," he told Frankfurter Allgemeine Zeitung in an Oct. 1 interview. According to Beat Siegenthaler, currency strategist at UBS AG in Zurich, the SNB would be forced to buy about 1,500 tons of gold over five years to meet the required 20 percent threshold.

As of the end of June, the central bank, based in Zurich and Bern, owned 1,040 tons of the precious metal. Its gold holdings have made the SNB dependent on market developments. It was forced to scrap its dividend last year after it suffered a 9.1 billion-franc loss after price of gold experienced its biggest plunge since 1981.

The SNB said in April 2013 that about 20 percent of its gold was with the Bank of England and 10 percent at the Bank of Canada, with the remainder stored in Switzerland.

When we look at reports surrounding the Swiss Franc and its central bank we find considerable skepticism regarding even the gold that the Swiss Bank claims to have. TFMetalsReport.com provided an insightful look into the modern Swiss monetary economy in May in an article entitled, "An Open Letter to the Good People of Switzerland."

I hate to be the bearer of bad news, Switzerland, but what you suspected all along is actually true. Your gold is gone. All of it. Leased and sold away by your central bankers and politicians.

As recently as 1996, the Swiss Franc was considered "good as gold". Why was this the case? Since the early 20th century, the Swiss Franc had offered a reserve backing of gold. This uniquely sound currency had given the country of Switzerland considerable financial power and independence, yet, at the urging of their politicians and central bankers, the Swiss willingly forfeited this enviable position.

The demise of the Franc and Swiss sovereignty began in 1992 when the Swiss made the fateful decision to join the International Monetary Fund (IMF). The IMF's Articles of Agreement (Article IV, Sec 2b) clearly state that no member country can have a currency linked to gold and, as such, Switzerland immediately set out on a course to de-link the Franc from gold. Just four short years later, the Swiss National Bank (SNB) and the Swiss government had formed a plan to eliminate the Franc's gold backing and, in March of 1997, a revision of the Nationalbank Act was passed and all links of gold to the Franc were removed. Further, since the Swiss constitution mandated sound money, it had to be amended, too. Thus, in a hastily organized vote, a new Swiss constitution was approved in May of 2000. (http://www.efd.admin.ch/dokumentation/medieninformationen/archiv/00382/index.html?lang=en) This served to finally and permanently sever the Franc's gold backing and initiated the Swiss into the world of global fiat currency.

The SNB has spent the 14 years since leasing and re-leasing the country's gold reserves. In 1999, the SNB reported gold reserves of 2,590 metric tonnes. The most current "audit" of SNB reserves showed just 1,040 metric tonnes of gold remaining on the balance sheet and I believe that none of this is actual, physical gold. Instead, what the SNB holds are paper claims and promissory notes. The remaining 1,040 tonnes has been sold and re-sold into the marketplace by greedy bullion banks, intent upon suppressing price through the leverage of paper metal futures contracts and rehypothecation. In other words, the "gold" that the SNB claims to hold/own on behalf of the Swiss people is gone. This makes the Swiss people just another bagholder, certain to be left in line wanting with all of the other holders of unallocated accounts when the fractional reserve bullion banking system inevitably collapses.

Furthermore, I've come to the conclusion that it was this last bit of Swiss gold that was utilized to suppress and manipulate price away from the alltime highs of September 2011.

Now, we can't vouch for the information above, but it does parallel other reports about central bank gold. Germany, for instance, is going to have to wait many years to receive its gold from the US Federal Reserve. That doesn't exactly inspire confidence.

As the excerpt above indicates, those who distrust modern central banking believe that much of the gold that central banks have traditionally been charged with safeguarding has actually been lent out at low prices to "suppress" the gold price. Central banks are under enormous pressure these days, however. As we predicted long ago, the whole paradigm is likely starting to collapse, and it hasn't been helped by this six-year long financial crisis.

Before the Internet era, modern Western citizens were likely baffled by the system of "high finance." But after the pain of the past half-decade, an increasing number still may not understand it, but they are considerably more disenchanted. The belief that the system must work the way it does is not so strong as it used to be. And certainly there are historical precedents that inform people of other kinds of monetary precedents.

When we looked into this upcoming Swiss initiative, we couldn't find any "smoking gun" that allowed us to conclude that it was being stage-managed by a kind of controlled opposition. It does come out of the conservative right wing of the Swiss political system – and one of its proponents claims to be a "radical libertarian" even though he famously campaigned to ban minarets from Switzerland.

Those globalists that have propelled central banks from about five at the beginning of the 20th century to about 150 now have been fairly clear that growing financial globalism is an eternal goal. Whether the apparent basket of currencies that seems to be in the works includes gold or not is unclear at the moment. Perhaps the currency will formally be called the bancor, which is what Keynes wanted to name it.

Is this initiative spontaneous? If not, perhaps it's a way to begin to integrate gold back into a conversation about a more global currency. Best case, this gold initiative is both spontaneous and popular. Emotionally and intellectually, that would be a satisfying result.

A good one for the Swiss people, too.